Geothermal drilling has a dismal success record: one out of three holes is dry.

Costs are high, planning is poor and for some geothermal players, well design optimization isn’t top priority, according to experts who spoke during the recent PIVOT 2022 Geothermal Conference.

However, the oil and gas industry is positioned to shed light on drilling and other advances to help unleash the geothermal sector’s potential.

“We know that our skills, our materials, our processes are adaptable to geothermal,” said Tom Blasingame, a petroleum engineering professor at Texas A&M University and session moderator. “We’re not arrogant enough to believe that we can do better than those who’ve devoted their careers to geothermal; however, this time is different. We in oil and gas see energy transition as more of energy addition, and it’s critical that we add carbon neutral baseload power. Geothermal is one of the highest potential, lowest impact energy resources we have available.”

A renewable energy source, geothermal energy harnesses heat belowground using wells to drill into reservoirs. With conventional geothermal, water or steam is produced from wells and then reinjected after the heat is extracted to keep the system operating for long periods of time. The heat extracted can be used to heat or cool homes and buildings via direct use heat or to generate electricity with higher temperature geothermal resources.

Geothermal electricity generation could contribute to net-zero emissions ambitions; however, technology is not on track to reach the required net zero 13% generation increases per year through 2030 that correspond to about 3.6 GW of average capacity additions, according to the International Energy Agency’s November 2021 assessment.

“Geothermal can become economically competitive with technical innovations of integration/optimization of system processes,” said Blasingame. “Geothermal everywhere is probably unrealistic in the short term, but it is coming and we know where and how to harvest the resource. It’s a capital investment value chain that will remain challenging in the near term.”

Besides scalability and monetization, geothermal energy costs are high, according to Sarah Kewett, director of strategy for Farvo Energy and a session moderator. 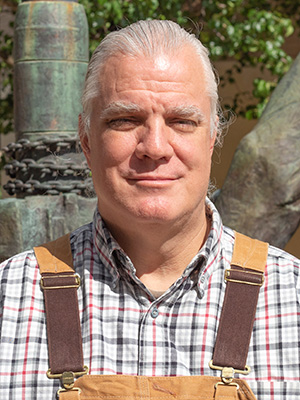 “Geothermal everywhere is probably unrealistic in the short term, but it is coming and we know where and how to harvest the resource.” – Tom Blasingame, Texas A&M University

“There are a number of reasons for this, but a large factor has historically been high well costs due to poor planning coupled with poor drilling success rates,” she said, pointing to GeothermEx data showing one of three geothermal wells drilled are dry.

“There’s a lot of room to optimize well design in geothermal,” said Fabio Rosas Gutterres, technical manager of well completions for Welltec. “It needs to be in the early stage” to better optimize resources and lower costs.

“The oil and gas [industry] has saved a lot of money by reducing the number of wells by improving or increasing the number of zones in a well, for example,” Guttteres said. “When you are able to provide robust, reliable zonal isolation in open hole, you also reduce cementing costs.”

Taking a physics-based model approach is another avenue worth pursuing, according to Scott Farmer, principal drilling engineer for Heimerich & Payne.

“It’s not bringing new technologies, but maybe bringing more advanced methods to casing design and well construction to optimize the design of the wells from the very beginning,” he added.

While geothermal is not seen as competitive compared to other renewables such as wind and solar, it is constant, panelists said.

The downsides are seemingly fewer compared to wind and solar, said Josh Etkind, global deepwater digital transformation manager for Shell. It needs less energy storage; it is baseload; and it doesn’t require massive mining of minerals, he said during a separate session.

“In fact, you can even separate things like lithium out of the water that you produce. It uses much less land: one-tenth of coal, one- eighth of solar PV [photovoltaics], one-third of wind,” Etkind added. “It’s clean; less greenhouse gases [emitted] across the life cycle.”

In recent years, more oil and gas companies have been investing in geothermal projects, leveraging its knowhow, especially on the subsurface part, said Concetto Fischetti, energy transition director for the International Association of Oil & Gas Producers.

This comes as the U.S. incentivizes geothermal developments and lead initiatives to improve techniques and technology.

Efforts include the Department of Energy’s Frontier Observatory for Research in Geothermal Energy (FORGE) initiative, a collaboration between government agencies, universities, nonprofits and industry to develop, test and accelerate enhanced geothermal systems, technologies and techniques. In May, the Utah FORGE research team successfully completed a 10-day three-stage hydraulic stimulation of an injection well.

“No one problem is too difficult if we can apply our brain power and our knowhow and our technology,” said Flora Moon, sustainability practice director for Expressworks International.

She spoke about circularity in geothermal, and its role in processes, initial designs and business approach to ensure the value chain is circular. 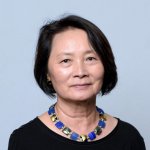 “If we can figure out how to tap into geothermal, then we will have Earth as a partner in terms of giving us energy and the kinds of help that we need to advance our living.” – Flora Moon, Expressworks International

“It’s a complicated value chain because actually it’s mixing subsurface with surface facilities, engineering across all the chain,” Fischetti added, noting this is where the oil industry’s megaproject knowledge could come into play.

Most of the oil industry’s skills are transferable, said Josh Etkind, global deepwater digital transformation manager for Shell. These include not only technical skills but also in areas such as project management, economics and finance, data science, regulations and logistics, he said. Just as with oil and gas, he added, “we have to figure out how many resources are there... We have to figure out how to profitably produce them safely and plan and execute large, complex projects and then safely manage the asset throughout its life all the way through decommissioning.”

Geothermal resources should be mapped out to help show its distribution, Moon added, noting that could spark more enthusiasm and encourage licensing.

“Nature actually provides a lot of resources that we have worked around rather than working with,” she said. “If we can figure out how to tap into geothermal, then we will have Earth as a partner in terms of giving us energy and the kinds of help that we need to advance our living.”