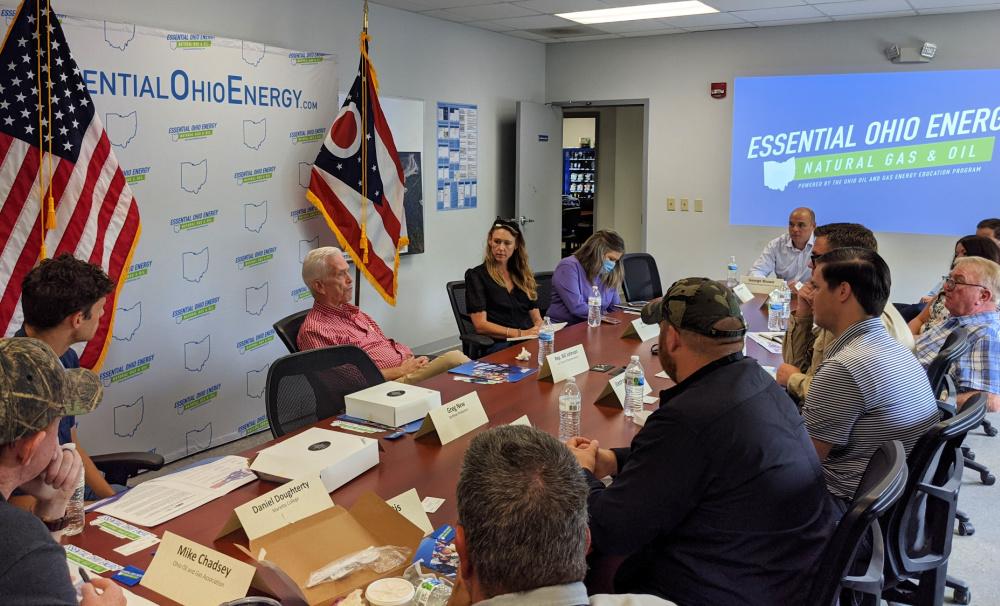 Trade groups representing the oil and gas industry in Ohio recently completed a series of educational roundtables with members of the state’s congressional delegation aimed at clearing up misconceptions about their industry.

“The messages we delivered to the delegation were pretty simple,” Mike Chadsey, director of public relations for the Ohio Oil and Gas Association (OOGA), commented in a statement on Sept. 27. “We asked them to look past the headlines coming out of administration and come hear from those who go to work every day on behalf of this industry to understand how seriously we take the protection of human health, safety and the environment.”

In partnership with the Ohio Oil and Gas Energy Education Program (OOGEEP), OOGA hosted a series of roundtables with U.S. Reps. Bill Johnson, Bob Gibbs and Troy Balderson as well as U.S. Senator Rob Portman to ensure all of Ohio’s congressional delegation is familiar with the natural gas and oil industry.

“We wanted them to know we are part of the climate change solution, not the problem and that we are proud of the work we do powering our economy every day,” Chadsey added.

Ohio was in the top five dry natural gas-producing states in 2019, according to the U.S. Energy Information Administration. The roundtables, which will be first in a series, included tours of Williams’ natural gas processing facility in Scio, Ohio, and a drilling rig in Licking County.

“Whether I’m talking to representatives of the administration from the Energy Department, from the National Energy Regulatory Commission, the EPA, the Army Corps of Engineers, those agencies within the administration that issue regulations that affect this industry, or groups like the Ohio Oil and Gas Association, you can better believe I will continue to speak about the importance of the resources that we have here.”

“Despite the current anti-energy policies of the Biden administration, I am confident Ohio will continue to be a leader in the energy industry. Ohio is a vital player in our future as an environmentally and economically sustainable energy-producing nation.”

“When politicians in Washington choke domestic oil and gas production, consumer demand does not change. The result is increased reliance on foreign sources, fewer American jobs, and weakened energy security. Oil and gas are about more than just fuel in your tank and lights in your home, they are key components to thousands of products we rely on every day. Ohio’s energy jobs are essential to the long-term economic success of both our state and the nation.”

“Thanks to the Ohio Oil and Gas Energy Education Program for pulling together a great group of stakeholders for a discussion on many of the issues impacting Ohio’s oil and gas industry, including how investing in the state’s infrastructure will help improve our roads and bridges, increase broadband access, help our energy grid and develop new energy technologies.”

OOGA is a trade association with members representing the people and companies directly responsible for the production of crude oil, natural gas, and associated products in Ohio. Expansion of shale drilling into the Utica resulted in an expansion of OOGA membership.

Meanwhile, OOGEEP is a non-profit statewide education and public outreach program created in 1998 to provide a variety of programs throughout the state of Ohio on behalf of Ohio’s natural gas and crude oil producers.

“Ohio has a storied history when it comes to natural gas and oil,” George Brown, executive director of OOGEEP, said in a statement. “We appreciate the opportunity to share that history with members of Ohio’s congressional delegation, and provide them an update on the ongoing investments being made in Ohio.”