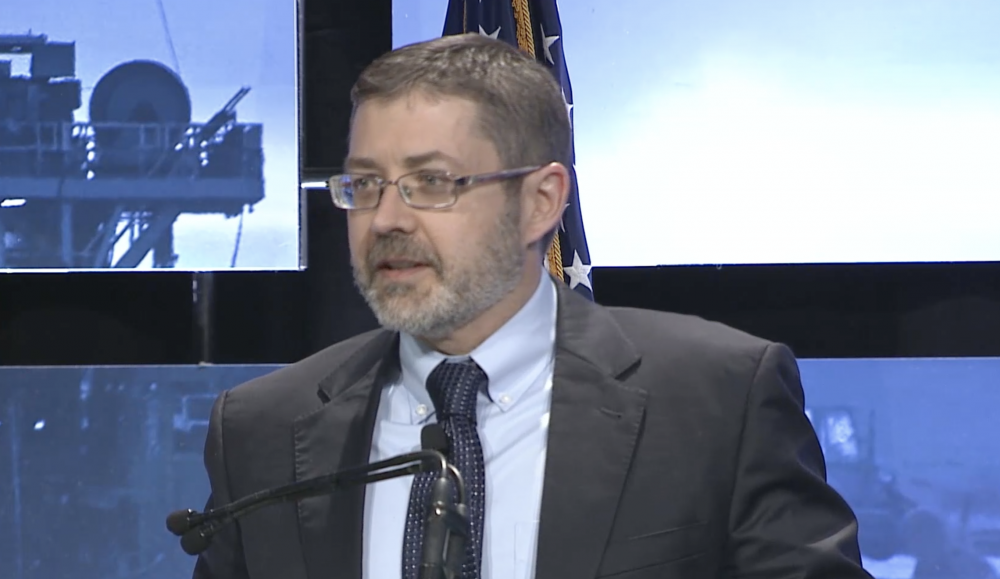 DENVER—Despite cutting its capital expenses by about 40%, Oasis Petroleum is expecting to see continued production increases from its Williston and Delaware basin operations. Speaking at Hart Energy’s recently held DUG Rockies conference and exhibition, Jason Swaren, vice president of operations, said Oasis is planning to spend $550 million this year, about $412 million of which will be allocated to its Williston operations. The rest will be spent in the Delaware Basin. The result will be about $200 million in positive cash flow, he said.

Swaren said the reduction in capex is being reflected in a drawdown in Oasis’ drilling operations.

“Last year, we ran a four-rig program all year,” he said. “Entering 2019, we quickly pulled back to three rigs, and today we’re running two. And we plan to run two rigs for the rest of the year.”

Swaren said Oasis will operate two frac fleets for the year and complete about 70 wells in the Williston Basin. The company will maintain its two-rig operations in the Delaware Basin, where it will complete nine to 11 wells this year, he said.

“Even with the pullback, we’re still going to grow production by about 7% year-over-year,” Swaren said.

Through the first quarter of the year, Oasis was producing more than 91,000 boe/d, which falls on the high end of the company’s full-year guidance. Swaren explained the company’s production strategy for the year would be to hold its Williston Basin production flat from its fourth-quarter 2018 exit rate, while growing its Delaware production to about 3,000 boe/d, a 50% increase over last year’s production rate.

Swaren said this year marks the fifth consecutive year that Oasis Petroleum has operated with a positive cash flow.

Among the drivers behind the company’s cost structure have been improved lease operating expenses (LOE). Since 2016, Oasis has seen its LOE fall by 28% from $10.18 in 2014 to about $7 this year. Swaren attributes the savings to building out the company’s infrastructure operations, applying data algorithms to its operating and preventative maintenance operations and improved training programs.

In order to improve its training program for new employees, Oasis Petroleum partnered with Williston State College. Swaren said the program was initially designed for its lease operators, but has since adopted a curriculum for its frac operators and midstream business operators as well. 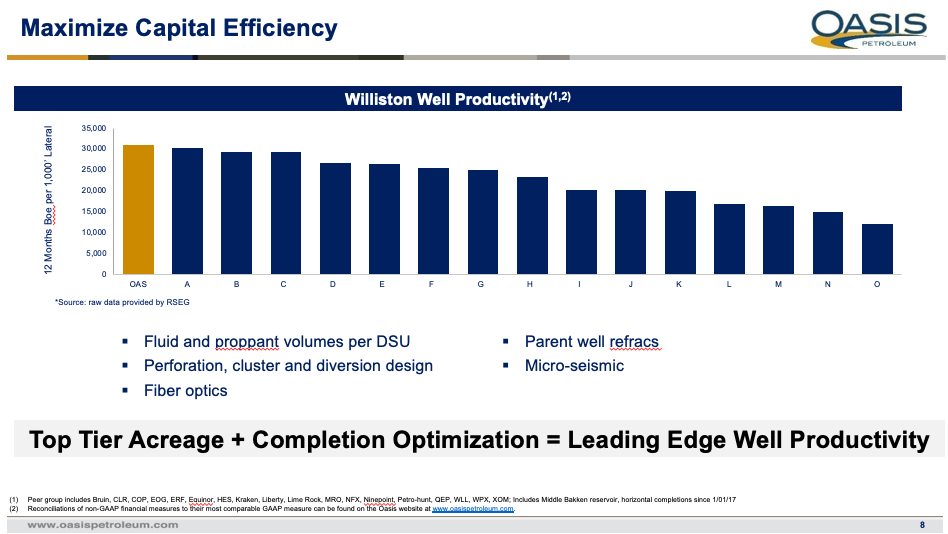 Swaren also highlighted the company’s evolution of its frac designs and how it has optimized its completions in order to improve efficiencies and production. One of the changes the company has adopted has been to optimize its fluid and proppant volumes per drilling spacing unit rather than per well. Oasis has also applied microseismic and fiber optic technology to improve the performance of its wells and avoid parent/child well interactions.

“We’re hopeful that applying these technologies to that additional acreage, we can move that into top tier,” Swaren said.