North Dakota is suing the U.S. government on claims the Department of the Interior and the Bureau of Land Management (BLM) illegally canceled oil and gas lease auctions in the state.

The complaint, filed late July 7 with the U.S. District Court for the District of North Dakota Western Division, said March and June auctions nixed by the federal agencies cost the state $80 million in lost revenues.

“I have taken this action to protect North Dakota’s economy, the jobs of our hard-working citizens, and North Dakota’s rights to control its own natural resources,” North Dakota Attorney General Wayne Stenehjem said in a statement.

North Dakota is the second-biggest crude oil producing U.S. state, with the bulk of its tax revenues produced by oil and gas activity. The amount of lost revenue caused by canceled leases could grow to into billions of dollars in the coming months, the state argued.

The BLM and Department of the Interior were not immediately available for comment.

The lawsuit follows a ruling by a federal judge in Louisiana last month blocking the Biden administration’s pause on oil and gas leasing on public lands and waters.

The order granted a preliminary injunction to Louisiana and 12 other states that sued Democratic President Joe Biden and the Interior Department over the leasing freeze, a key element of the White House’s effort to address climate change. 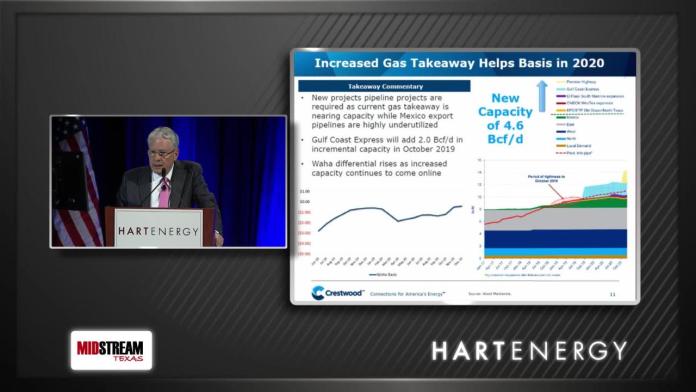 Permian Basin oil and gas output has surged beyond the industry’s most optimistic projections. Crestwood CEO Bob Phillips reviews what the midstream is doing to handle that swelling tide.

What’s happening in Washington and Austin? The Texas Legislature has wrapped up its session and the Texas Railroad Commission continues to confront industry challenges.