Marathon Oil Corp.’s $3 billion cash deal for Ensign Natural Resources earlier this month was another sign that the Eagle Ford’s pre-owned market is starting to heat up.

The announcement by Marathon follows the September closing of Devon Energy Corp.’s purchase of Validus Energy for $1.8 billion. Meanwhile, Chesapeake Energy Corp. is shopping its Eagle Ford assets in a deal that Enverus said in July could fetch between $4.6 billion and $5.9 billion, based on strip prices at the time.

Still, how actively the assets are being marketed is unclear, although, in June, Reuters reported BlackBrush had placed some of its Eagle Ford and Austin Chalk assets up for sale. 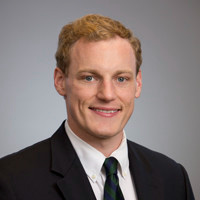 “The allocation of value to undeveloped land in the Marathon purchase of Ensign looks more in line with the usual Permian valuation rather than the Eagle Ford where assets tend to trade closer to production value.”—Andrew Dittmar, Enverus Intelligence Research

The Ensign deal in the Eagle Ford addresses a key issue for Marathon: lack of inventory life, but with a willingness to pay prices more in line with the Permian Basin, Dittmar said.

“The allocation of value to undeveloped land in the Marathon purchase of Ensign looks more in line with the usual Permian valuation rather than the Eagle Ford where assets tend to trade closer to production value,” Dittmar said.

“We have expected the company to make an acquisition of this type,” Dittmar said. “Critically, Marathon was able to extend its inventory runway while keeping the deal accretive to its own key financial multiples of cash flow multiple and free cash flow yield. Adding inventory while keeping the deal accretive to free cash flow has been among the largest challenges for public companies in the current market.”

The deal is another example of a public company looking to take advantage of private equity exits to secure inventory and production, he added.

Where is the Eagle Ford’s consolidator?

The Eagle Ford stands apart from other mature basins because buyers are so far choosing to add acreage adjacent to their existing footprints while keeping an eye on their balance sheets.

Companies such as Marathon, Devon and ConocoPhillips have such strategic core positions that they are more inclined to focus on core bolt-ons rather than aggregating the whole basin, Craig Lande, managing director at RBC Capital Markets LLC, said at Hart Energy’s A&D Strategies and Opportunities Conference in Dallas last month.

The Eagle Ford is the “only core basin where there is no public consolidator,” Lande said.

Look for smaller publics like SilverBow Resources Inc. and Ranger Oil Corp. to “try and fill that consolidator role by continuing to be acquisitive in the Eagle Ford,” he said.

As larger public companies continue to hunt for more inventory, the Eagle Ford offers the potential for more activity.

Marathon said it estimates it will acquire more than 600 undrilled locations, representing an inventory life of more than 15 years.

The acquisition also includes 700 existing wells, most of which were completed before 2015 with early-generation completion designs. Marathon said the locations offer upside redevelopment potential but weren’t considered in the company’s valuation of the asset or inventory count. 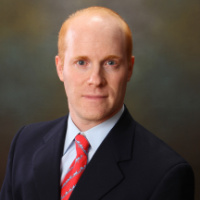 “There’s going to be a lot of turnover in Eagle Ford. It’s great rock. So, I think a lot of people have seen this as an opportunity.”—Craig Lande, RBC Capital Markets LLC

The Eagle Ford, like the Bakken, started to see widespread development more than a decade ago, when drilling activity was dominated by earlier well completions.

“One of the ideas in both plays is they sort of matured, hit the late innings, is to go back and revisit some of those older laterals with refracks and see what kind of production you can get out of them,” Dittmar said.

While refracks are intriguing, most companies are likely to take a conservative approach to underwriting deals based on restimulating legacy wells.

“The Eagle Ford has a pretty interesting rate of change right now,” he said.

E&Ps are familiar with the Eagle Ford’s core target zones. But they’re also revisiting under-completed wells, which have helped revitalize the Austin Chalk.

“You’re finding ways to bring some additional inventory life out of what people thought of as a fairly mature play,” Dittmar said. “I think that's one thing that's spurring this new interest in M&A in the play.”

Some of those legacy positions are now operated by private companies such as BlackBrush, backed by Bain Capital Specialty. BlackBrush hired an investment bank to run an auction for more than 30,000 net acres in the Eagle Ford, according to a Reuters report in June.

“There’s going to be a lot of turnover in Eagle Ford. It’s great rock,” Lande said. “So, I think a lot of people have seen this as an opportunity since there is no big basin bully necessarily to come in and” consolidate.

Chesapeake represents the opposite move: a public company looking to divest from the Eagle Ford as it moves back toward its prowess at producing natural gas.

Dittmar said Chesapeake might be better off splitting its assets into smaller packages.

Chesapeake has a large, more traditional deep South Texas footprint in the Eagle Ford in counties such as LaSalle and Dewitt counties. The company’s subsidiary Brazos Valley Longhorn LLC also manages assets it purchased in 2019 from WildHorse Resource Development Corp. for nearly $4 billion.

Dittmar said he suspects that were Chesapeake to sell off assets in packages, rather than as a whole, “you’re definitely going to have a much larger buyer pool for the assets if you’re willing to sell it in multiple pieces.”

“Plus, you have two fairly distinct geographic and commodity mix and different economics between the Brazos Valley and the traditional Eagle Ford pieces,” he added.

Such an approach would also enable companies to target areas that are more specifically accretive or bolt-on to their own operations.

“I think that you’re going to have a lot better success in the marketplace with a multi-pack offering for that versus a single deal,” he said.