U.S. President Joe Biden's visit in recent days to top oil exporter Saudi Arabia ended without any announcements that the kingdom would raise oil production to help lower fuel prices, which are spurring the highest U.S. inflation in four decades.

Top U.S. energy envoy Amos Hochstein told a television program on July 17 that major producers with spare capacity are likely to raise output in the coming weeks, based on discussions held during Biden's visit.

Saudi foreign minister Prince Faisal bin Farhan Al Saud said that OPEC+ would continue to assess market conditions and do what is necessary.

With OPEC and its allies, known as OPEC+, unwinding record output cuts agreed in 2020, Saudi Arabia and the United Arab Emirates are believed to hold OPEC and the world's only sizeable amounts of unused production capacity.

OPEC's oil capacity in general has been thinned by a number of factors, including periods of low oil prices amid a global surplus in 2014-2016 and a drop in drilling rates due to the COVID pandemic in 2020.

The Gulf producers, including Saudi Arabia, were not immune to this process, according to analysts and industry sources, limiting the scale of any increase that could be provided at least in the short term.

Here are some answers to questions around how much more oil Saudi Arabia could pump.

What does Saudi Arabia say?

State oil firm Saudi Aramco said in a statement to Reuters earlier this month that the company maintains a crude oil maximum sustainable capacity (MSC) of 12 MMbbl/d and had raised output to this level two years ago. Based on Saudi Arabia's June output of 10.65 MMbbl/d, that leaves 1.35 MMbbl/d extra that could be produced.

Prince Mohammed said on July 16 Riyadh had announced it would be raising its production capacity to 13 MMbbl/d by 2027 and "after that, the kingdom will not have any more capability to increase production."

How much more can the Saudis pump?

Two industry sources recently questioned whether 12 MMbbl/d can be reached.

A senior source said Aramco could pump another 1 MMbbl/d, on top of the roughly 10.5 MMbbl/d it was then producing, meaning output could not go above 11.5 MMbbl/d. Another source, citing information from private conversations with Aramco insiders, said Aramco could not pump more than 11 MMbbl/d without drawing on stocks.

What did Macron say?

Macron said he'd been told by the UAE's president that Saudi Arabia could increase output by 150,000 bbl/d or maybe a little bit more, and they did not have "huge capacities" until six months' time.

Saudi Arabia could add to supply temporarily by drawing down stocks held both in the kingdom and in consuming centers.

What about extra drilling?

Industry sources say Saudi Arabia has been ramping up drilling rates, which recovered only modestly or declined further in 2021 according to OPEC figures, in an effort that could lift production capacity. 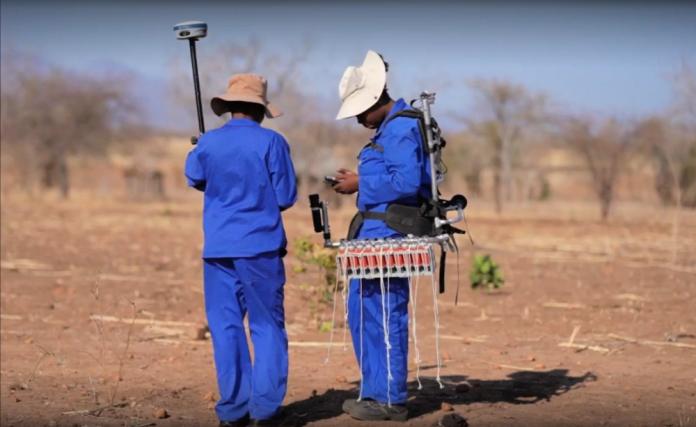