HOUSTON—Unlike some of its peers, Chevron Corp. is looking to grow its oil and gas business as it dives deeper into new energies.

“We’re deliberately trying to grow it because we see the world needing the energy,” Colin Parfitt, vice president of midstream, told Hart Energy. “But as we do that, we are really focused on [reducing] the carbon intensity of it.”

The carbon intensity of Chevron’s portfolio has consistently fallen in recent years, dropping from 74.9 grams CO₂e/megajoule in 2016 to 71.3 last year. It’s targeting 71 for 2028.

Chevron plans to spend about $8 billion on low-carbon investments by 2028 as it pursues greenhouse-gas abatement projects alongside carbon capture, hydrogen and offsets. The midstream unit, which is focused on supply and trading via shipping, pipeline and power, has a crucial role to play in it all. 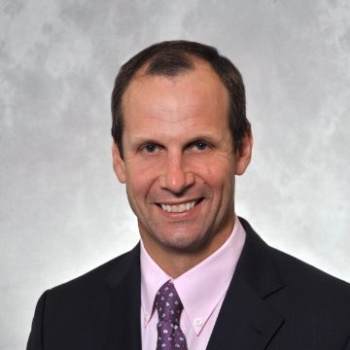 “As the sources of energy change, that will drive some change in the midstream industry because you’re going to have to think about how do you transport all of those new energies.”—Colin Parfitt, Chevron Corp.

Thinking about midstream in general, “it is taking products and moving it from A to B. So, it’s the physical part: pipelines, shipping, trucking and it’s also the commercial things that you have to do,” Parfitt said. “As you think about energy transition and new forms of energy, you still need to do that and you still need to think about how you get them from A to B. … As the sources of energy change, that will drive some change in the midstream industry because you’re going to have to think about how do you transport all of those new energies.”

Parfitt sat down recently with Hart Energy while attending the Reuters Energy Transition North America conference to speak about the evolving role of midstream, emerging new energies, recent changes at Chevron and challenges ahead.

Despite laws such as the Inflation Reduction Act and Bipartisan Infrastructure Law positioning the U.S. to lower emissions, infrastructure remains a challenge. Energy players have pointed to lengthy environmental and judicial reviews for halted pipeline projects. That, they say, is preventing more gas supplies from being unlocked to reduce coal usage.

“It’s an issue in existing oil and gas business … but it’s also true of new energies as well,” Parfitt said of making infrastructure work. “Whether you want to move hydrogen or carbon dioxide or electricity, you still need to figure out how to get it from A to B.” Creating new infrastructure for new energy projects is still an issue to be resolved, he said, “and it’ll probably takes years or decades to get fully worked through.”

He also spoke of the energy crisis in Europe and the shortage of natural gas due to Russia’s invasion of Ukraine.

“Europe used to take 40% of its natural gas from Russia. That’s stopped to a trickle, so Europe actually needs all sorts of energy to fill that gap,” Parfitt said. “There’s actually plenty of gas in the United States. … But to get it there, you need to produce it. You need to move in a pipeline. You need to have an LNG facility, you need LNG ships and you need regasification facilities in Europe.”

It is doable, but planning, permits and infrastructure are needed to make it work, he said.

“You’ve got to figure out where are you going to produce it, who are the consumers and how do you get it from A to B and none of that is built out yet,” Parfitt said.

“Building out infrastructure, both from a planning and a permitting perspective, is going to be huge to make all of this work.”

There are about 1,600 miles of hydrogen pipelines operating in the U.S., according to the Department of Energy. Most of this is located along the Gulf Coast, where chemical plants and refineries use hydrogen for petroleum refining and fertilizer production.

Efforts are underway to grow the hydrogen market in the U.S. as the Energy Department’s Regional Clean Hydrogen Hubs program gears up to dole out up to $7 billion to establish up to 10 regional clean hydrogen hubs. The effort is part of a larger $8 billion hydrogen hub program funded through the Bipartisan Infrastructure Law.

“Hydrogen is really hard to ship and it’s not easy to move by pipe,” Parfitt said, noting it can be blended. However, “you worry about metallurgy in the pipe. A pipe can’t take any type of energy so you need to make sure it fits.”

Hydrogen can also be moved as ammonia, a derivative of hydrogen—making it easier to transport as a liquid. “All of that’s playing out at the moment,” he said.

One of Chevron’s recently announced low-carbon partnerships will focus on the hydrogen value chain, including studying liquid organic hydrogen carriers in the U.S. Broadley, the partnership, announced in November with Japan’s JERA, will collaborate on multiple low-carbon opportunities, including production; carbon capture, utilization, and storage; and new technology commercialization.

In October, Chevron Corp. joined a collaboration with Air Liquide, LyondellBasell and Uniper SE to evaluate the potential for a hydrogen and ammonia production facility on the U.S. Gulf Coast.

As Chevron works to grow new energies, it has strengthened its renewable fuels business, offering cleaner fuels to customers also looking to improve their emissions footprints. The company completed its $3.15 billion acquisition of the Renewable Energy Group in June.

“Think about big trucking companies. They want to try and get into renewable energy as well,” Parfitt said. “We look to our existing customers who take oil-related products and the question is, ‘Can you give them renewable fuels or can you give them a blend?’”

“At the moment you can get in 2% into a blend, maybe up to 5%. But 95% of what goes into a jet aircraft is still coming from oil and oil-derived products,” Parfitt said. “What we can [offer] aviation customer is supply both of them and supply it together. Then, you can start working with them on technology to see if you can get past the hurdles they have.”

While moves are being made outside the organization, Chevron is also working to become more efficient in-house, having announced the company is combining its upstream, midstream and downstream sectors.

The change is aimed at internal efficiency and lowering carbon intensity, looking to drive higher returns and lower carbon.

“One of the things we talk about internally is optimization of value chains going across the business,” Parfitt said, pointing out the challenge of reducing carbon intensity across upstream, midstream and downstream. A project to reduce carbon emissions in one unit might have a greater impact than in another unit.

“By putting the three together, we’re basically going to be able to high-grade opportunities and pick the ones that drive the most benefit for the world, the most benefit in getting carbon emissions down, rather than picking the one that fits within that separate business unit,” Parfitt said.

“This is a big opportunity for us to actually get at it faster in terms of reducing the carbon intensity of our oil and gas operations,” he added.