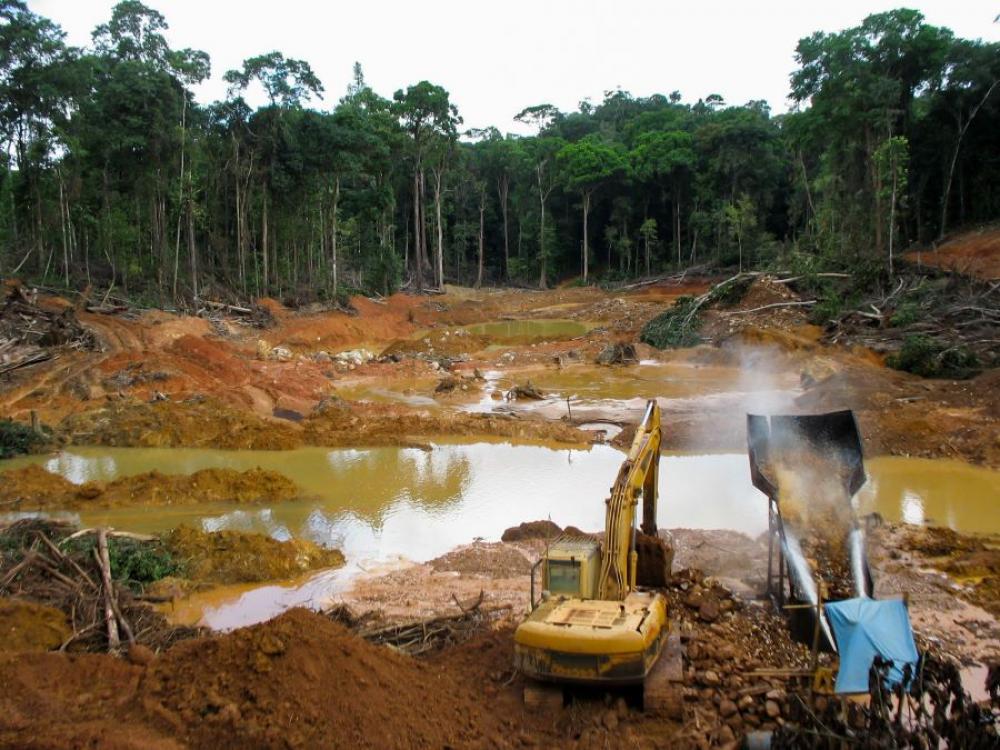 Hess Corp. announced a deal Dec. 2 to acquire 37.5 million REDD+ jurisdictional carbon credits directly from the government of Guyana between 2022 and 2032 for a minimum of $750 million.

The credits will be on the Architecture for REDD+ Transactions (ART) registry and independently verified to represent permanent and additional emissions reductions under ART’s REDD+ Environmental Excellence Standard 2.0 (TREES), the U.S.-based independent announced in a press release.

The agreement supports government efforts to protect Guyana’s vast forests and will provide capital to improve the lives of Guyanese citizens through government investments as part of the country’s Low Carbon Development Strategy (LCDS) 2030, Hess said.

Additionally, the agreement strengthens Hess’ commitment to back global efforts to address climate change and fits with its pursuit to achieve net zero greenhouse gas emissions by 2050, the company added.

Guyana, a small country of almost 800,000 people, according to the United Nations, joined the global oil producers club in late 2019 when an Exxon Mobil-led consortium, including partners Hess and China’s CNOOC, initiated production offshore in the Stabroek Block.

Stabroek holds an estimated gross discovered recoverable resource of around 11 Bboe and is currently producing more than 360,000 bbl/d from the block’s first two developments Liza Phase 1 and Phase 2. Production from the block is expected to exceed 1 MMbbl/d gross in 2027, Hess Corp. CEO John Hess reiterated in late October in another company press release.

Guyana and Suriname share the prolific Guyana-Suriname Basin offshore, which continues to see ongoing exploration activities across a number of blocks. Guyana is a key part of Hess Corporation’s growth strategy, which includes a focus on advantaged low-cost, low-carbon barrels.

“Development of Guyana’s oil and gas resources is important to meet the world’s growing demand for affordable and secure energy, which is essential to ensure a just and orderly energy transition,” Hess said. “We are pleased to support the country’s efforts to advance sustainable development and enhance the quality of life for the people of Guyana.”

Despite the start of production, the government of the small English-speaking country in northern South America has pledged to end deforestation by 2030. Guyana’s immediate neighbors include Venezuela to the west, Suriname to the east and Brazil, with its massive land coverage, to the south.

Guyana has over 18 million hectares of forests estimated to store approximately 20 billion tons of CO2e, according to details revealed in its’ LCDS 2030 report published in July 2022. The strategy looks to preserve Guyana’s forests while expanding economic activity with the active participation of Guyanese citizens.

“As one of nine countries/territories in the Amazon Basin – the world’s biggest expanse of tropical forest – Guyana, since 2009, has sought to create a global model for avoiding the deforestation-led development path followed by countries all over the world, while at the same time creating opportunities for prosperous, inclusive development,” the report said.

Guyana launched the first LCDS in 2009, which set out a vision for inclusive, sustainable development while simultaneously maintaining the country’s forests, about 85% of its territory, to help meet some of the most urgent challenges confronting the world, it said.

“Estimates of the economic value that Guyana’s ecosystem services provide to the world are considerable. Guyana’s forests alone provide value that is estimated to range from $40 billion-$54 billion annually,” according to the report.