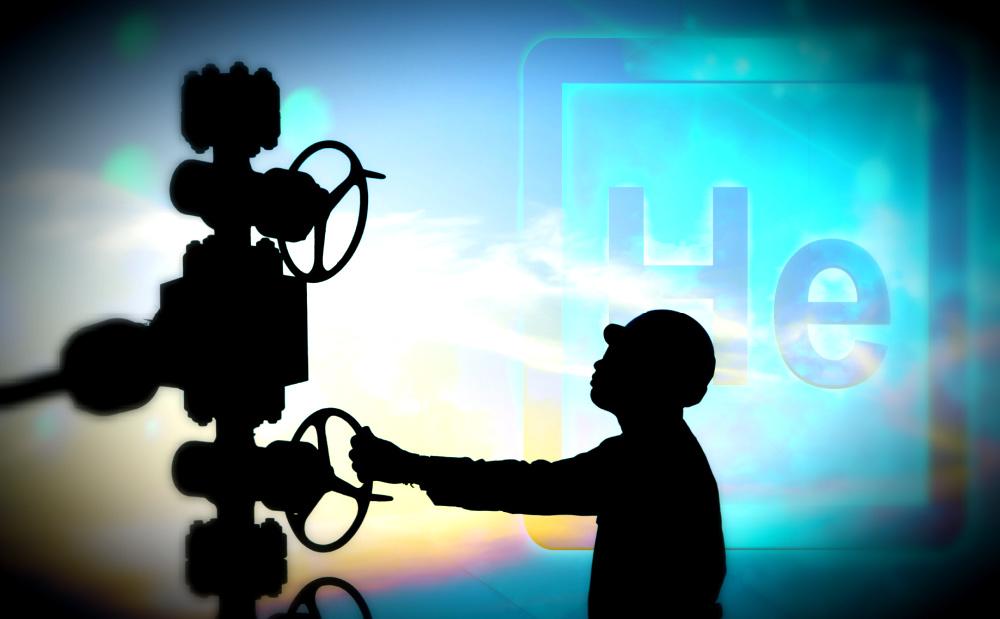 The prospect of higher prices has changed the perception of helium as a value-enhancing byproduct of oil and gas development to a product that some believe can be explored economically. (Source: Photo collage by Hart Energy; Images from Shutterstock.com)

An article in this month’s edition of the Journal of Petroleum Technology discussed some recent trends in helium resource development. Helium is an interesting substance because its unique chemical and physical properties make it suitable for specialized applications. Due to its inertness and low density, helium doesn’t form stable compounds and escapes the atmosphere readily. And, although it’s the second most common element in the universe it’s relatively rare on earth. It’s formed deep in the earth where radioactive decay releases alpha particles (helium nuclei). These particles pick up electrons as they move through the earth and form helium molecules, some of which get trapped in underground reservoirs.

Helium is typically found in natural gas accumulations where it can be present in concentrations as high as 10%. Because of its occurrence in natural gas reservoirs, it was recognized in the early 1900s that burning gas containing helium would result in the waste of a limited and important resource, so for many years, the U.S. Bureau of Mines played a key role in helium processing, storage and pricing. Through legislation over the last couple of decades, the government’s role in the helium market has been greatly reduced and market forces periodically raise the possibility of helium shortages and price spikes. The prospect of higher prices has changed the perception of helium as a value-enhancing byproduct of oil and gas development to a product that some believe can be explored economically.

From the standpoint of reservoir engineering, estimating helium reserves is essentially a task of estimating natural gas reserves, at least as far as the in-place volumes are concerned, and multiplying by the helium concentration. Most helium accumulations that I’m familiar with are relatively low pressure depletion drive reservoirs, so estimating in-place resources relies on volumetric methods. Of course, understanding the porosity and water saturations is just as important here as in a typical hydrocarbon setting and this can be challenging in reservoirs with limited penetrations and log data.

Gas deliverability, related to reservoir permeability and pressure, is also important to quantify because it, along with the concentration of helium in the reservoir, will greatly impact the economics of a project. Helium requires several processing steps to remove it (and potentially other impurities) from the natural gas stream, and because the concentrations are typically low, a high recovery factor is desirable. This can only be achieved by reducing the average reservoir pressure to as low as possible, which may be difficult if reservoir conditions aren’t favorable for draining a large area.

Centennial Resource Development retained TenOaks Energy Advisors as its exclusive adviser in the sale of its Big Chief asset located in the southern Delaware Basin in Reeves County, Texas.

A private seller retained PetroDivest Advisors as the exclusive adviser in connection with the offering for sale of a concentrated position of oil and gas mineral and royalty interests in Howard County, Texas, of the Midland Basin.

PennMarc Resources retained PetroDivest Advisors for the sale of its oil and gas royalty interests located in the Marcellus Shale in Pennsylvania’s Wyoming County.