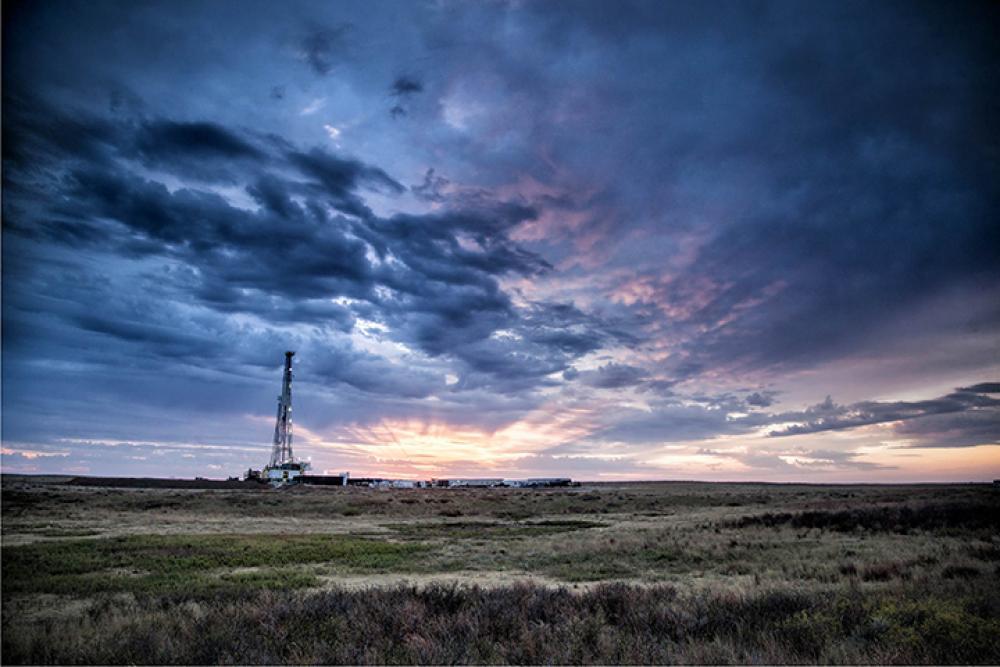 FourPoint Energy LLC and its Western Anadarko Basin assets have been renamed Unbridled Resources LLC and merged with a subsidiary of Maverick Natural Resources, according to announcements from both companies.

Over the course of several months, FourPoint has been in negotiations with its key stakeholders to reduce its debt and restructure its balance sheet. Those efforts culminated in a consensual restructuring between FourPoint and its debt holders earlier this summer, according to FourPoint’s president and CEO, George Solich. As a result of the restructuring, EIG Global Energy Partners, the previous holder of FourPoint’s senior secured notes, exchanged its senior secured notes for a majority equity ownership stake in FourPoint Energy.

As the controlling equity owner in FourPoint, EIG made the decision with approval from the newly appointed FourPoint board of managers and Maverick board of directors, to rename FourPoint as Unbridled and merge with a subsidiary of Maverick.

The restructuring won’t be the end for Solich and FourPoint Energy, however. While all past and future liabilities and commitments associated with the current company and its assets will reside with Maverick, Solich told Hart Energy in an interview, he and the core management team, as well as key members of the FourPoint organization, plan to launch their next venture while continuing to manage the assets of LongPoint Minerals, LongPoint Minerals II and executing responsibilities relative to the master service agreement it retains with FourPoint Permian LLC in relation to its Permian Basin joint venture, DoublePoint Energy.

FourPoint Energy will retain its company name and existing office headquarters in Denver. The team at FourPoint will work through year-end 2020 to transition the assets.

For Solich and FourPoint it’s a chance to reinvent itself and move toward the future. “Yesterday’s trophies won’t win tomorrow’s games. It will no longer be enough to be in the right rocks,” he said in the interview with Hart Energy.

Solich, who has always been a home run hitter of sorts, said the makeup of the current industry might be better served by paying closer attention to the forces of supply and demand given the price environment that has developed over the time since FourPoint was launched in 2014. There have been more than 250 bankruptcies in the industries since then and “billions of dollars of capital destroyed” he said.

“Differentiation comes from assets, people and performance.  Of those three, having talented, hardworking, and resilient people is the most important and the most enduring,” Solich said of FourPoint. “We built a company starting from zero and we grew production tenfold, and we tripled reserves. We became the third largest producer in Oklahoma. We did it with really great people and very complex assets.”

He added that the straw that broke the camel’s back was debt. “From a capital structure stand point we only had 30 percent of our capital structure in debt, but with prices falling like a knife we couldn’t grow fast enough or drop costs enough to really get out from under even a 30 percent debt-to-cap,” he said.

Solich said the management team at FourPoint is resolute on the future potential in the oil and natural gas industry and looks forward to identifying and exploring new opportunities. “We are taking our core team of top oil and gas professionals we assembled in the FourPoint franchise to prioritize building value in our two mineral companies, LongPoint Minerals and LongPoint Minerals II,” he said. “We continue to see the mineral space as a durable and sustainable sector of long-term value and near-term yield generation.

“Beyond the mineral space, the FourPoint team intends to put its considerable talents to work in the management and acquisition of producing assets along with the exploration and development of undeveloped resources,” he continued. “Our goal will be to deliver shareholder value through an opportunistic approach of low cost, safe and environmentally responsible operations and state of the art technical drilling and completion framework derived from over two decades of horizontal drilling activity.”

Solich said the company worked for the last nine months to avoid bankruptcy. “Bankruptcy has become sort of a strategy, but it’s definitely a marker for where our industry is,” he said, adding that he wanted to return as much as possible to our shareholders instead.

While Solich did not tip his hand on what FourPoint plans for the future, he remains resolute that the company and the industry have a bright future ahead.

“Our industry rose to the challenge to reinvent itself and capture massive oil and gas reserves in what became the shale revolution,” he said.  “Now we must be the technological leaders in energy to drive efficiency and reliability, environmental improvements, more innovation, and work to gain the public trust.  We must also regain the confidence and respect of the capital markets to move all forms of domestic energy forward.”