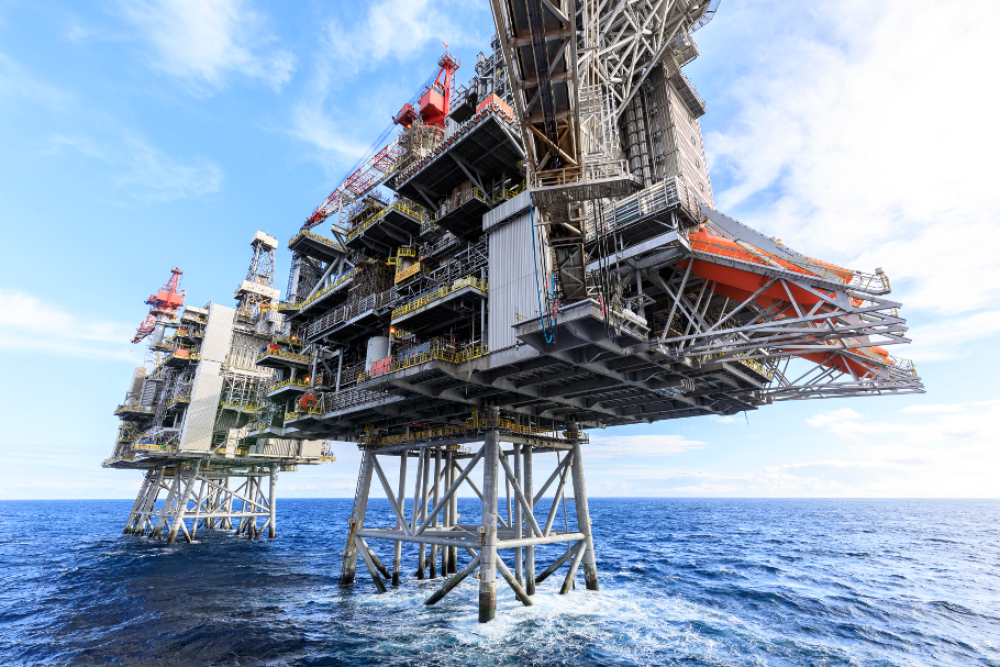 BP announced in November 2018 it had begun production at its Clair Ridge project in the U.K. North Sea. (Source: BP)

Leading the project spending is Equinor, which has nine planned and announced projects during that time period worth $6.4 billion, according to GlobalData. The study revealed that 67 oil and natural gas projects backed by four countries currently producing in the region are expected to start operations over the six years. New project investment is expected to be $43 billion with about $19 billion being spent to bring planned projects online and $24.2 billion invested on key announced projects, the GlobalData report stated.

“In 2025 key projects in the North Sea are expected to contribute about 1,327 thousand bbl/d [MMbbl/d] of global crude and condensate production and 1,924.4 MMcf/d of global gas production,” said John Markham, energy analyst at GlobalData, in the report. 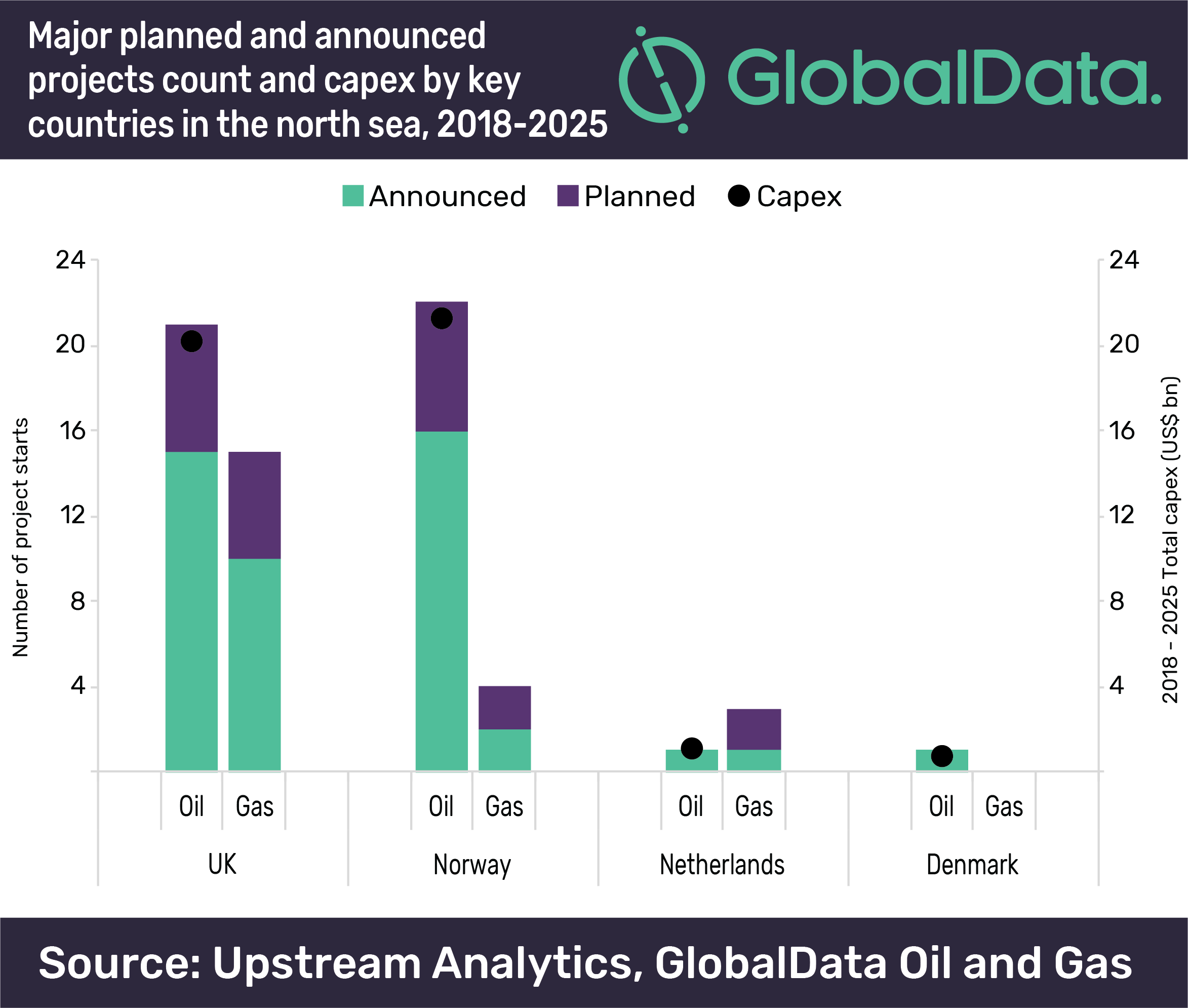 “With Oseberg H, we take a huge technological leap forward,” Anders Opedal, Equinor’s executive vice president for technology, projects and drilling, stated in the release. “The fully automatic, unmanned and remote-operated platform is digitalization in practice.”

Opedal said the Oseberg H platform was the first of its kind in the NCS without facilities, “not even a toilet.” The alternative to an unmanned wellhead platform would have been subsea wells.

“The topside weighs only a good 1,000 tonnes, another example of simplification in practice,” Opedal said. “This platform only has the bare essentials.”

According to Equinor, the project was delivered at NOK 6.5 billion, more than 20% lower than the cost estimate of the plan for development and operation.

In October 2018 BP announced that it had received approval from the Oil and Gas Authority (OGA) to proceed with the Alligin development west of Shetland, which, according to BP, will target 20 MMboe and is expected to produce 12,000 boe/d (gross) at its peak. BP is the operator and a 50% partner with Shell on the project.

Alligin is expected to come onstream in 2020 and will consist of two wells, which will be tied back to the existing Schiehallion and Loyal subsea infrastructure, utilizing the processing and export facilities of the Glen Lyon FPSO vessel. According to BP, the development will include new subsea infrastructure, consisting of gas-lift and water injection pipeline systems, and a new controls umbilical. The development is part of a series of infrastructure-led subsea tieback projects in the North Sea, accessing new production from fields located near established producing infrastructure.

“Alligin is part of our advantaged oil story, rescuing stranded reserves and tying them back into existing infrastructure,” Ariel Flores, BP North Sea regional president stated in a release. “Developments like this have shorter project cycles, allowing us to bring on new production quicker. These subsea tiebacks complement our major startups and underpin BP’s commitment to the North Sea.”

In September 2018 BP also gained OGA approval for its Vorlich project, which targets 30 MMboe. According to BP, Vorlich, located in the central North Sea as a two-well development, will be tied back to the Ithaca Energy-operated FPF-1 floating production facility. That facility is located at Ithaca’s Greater Stella Area production hub. Alligin and Vorlich are expected to begin production in 2020, according to BP.

Meanwhile, BP announced on Nov. 26, 2018, that production had begun at Clair Ridge. Clair Ridge is the second phase of development of the Clair Field, which was discovered in 1977 and has an estimated 7 Bbbl of hydrocarbons, according to BP. Clair Ridge is expected to target 640 MMbbl of resources and have a peak production of 120,000 bbl/d.

In addition, BP was awarded seven licenses in early 2018, five as operator and two as partner, in the North Sea’s 30th Offshore Licensing Round. In January 2018 BP announced two new discoveries in the North Sea at Capercaillie in the Central North Sea and Achmelvich west of Shetland, the company reported.

In October 2018 Wellesley Petroleum AS announced the successful appraisal of the Grosbeak discovery in the Northern North Sea. Appraisal wells were drilled in production license (PL) 248I, where Wellesley holds a 60% operated interest, the company reported in a press release.

Expected recoverable reserves in the Grosbeak Discovery range from 53 MMbbl to 115 MMbbl, plus 8 cu. m to 12 cu. m (269 cf to 432 cf) of gas. According to the release, Wellesley had invested in the planning process before assuming operatorship of the various licenses, which allowed the company to begin drilling four months after becoming operator.

“It is particularly pleasing to have reached this point just 10 months after assuming operatorship of the PL248I license,” Chris Elliott, CEO of the Wellesley Group of companies, stated in the release. “These wells conclude an operated 159-day summer drilling campaign with almost 13,000 m [42,651 ft] drilled in five boreholes and extensive data collected from each of the five hydrocarbon-bearing zones encountered.”

On Dec. 4, 2018, Apache Corp. announced that less than eight months after discovery, the company had achieved first oil at its Garten development. The discovery well, located 6 km (3.7 miles) south of the Beryl Alpha platform, was placed on production in late November after the discovery in March, the company stated in a press release. Garten is tied back to the Beryl Alpha platform. The company announced that Garten is currently producing from the Beryl sand at a rate of 13,700 bbl/d at 444,574 cu. m/d (15.7 MMcf/d) of gas.

According to Apache, the Garten discovery well encountered more than 213 m (700 ft) of net oil pay, and recoverable resources are expected to exceed 10 MMbbl of light oil. Garten is the company’s fourth oil discovery in the Beryl area in the past three years. At the time of the discovery in March, Apache stated in a release that Garten would initially begin production in the first quarter of this year.

However, since that time those plans have changed. Speaking during the company’s third-quarter 2018 conference call in November, Timothy Sullivan, executive vice president of operations support, said Apache had opted instead to accelerate development at Garten and initiate first oil by the end of November 2018—a goal which it achieved.

Sullivan said during the call that by locating the Garten test well near existing infrastructure, Apache was able to reduce its cycle time, minimize development costs and bring the well into production in seven months for $80 million, which Sullivan said translates to finding and development costs of less than $10/bbl.

“[Garten] will be a very high rate well,” said Stephen Riney, Apache CFO and executive vice president. “It’s a big structure, and there’s potential there. We’ll just have to see how it outperforms, even add more wells. But most importantly, it also de-risked several other structures that are very similar to Garten.” 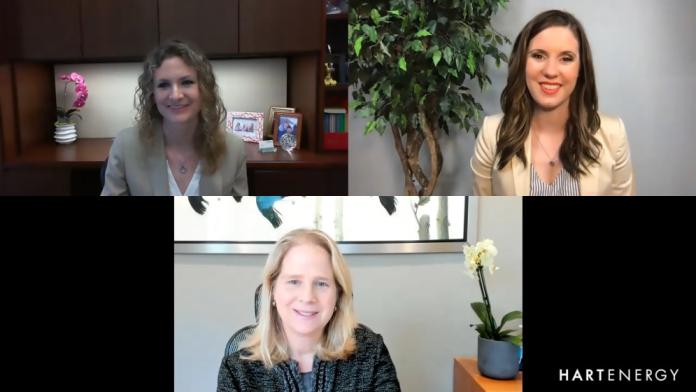 Energy ESG: Building a Case for an ESG Ready Future

How are boardrooms across the energy industry looking at their executives these days in terms of measuring their success? Akin Gump partners share what oil and gas producers need to do to prepare for an ESG ready future. 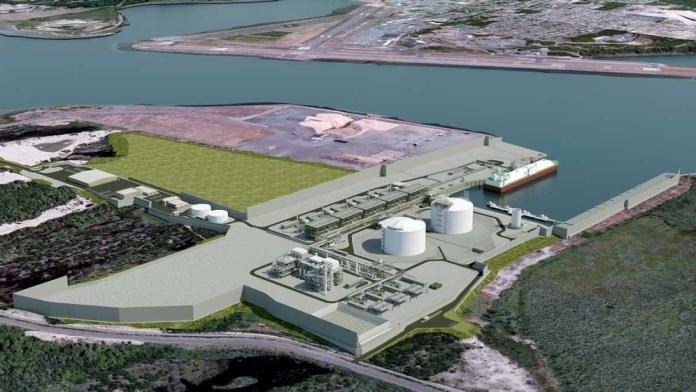 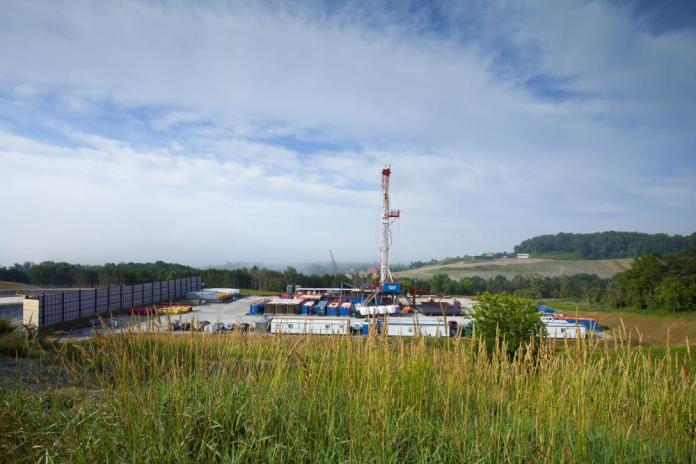