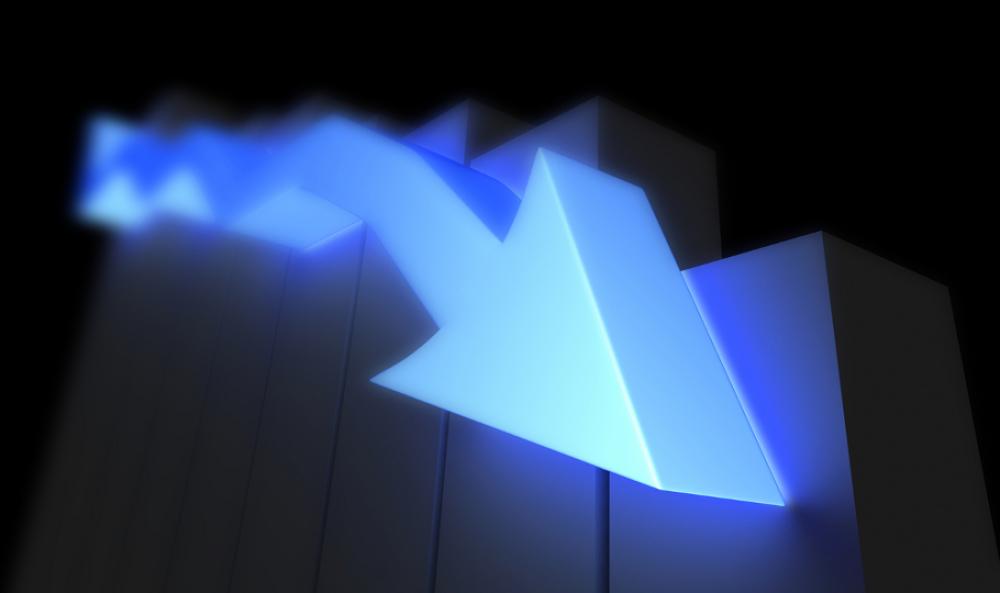 Exxon Mobil Corp.’s (NYSE: XOM) integrated structure is helping the oil company weather the prolonged downturn and lower commodity prices, but the boost from its downstream and chemical segments were not enough to offset upstream losses despite slightly higher production.

The company reported a 58% drop in earnings for fourth-quarter 2015 over the same quarter last year, down to $2.8 billion. That brought the Irving, Texas-based company’s total net income for 2015 to about $16.2 billion—about half as much as it brought in during 2014.

News of falling profits is flowing in again as the oil and gas industry copes with today’s hydrocarbon oversupply that has outpaced demand. The climate is driving companies to become more budget conscious and efficient without losing sight of an anticipated longer-term rise in global energy demand.

“Regardless of industry conditions, we remained focused on what we can control and are driven to create shareholder value through the cycle,” Jeff Woodbury, vice president of investor relations for ExxonMobil, said on a conference call Feb. 2.

He later added, “We have significantly lowered our capital spending plans and are aggressively pursuing operating efficiencies and cost savings as we continue to ramp up projects from our major projects, all of which will support cash flow moving forward.”

Like its peers, ExxonMobil has slashed capital and exploration expenditures, which fell 19% to $31.1 billion for 2015. Just more than $7 billion was spent in the fourth quarter. Further spending reductions are planned for this year. ExxonMobil plans to lower capex by another 25% to $23.2 billion this year as it works to grow production and bring new major upstream projects online.

On an oil-equivalent basis, the company produced 4.1 million barrels per day (MMbbl/d), more than 3% higher than 2014—mostly liquids growth which jumped 234,000 bbl/d.

Gas production fell by 5.6% in the fourth quarter.

“We continue to deliver on our investment plans which are adding higher value production capacity to meet long-term demand growth,” he added.

ExxonMobil plans to bring 10 major upstream projects online within the next two years. Six of these could startup in 2016 and are expected to add more than 250,000 bbl/d of working interest production capacity. Woodbury said ExxonMobil continues to “execute a paced and focused exploration program” to deliver value while “capturing cost efficiencies in today’s softer market.”

Offshore Guyana, work on the largest 3-D seismic survey in the company’s history is nearing completion. The survey, which covers about 17,000 sq km (6,564 sq miles), will appraise the Liza discover during first-quarter 2016, he said. Drilled by ExxonMobil affiliate Esso Exploration and Production Guyana, the Liza-1 well hit more than 295 feet of oil-bearing sandstone reservoirs on the Stabroek Block.

The company is also moving forward with activities in the Black Sea offshore Romania having wrapped up exploration work in the Neptun Block, drilling seven consecutive wells since July 2014, he said.

“Based on the results of the program, including a successful well test of the Domino prospect, we are advancing detailed development planning and economic viability studies,” Woodbury said.

Plans for five wells as well as the construction of production facilities and a gas pipeline are also in the works for Argentina, where Exxon Mobil has kicked off a production pilot program on the La Invernada and Bajo el Choique blocks in the Neuquen Block Province in its quest to develop shale resources.

ExxonMobil also started up the central processing facility at the Banyu Urip Field in Indonesia, which contributed more than 130,000 bbl/d of production for the quarter.

As ExxonMobil chases growth opportunities, it is also capturing new acreage and shedding acreage that does not fit its portfolio.

In the fourth-quarter, “Cash flow from operations and asset sales was $5.1 billion, including proceeds associated with asset sales of $785 million,” the company said.

For 2015, the company recorded cash flow operations and asset sales totaled $32.7 billion, including proceeds associated with asset sales of $2.4 billion.

“While our financial results reflect the challenging environment, we remain focused on the business fundamentals, including project execution and effective cost management,” ExxonMobil CEO Rex W. Tillerson said in a statement. “The scale and diversity of our cash flows, along with our financial strength, provide us with the confidence to invest through the cycle to create long-term shareholder value.”

BP also reported its earnings on Feb. 2. The company said it lost $6.5 billion in 2015 with fourth-quarter earnings at $196 million.

Chevron released its fourth-quarter and full-year earnings for 2015 on Jan. 29. Lower commodity prices led to a $588 million net loss for the quarter, compared to 2014 earnings of $3.5 billion.

Iraq has signed a contract with China’s CNOOC to conduct a seismic survey for two oil exploration blocks, the oil ministry said on Jan. 31.