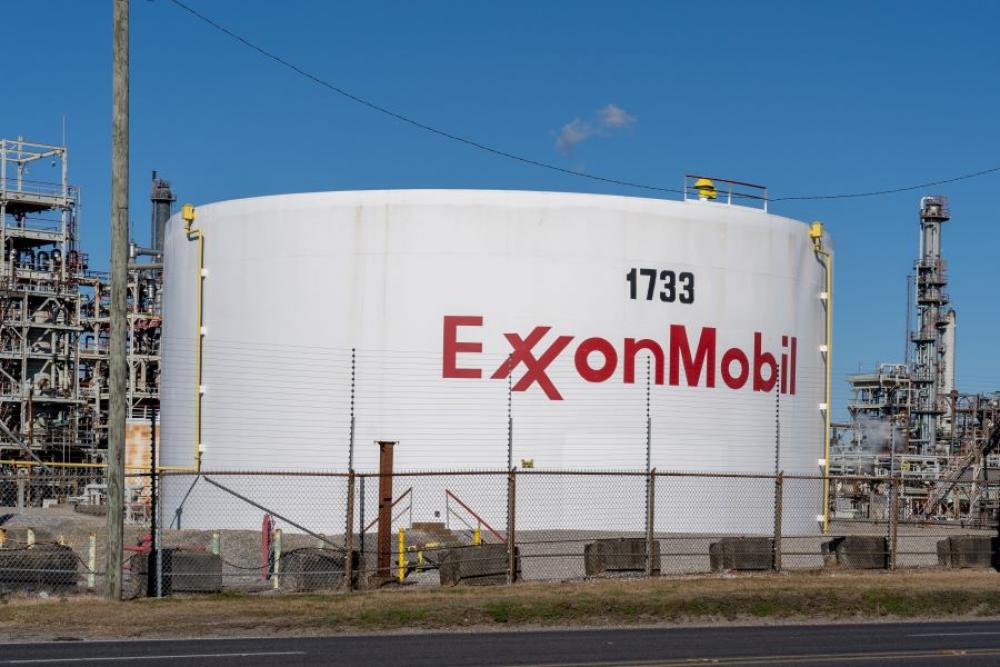 “The Permian achieved record volumes of nearly 560,000 [boe/d] in the third quarter, and further growth is anticipated in the fourth quarter,” Mikells said Oct. 28 in her opening remarks.

Production in the Permian Basin was 550,000 boe/d in the second quarter and 560,000 boe/d at the end of the first quarter, according to statements on Exxon Mobil’s website.

“We expect to increase our production in the Permian 25% this year, on top of the 25% increase from last year,” Woods said during the company’s second-quarter earnings call in July.

“Looking longer term, we remain on track to grow low-cost production and meet our 2027 plan with more than 90% of our upstream investments generating over 10% returns at $35 per barrel,” Woods said as well last week.

Exxon Mobil again reported strong quarter results solidified with earnings of $19.7 billion. In the first nine months of this year, the company has reported earnings of $43 billion.

These results continue to draw Washington’s attention and have prompted Wells Fargo to tweak its earnings models to the higher side.

The Wells Fargo analysts estimate Exxon Mobil will average production of roughly 3.8 MMbbl/d of oil, or up roughly 2% quarter over quarter.

Exxon Mobil expects to report higher sequential upstream volumes in the fourth quarter with Permian growth offset by divestments, the analysts reiterated. They added that the sale of Exxon Mobil’s Aera Energy joint venture in California is expected to close during the last quarter of the year.

Non-stop exploration and growth from Guyana

Outside Exxon Mobil’s U.S. positions, Guyana continues to stand out owing to ongoing exploration success in the offshore Stabroek Block and rising production from the company’s first two developments on the block.

Exxon Mobil and its partners, Hess Corp. and China’s CNOOC, have made over 30 discoveries on Stabroek since 2015 and continue to “ramp up offshore development and production at a pace that far exceeds the industry average,” Exxon Mobil said Oct. 26 in a press release.

Exxon Mobil’s two most recent discoveries in the block at the Sailfin-1 and Yarrow-1 exploration wells were announced just days prior to third quarter earnings report and webcast.

The two successful wells were drilled by the Stena Carron drillship. The Sailfin-1 encountered 312 ft (95 m) of hydrocarbon-bearing sandstone and the Yarrow-1 encountered 75 ft (23 m) of the same, Exxon Mobil said.

On a side note, in a separate press release, Hess revealed on Oct. 26 that the Banjo-1 exploration well was also drilled by operator Exxon Mobil during the third quarter but didn’t encounter commercial quantities of hydrocarbons.

Exxon Mobil’s first two sanctioned projects (Liza Phase I and Liza Phase II) in Stabroek are produced above design capacity. The developments achieved average production of nearly 360,000 bbl/d in the third quarter, according to Exxon Mobil.

By the end of the decade, Exxon Mobil expects oil production capacity in Stabroek to exceed 1 MMbbl/d, which would make it the third largest producer in the Latin America and Caribbean region only behind Brazil and Mexico based on these countries current production profiles as revealed in statements by their national oil companies Petrobras and Pemex, respectively.

US Natgas Futures Jump 6% on Colder Forecasts for Late December

2022-12-09 - Colder weather sweeping across the U.S. is leading the country's natural gas futures to increase to a one-week high as of Dec. 9.

2023-01-05 - The U.S. natural gas price drop on Jan. 5 preceded a federal report expected to show the prior week's storage withdrawal was much bigger than usual.