Oil and gas wells needed artificial lift long before the market crashed in 2014 and still needed them afterward. Like other sectors of the industry though, the artificial lift market took a hit. A report issued this year by Westwood Energy stated that worldwide expenditures for artificial lift fell from nearly $16 billion in 2014 to about $9 billion in 2016—a 43% drop.

However, similar to others, the artificial lift market has rebounded and is expected to grow.

Westwood reports $1 billion in growth from the low of 2016 to this year and predicts 6% market growth through 2020 for artificial lift demand.

A report issued last year by McKinsey Energy Insights claimed at the time the challenge for the artificial lift market was the commoditization of its products.

“No recent technological advances have created differentiation within the market for the most popular lift methods,” wrote Dimitar Kostadinov and Brandon Stackhouse in an August 2017 McKinsey report. “This has encouraged operators to select equipment and services based primarily on price, prompting service companies to focus on developing low-cost offerings and placing sustained pricing pressure on the market.”

Oil and gas companies have been keen to such a challenge. At the recent Society of Petroleum Engineers Artificial Lift Conference and Exhibition in The Woodlands, Texas, several companies, either through technical papers or product exhibitions, provided examples of advances in artificial lift systems and operations.

Among those was an evaluation by Occidental Petroleum on a tailpipe system designed to optimize artificial lift performance in horizontal wells (SPE-190938 paper). The report, written by Chris Humpreys, et al., focused on a trial project that evaluated the performance of two tailpipe systems that could be applied to sucker rod pumps and ESPs to reduce the flowing bottomhole pressure without having to land pumps past the kickoff point and reduce the frequency and magnitude of slugging behavior at the pump.

Meanwhile, companies like Ambyint and Oasis Petroleum extolled the virtues of adopting digitalization in artificial lift operations. Novomet and Baker Hughes, a GE company, shared the work their companies have been conducting with permanent magnet motors.

Additionally, Raptor Lift Solutions featured a hydraulic lift system with built-in variable speed drives and remote monitoring capabilities. According to the company, the system allows the operator to pump two wells independently at two different production rates with one power unit. Maintenance can be performed on one well while the other continues to pump.

AppSmiths Technology featured its WellTracer gaslifted well diagnostic and surveillance tool, which helps locate the primary point of gas injection. The system works by creating a snapshot of the well performance by introducing small amounts of CO2 into the injection line, then measured that CO2 concentration at the wellhead.

Although service markets like directional drilling and pressure pumping are more sensitive to market conditions than artificial lift, the proliferation of wells drilled during the industry rebound is creating a future base market for lift services. If companies continue to look for ways to evolve their tools and oil prices allow confidence in continued production, the artificial lift industry should remain robust.

ConocoPhillips, the world's largest independent oil and gas producer, had announced the biggest cuts by any North American producer in April, reducing its output by 460,000 bbl/d by June. 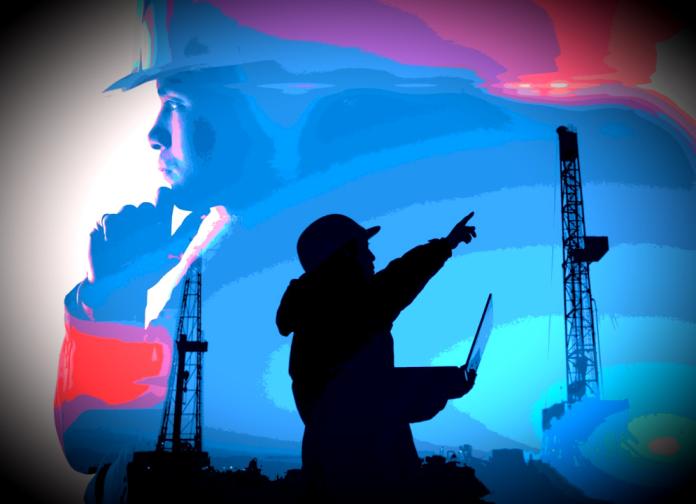 Partners at Boston Consulting Group say it is critical for oil and gas companies to adopt new digital technologies for post-pandemic recovery.