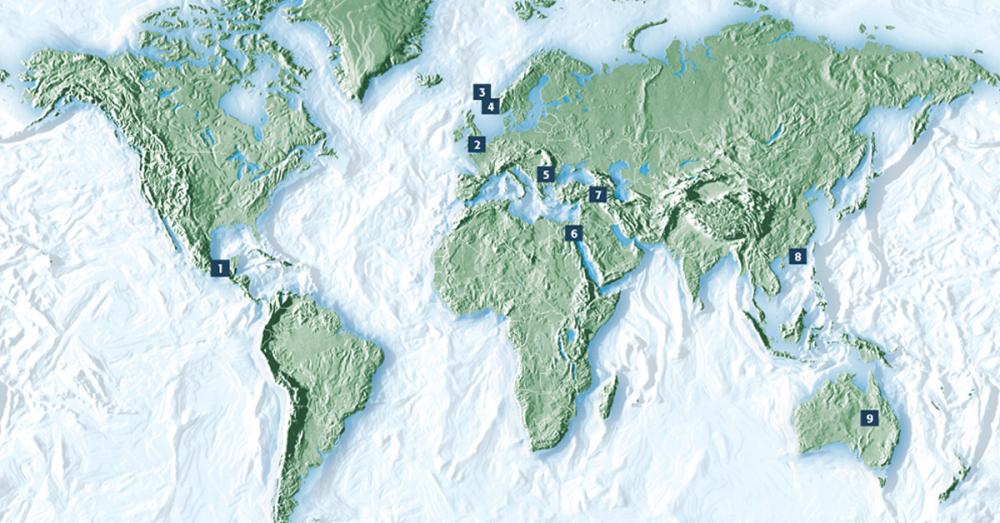 Pemex has received a permit to drill an exploratory test at appraisal well 2DEL-Quesqu in onshore Tabasco. The appraisal well be drilled in an ‘S’ trajectory toward an Upper Jurassic Kimmeridge (JSK) play, and the planned depth is 6,730 m. The well site is in AE-0053-4M-Mezcalapa-03 within the Cuencas del Sureste. Pemex expects to encounter gas and condensate in total resources of 62 MMboe.

UK Oil & Gas has received a permit to drill and test the Loxley-1 Portland gas exploration/appraisal well in the PEDL234 license area. A sidetrack well, Loxley-1z, also has been permitted. The company plans to appraise the Portland gas accumulation, which was originally discovered in 1982 by ConocoPhillips about 8 km to the west at Godley-1 Bridge.

Neptune Energy made a hydrocarbon discovery in the Norwegian sector of the North Sea in PL882 at exploration well Dugong-1. Depending on testing results, a sidetrack may be drilled to further define the extent of the discovery. Area water depth is 330 m, and production is from a zone at 3,250 m to 3,400 m. Neptune Energy is the operator of PL882, Block 34/4 and Dugong-1.

Equinor has completed wildcat, 30/2-5 S in the Norwegian North Sea. The venture encountered a gas column of about 160 m in Brent Group (Tarbert, Ness, Etive and Rannoch), of which 60 m make up an effective sandstone reservoir. Ness has 30 m of sandstone with poor-to-moderate reservoir quality, while Etive has 15 m of sandstone, primarily of moderate quality. The Tarbert has 10 m of sandstone with poor-to-moderate reservoir quality, and Rannoch has 5 m of poor-quality sandstone. Preliminary estimates indicate the discovery between 3 MMcm and 10 MMcm of recoverable oil equivalent. This is the first exploration well in PL878; it was drilled to 4,390 m and area water depth is 142 m.

ADX Energy completed exploration well Iecea Mica-1 in onshore Romania’s Iecea Mare production license. The well encountered gas across three zones with a combined total of 20 Bcf of 2C contingent resources. Testing at the Pannonian Basin well will concentrate on the PA IV sand (Pliocene), which is a proven reservoir and has the greatest upside reserves potential of the three hydrocarbon-bearing reservoir intervals intersected in Iecea Mica-1. The company is planning a high-resolution 2D seismic program is 2020.

Cheiron completed an oil discovery in Egypt’s southern Gulf of Suez at exploration well GNN-4 in the Geisum and Tawila West Concession. The venture initially flowed more than 2,000 bbl/d of oil. The discovery contains an estimated 260 MMbbl of oil in place. Two additional wells are planned in the southern area of the discovery. Later, the development focus will shift to the northern area of the discovery. This is the first completion in Nukhul in the Geisum area and will open up further exploration potential, both within the concession and in the neighboring acreage.

Trillion Energy has announced evaluation results from the Zagros Basin Derecik exploration licenses in the Hakkari area of Turkey. According to the company, the basin extends from Iraq into Turkey to include the Derecik licenses, which are now near several major producing oil fields in northern Iraq, including the Bijell, Atrush, Swara Tika and Swara Tika East fields. Rhe Derecik Blocks have identical stratigraphy as the Zagros Field block in Iraq, with Cretaceous and Miocene compression. The Balkayalar-1 has a planned depth of 2,560 m in an anticlinal, four-way closure containing Jurassic and Triassic reservoirs. The Derecik-1 has a planned depth of 3,493 m, which is also an anticlinal four-way closure containing Cretaceous, Jurassic and Triassic reservoirs.

Chinese National Offshore Oil Corp. has announced a discovery in the eastern portion of the South China Sea at Huizhou 26-6. According to the company, it is expected to become the first mid- to large-sized condensate oil and gas field in the shallow-water area of the Pearl River Mouth Basin. The well is in Huizhou Sag in the Zhu 1 Depression of Pearl River Mouth Basin. Area water depth is approximately 113 m. The well was drilled to 4,276 m and encountered oil and gas pay zones with a total thickness of about 422.2 m. During a flow test, it initially produced 2,020 bbl of oil and 15.36 MMcf of gas per day.

Vintage Energy is fracturing and preparing to flow test exploration well Vali-1 ST1. The ATP 2021 venture will be fractured in six stages—five in the Patchawarra and one in the deeper Tirrawarra/Basal Patchawarra section between 2,810 m to 3,140 m. The program will measure total stabilized gas rates, downhole reservoir pressure and individual formation gas flow contribution. The certified gross 2C contingent resource is 37.7 Bcf of gas (18.8 Bcf net). 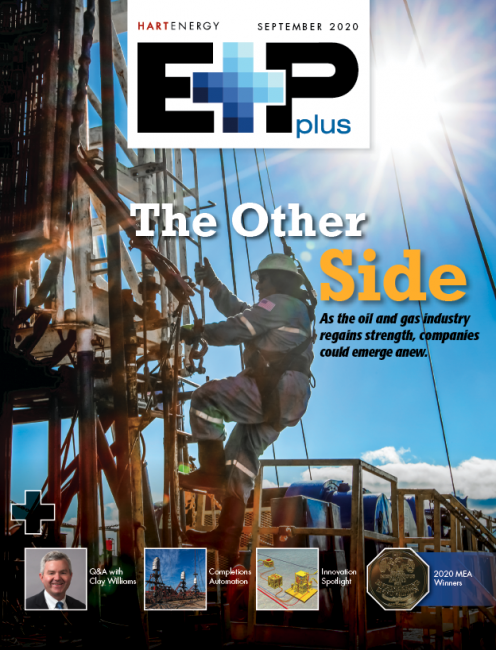