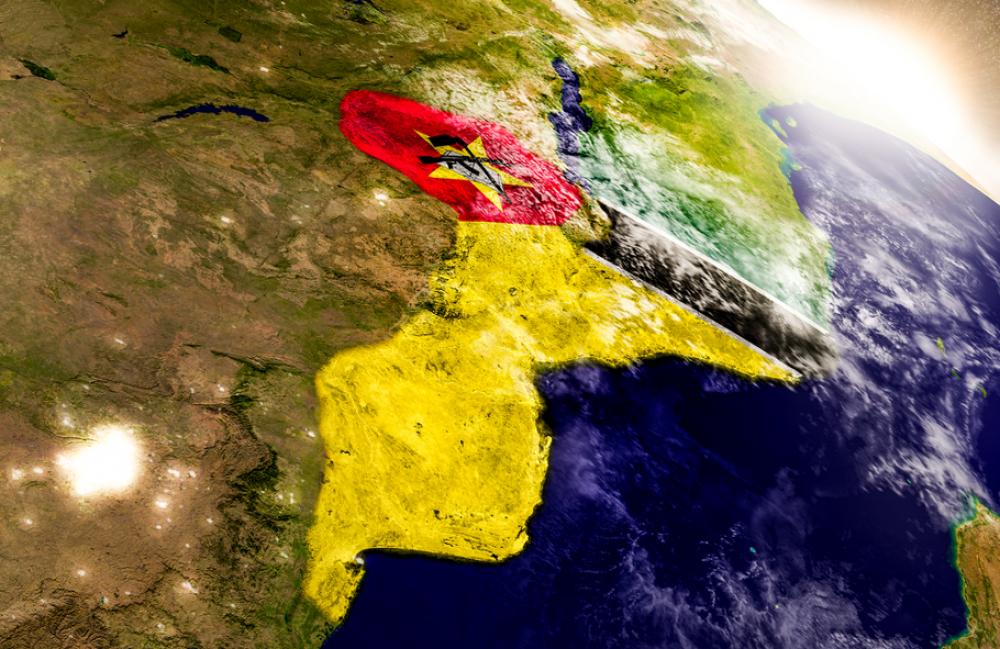 The FLNG development, which had awaited sanction by project partners, marks the first such development offshore Africa in an emerging frontier region known for its potential to help fulfill the world’s growing appetite for natural gas. The FLNG unit will be the world’s third.

“Using a vessel [to] liquefy gas offshore will allow the partners to realize cash flow from Mozambique earlier,” Alasdair Reid, research manager for Southern and East Africa at Wood Mackenzie, said in a statement. “The project will generate annual gross revenues of over US$1.5 billion per year (before tax) for 25 years, utilizing 4.7 trillion cubic feet [Tcf] of gas over its lifetime. With FID out of the way, the project is now on track for first LNG production in 2022.”

The milestone comes about five years after the Coral Field was discovered. Located in the Rovuma Basin’s prolific Area 4, the discovery is believed to hold about 450 Bcm (16 Tcf) of gas in place.

Eni CEO Claudio Descalzi said the company sees use of natural gas as “critical to achieving a more sustainable future” as the world moves to a lower carbon energy mix.

“Our ambition to become a global integrated gas and LNG player is based on working alongside key partners such as Mozambique,” Descalzi said in a company statement June 1.

Eni called the launch of Coral South a “testament to the quality of the assets in place and to Eni’s technological leadership in the development of deepwater gas fields.”

Phase one of the development plan, which was approved in February, includes drilling six subsea wells and installing an FLNG facility with a capacity of about 3.4 million tons per year. The field is located in a depth of more than 2,000 m about 80 km off the Palma Bay.

Construction of the FLNG facilities will be financed through project finance covering about 60% of its entire cost. The financing agreement has been subscribed by 15 major international banks and guaranteed by five export credit agencies, Eni said.

The final investment decision comes as the offshore sector continues to recover from the downturn, which stalled many high-dollar projects as companies awaited higher commodity prices and demand.

“The only two projects we expected to be sanctioned this year, Coral and Fortuna, are both floating LNG. This highlights a positive shift in industry perception toward the FLNG concept,” Day said. “Majors Eni, Shell, Exxon and recently BP have all now endorsed the floating LNG concept. With stranded gas resources suited to FLNG elsewhere in Africa, Mozambique offers Eni an ideal regime to test this new approach.”

Eni and its Area 4 partners—Portugal’s Galp Energia, South Korea’s Kogas and Mozambique’s Empresa Nacional de Hidrocarbonetos—agreed in October to sell all LNG produced from Coral South project to BP as part of a 20-year deal.

“Smaller-volume projects are moving forward in this oversupplied environment. With an output of 3.5 [million tonnes per annum] mtpa, all contracted to BP, Coral has had an easier time of finding a market compared to other mega-projects chasing sanction,” Day said. “With global activity levels and costs low, now is a good time to add new capacity, even if the LNG market does presently look oversupplied. By the time Coral produces first LNG in 5-7 years’ time, new LNG supply is likely to be required in the global market.”

In a separate news release June 1, TechnipFMC said the company and its partners JGC Corp. and Samsung Heavy Industries—which make up the TJS Consortium—landed a major integrated contract for the project. The contract was awarded by FLNG facility owner Coral FLNG SA, which is jointly owned by Eni Mozambique, CNODC Mozambique, ENH FLNG, Galp Energia Rovuma and KG Mozambique Ltd.

The contract covers engineering, procurement, construction, installation, commissioning and startup of the FLNG facility along with its risers, subsea flowlines system, umbilicals and other subsea equipment.

Eni is operator of Area 4 via its indirect stake held through Eni East Africa (EEA), which has a 70% stake in the concession. Eni holds 71.4% of the shares of Eni East Africa, while China’s CNPC holds 28.6%. ExxonMobil Corp. (NYSE: XOM) will get half of Eni’s shares in EEA if an agreement signed in March gets required regulatory approvals and satisfies other conditions.

PHMSA on July 22 put Energy Transfer on notice for the probable violations pertaining to the operation of the Dakota Access Pipeline and proposed a civil penalty against it.

Enbridge Set to Open Most Capacity on Line 3 Pipeline

The aging pipeline, which Enbridge is replacing, carries oil from Alberta to U.S. Midwest refiners. The replacement will eventually allow Enbridge to double capacity to 760,000 bbl/d.