As legislators in the U.S. House of Representatives gear up to consider the $437 billion Inflation Reduction Act, paving the way for a slew of energy and climate tax incentives, companies both in the U.S. and abroad are advancing clean energy projects.

Kinder Morgan is moving deeper into the renewable natural gas (RNG) and landfill gas-to-power space with its acquisition of North American Natural Resources. In India, Siemens Gamesa is sealing agreements for use of its wind turbines. This comes as technology developers Bloom Energy break efficiency records with its high-temperature electrolyzer.

With an annual revenue of about $40 million, Iceland Drilling has drilled more than 500 deep geothermal wells since 1970 with projects in Iceland, the Azores (Portugal) and New Zealand.

“This marks an important milestone towards our target to achieve net zero by 2050 with 35% revenues to come from energy transition activities by 2040,” Archer CEO Dag Skindlo said in the release. “Archer will continue to consider investment opportunities and initiatives that will transform our portfolio and reduce greenhouse gas emissions.”

The project now moves to the due diligence stage to allow connection to the East Coast Cluster’s CO2 infrastructure and will start operations in the mid-2020s, according to Equinor.

The company said its bids for two new gas-fired power stations with carbon capture at Keadby, developed with SSE Thermal, and in Teesside, developed with bp, also were successful.

“Fantastic news that the U.K. Government has selected three of our pioneering CCS and hydrogen projects,” Grete Tveit, senior vice president for Equinor’s Low Carbon Solutions, said in the release. “They will help decarbonize vital and carbon-intensive industries, preserve existing jobs and create new ones, as well as provide local supply chain opportunities.”

H2H Saltend could lower CO2 emissions from Humber, described as the most carbon intensive industrial region in the U.K., by 900,000 tonnes annually. The project is expected to enable fuel switching in 2026-2027. It is the first of a larger 14-organization initiative that aims to make the region a net-zero industrial cluster by 2040.

Results show the electrolyzer produced 37.7 kWh/km of hydrogen and with 88.5% lower heating value to DC. Dynamic testing also revealed the system ramped from 100% of rated power to 5% in less than 10 minutes without adverse system impacts, the release stated. The results, Bloom said, show the electrolyzer is more efficient than any other commercially available electrolyzer to its knowledge.

Idaho National Labs Director John Wagner called the Bloom Electrolyzer the most efficient it has tested to date.

“By combining our Bloom Electrolyzer with steam, the laboratory has been able to validate that the DC electrical efficiency for our electrolyzer is better than any reported commercial or demonstration unit in the world for hydrogen production,” said Bloom Energy CEO KR Sridhar. “This is an important milestone as we work to build a hydrogen economy.”

The acquisition includes seven gas-to-power facilities, up to four of which Kinder Morgan is considering converting to RNG facilities for about $175 million. The facilities, pending a final investment decision, could start operations by early 2024, the company said.

“We are excited to continue KMI’s commitment to growing our RNG business through the acquisition of NANR’s facilities and expertise,” Kinder Morgan’s Energy Transition Ventures President Anthony Ashley said in the release. “We believe this further positions us as a leader in the RNG marketplace and look forward to expanding our RNG footprint to benefit the customers, businesses and communities we serve.”

The transaction follows Kinder Morgan’s recent acquisitions of Kinetrex Energy and Mas CanAm, which are expected to lift the company’s RNG generation capacity to about 7.7 Bcf/year when all facilities are in service.

Power plant developers in the U.S. added less than half of the planned solar photovoltaic capacity in first-half 2022, the U.S. Energy Information Administration said Aug. 11.

Over the first six months of 2022, 4.2 GW of the planned capacity came online, the statistical arm of the Department of Energy said in a report, adding that developers plan to install 17.8 GW of utility-scale solar photovoltaic generating capacity in 2022.

Preliminary data showed that photovoltaic sola installations from January to June were delayed by an average of 4.4 GW each month, compared with average monthly delays of 2.6 GW during the same period last year.

Factors that could cause delays include supply chain constraints, labor shortages and high prices of components, the EIA added.

In July, the Biden administration said it would pour $56 million into programs aimed at spurring domestic manufacturing of solar energy products as the United States seeks to move its clean energy sector away from a dependence on Chinese-made goods.

Azure Partners with Siemens for 96 Turbines

The 346-MW project, located in Karnataka state, will use SG 3.6-145 wind turbines, according to a news release. The turbines are expected to meet the power needs of more than 1 million homes in India.

“Wind energy is going to be an imperative element for delivering firm, reliable and clean energy to achieve the energy transition vision of the country,” Azure Power CEO Harsh Shah said in the release. “This partnership will create long-term supply visibility while securing sustainable value for our stakeholders.”

Azure Power has a renewable energy asset base of more than 2.9 GW of operational capacity, mainly solar, with about 4.5 MW of capacity in the works, according to its website.

The sale is expected to close in first-quarter 2023 subject to regulatory approvals among other closing conditions.

“Evergy continues to tap into the Midwest's affordable, renewable energy resources to serve our customers,” David Campbell, Evergy president and CEO, said in the release. “Expanding our portfolio of owned renewable generation positions us to ensure customers receive the long-term benefits of these assets.”

Renewables developer ACEN Corp. has selected Siemens Gamesa to supply 14 units of the SG 5.0-145 turbines for a wind project in the Philippines.

The award follows the country’s first round of renewable energy auctions for about 2,000 MW of projects. Siemens said it also landed a contract to provide operation and maintenance services for five years for the project. The 70 MW Capa wind farm is expected to begin operations by first-quarter 2024, according to a news release.

“It is encouraging to see an increased political commitment in the Philippines to boost wind power to enhance energy security and protect the environment,” Mart Huismans, sales head of Siemens Gamesa in Southeast Asia, said in the release. “We’re pleased to strengthen the partnership with ACEN to develop more wind power in the Philippines, which accounts for just 1% of electricity production, while the target is to achieve 9% by 2030 and 13% by 2035.”

ACEN is also developing the 160-MW Pagudpud, the largest wind farm to date in the Philippines. The company has its sight on 20 GW of renewables by 2030, up from 3.4 GW today, mainly in the Philippines. It is also eyeing growth in Australia, India, Indonesia and Vietnam.

Wind turbine maker Vestas will sell its converters and control panels business to KK Wind Solutions, including three factories in Denmark with around 600 employees, Vestas said in a statement Aug. 10.

The deal is expected to close in first-quarter 2023.

The arrangement makes KK Wind Solutions the exclusive supply converters and control panels to Vestas with potential to expand use of technologies in areas adjacent to Vestas’ core business, the release said. The two also agreed to jointly develop converters.

Vestas and KK Wind recently worked together on an offshore power conversion modules and low voltage cabinets in Taiwan.

The public corporation’s Innovation and Targeted Oil and Gas Decarbonization (INTOG) seabed leasing round will allow developers to apply for seabed rights for innovative projects of 100 MW or less, as well as to provide low-carbon electricity to power oil and gas installations in the North Sea.

The maximum capacity of all the projects that can be awarded exclusivity to supply oil and gas installations is 5.7 GW and 500 MW for innovative projects, Crown Estate Scotland said.

Registration for the INTOG process closes on Aug. 24, the application window closes on Nov. 18 and applicants are likely be notified of the leasing results by the end of March, depending on the volume and quality of submissions, Crown Estate Scotland said.

The process is separate from the ScotWind Leasing round for commercial scale offshore wind projects in Scottish waters.

Hart Energy staff and Reuters contributed to this article. 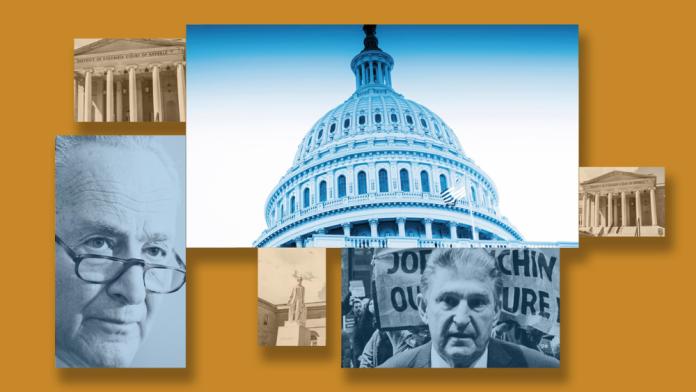 Not So Fast: Manchin’s Deal to Speed Permitting is Not a Done Deal

2022-08-29 - Even if Congress passes Sen. Joe Manchin’s permitting reform bill, projects like the Mountain Valley Pipeline will not automatically get a green light.