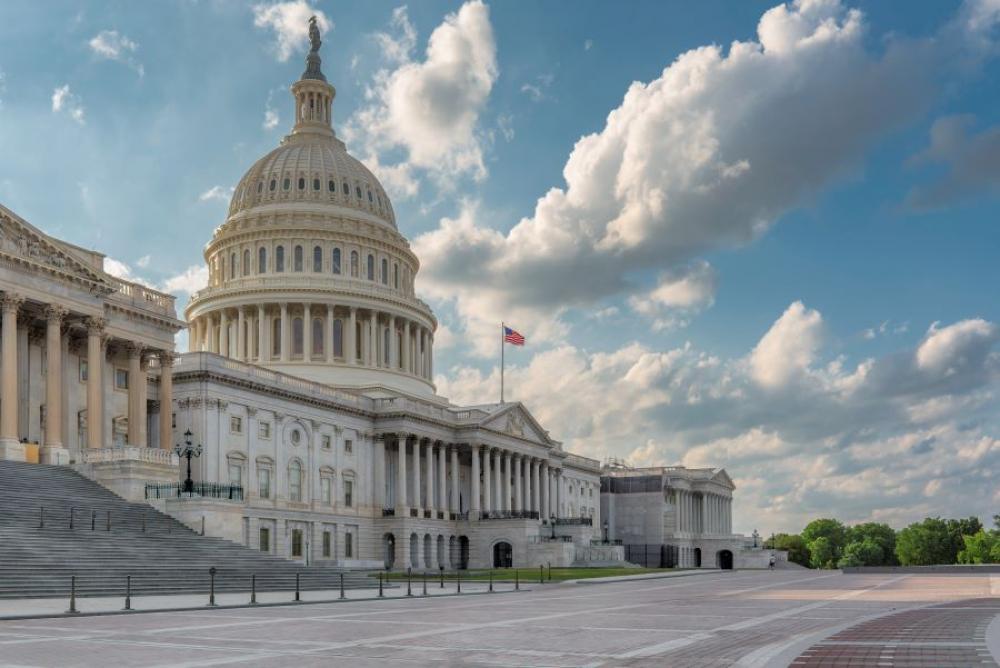 While 2022 was a year in which ESG disclosures were heavily pushed by investors and regulators, 2023 will be “a key inflection point for how it will be applied and regulated,” Sustainable Fitch said.

Economic and political turmoil will play a large role in the ongoing U.S. ESG disclosure debate, particularly as fears of recession grow, according to research and credit rating firm Sustainable Fitch.

Although the Democrat-controlled Senate is finding it difficult to compromise with anti-ESG states — particularly those states where oil and gas revenue contributes greatly to their coffers — disclosures won’t be going away any time soon and will eventually take on even more importance.

“Despite difficult market and economic conditions, ESG’s importance in investments and corporate management has continued to grow,” Sustainable Fitch analyst Nneka Chike-Obi said in a December 2022 report. “In 2023, we see ESG maturing as it is used to approach topics such as physical risk, energy security, natural capital, economic development and social impact.”

The “ESG Market Trends 2023” report focused on five key ESG trends it expects to see as the market rises and falls over the course of the year:

While 2022 was a year in which ESG disclosures were heavily pushed by investors and regulators, 2023 will be “a key inflection point for how it will be applied and regulated,” the report said.

Fitch analysts anticipate disclosures will remain important but expect to see more companies putting their money where their mouths are.

While 2022 saw many companies and investors aligned their businesses with the global ambition of reaching net-zero by 2050and some set their own net-zero targets, companies often lack a clear way to achieve these targets.

“In 2023, we expect to see a divergence between entities that follow through on their climate commitments and those that decide to wait out the current phase of volatility by pursuing business as usual,” the report said.

But is that realistic?

With a recession looming in the not-so-distant future, many corporate leaders are reevaluating the necessity of ESG projects for now. Already, approximately 34% of CEOs surveyed in a KPMG report paused their ESG efforts for the time being as worries mount of economic setbacks .

“With recessionary concerns top of mind for many business leaders, we expect to see more companies reconsidering ESG spending in 2023,” Fitch reported. “Delays in project timelines and outright cancellation of sustainable initiatives could materialize as firms seek to shore up financing for more pressing needs.”

“Social aspects, which are sometimes thought of as ‘nice-to-have,’ may be more at risk as such issues as diversity and inclusion, employee engagement and wage equality move down the priority list,” the report continued.

“In 2023, we expect to see a divergence between entities that follow through on their climate commitments and those that decide to wait out the current phase of volatility by pursuing business as usual.” – Sustainable Fitch

Additionally, ESG remains a highly politicized issue, with 15 states – among them Texas, Oklahoma and North Dakota – announcing or implementing legislation “barring state governments, including public retirement funds, from either including ESG criteria in their investment process or from doing business with companies that include either ESG factors in their investment decision-making processes or have specific exclusion policies based on ESG consideration” in the past year.

Countering anti-ESG state legislation is the federal Inflation Reduction Act, passed in August 2022. This, alongside the Securities and Exchange Commission (SEC)’s proposed regulations for Scope 1 and 2 emissions disclosures, is aimed at guiding the U.S. toward widespread clean energy investments.

“This tension between state and federal approaches to the energy transition sends a confusing signal to the global markets,” Fitch said. “The SEC’s delay in finalizing its proposed climate change disclosure regulation, originally due to be implemented in 2023, further contributes to a lack of clarity on the overall direction of U.S. sustainable finance policy.”

Despite growing political and economic tension between businesses and ESG, Sustainable Fitch predicts a renewed strictness regarding ESG as the deadline to reach 1.5 C by 2050 draws closer.

“Sustainable Fitch believes there will be more pressure on policymakers, companies and financial markets participants to increase carbon reduction ambitions and follow through on existing net-zero pledges with binding targets and pathways to achieve them,” the report stated.

While energy security issues spurred by the Russia-Ukraine war cause investors to ease their ESG disclosure policies, they are expected to require companies to provide more concrete plans on their climate targets and strategies moving forward.

And, Fitch added, this could be beneficial on many fronts, as “domestically generated renewable energy” will add to energy security and is a more environmentally friendly solution than reverting to coal, as some European nations have considered.

“In Sustainable Fitch’s view, high and volatile energy prices should underscore the urgency for governments to reach their full climate transition goals,” it said. “Reducing reliance on imported fossil fuels through increasing the share of domestically generated renewable energy can contribute to energy security.”

While the importance of ESG disclosures seems apparent, there remains frustration within the energy industry at the lack of reporting consistency.

An SEC filing on behalf the Independent Petroleum Association of America (IPAA) in June 2022 questioned the necessity of the organization’s proposed disclosure regulations, claiming it is unrealistic to expect a uniform style and method of reporting emissions.

Frustrated with the idea that no amount of ESG disclosure information would be enough to satisfy the SEC, the IPAA also argued that the proposal does nothing to rectify the lack of reporting consistency, instead creating “still another burden” and “inappropriate liability for essentially speculative information.”

Furthermore, the IPAA pointed out, the SEC’s proposals don’t take into account the “Sustainability reporting guidance for the oil and gas industry” report authored by the API, the International Association of Oil & Gas Producers and Ipieca in 2020. The guidance’s absence from the proposals, the association argued, only further highlighted the SEC’s lack of reporting consistency.

“While the development of transparency information cries for more consistency, more consensus, it is abundantly clear that the SEC proposal fails to solve that challenge,” the IPAA stated. “Instead, it merely adds another reporting form at great cost. Only, with this effort, the additional burden comes with a new cost – legal liability.”

2023-02-03 - The EU's ban on Russian refined products will begin Feb. 5 with Russia saying it will unbalance markets.

2023-02-03 - The west was previously Russia's largest energy market but has sanctioned its energy exports since the country's invasion of Ukraine.