The downhole tool works with conventional surface equipment and is installed in injection wells to transform the normally steady rate of injection to a pulsating injection stream with approximately 20 to 40 pulses per minute. (Source: Wavefront Technology Solutions Inc.)

Well stimulation is an effective technique for removing wellbore damage, or “skin,” and restoring a well’s productivity or injectivity. Dynamic fluid pulsation is a proven approach for placing fluids during well stimulation or IOR activities where conventional approaches have proven to be ineffective or marginally beneficial.

The economic and production/injection benefits of dynamic fluid pulsation are related to the application of long-wavelength displacement waves that bring dynamic energy to fluids at the pore scale, overcoming flow barriers and dispersing fluids deeper and more uniformly throughout the reservoir matrix.

All oil reservoir rock is more or less heterogeneous at all scales of micro, mega and pore. Heterogeneity refers to the geological complexity of a reservoir and the relationship of that complexity to the flow of fluids through it. Generally, the higher the level of reservoir heterogeneity, the more difficult it becomes to achieve maximum fluid distribution or conformance. Improving conformance in a non-homogenous material, such as an oilfield reservoir, means improving flow through lower permeability regions. During a well stimulation using a treatment fluid, such as acid, the goal is to move the acid through the entire rock volume. The physical constraints of fluid flow negatively impact that ideal outcome in two ways.

Stimulations are accomplished through a variety of techniques but most commonly by injecting chemicals to treat existing conditions in the reservoir.

The use of chemicals in treating wells is more effective when the fluids are placed along the completed interval with maximum distribution and depth of penetration. Conventional steady-state injection methods are limited in their effectiveness for this operation. Without the aid of mechanical or chemical diversion, the latter which may lead to reservoir damage, such formation characteristics reduce treatment effectiveness as the chemicals merely follow existing flow pathways.

Dynamic fluid pulsing works effectively as a reservoir stimulation method primarily because it forces injection fluids outside the path of least resistance through a dispersion process. The waveform associated with a purpose-created fluid pulse has a saw-tooth shape, which provides several benefits over traditional stimulation methods. The sharp change in pressure in a very short period directs flow radially into the formation, inducing fluid dispersion, which includes deeper penetration and more uniform distribution of treatment fluids, and has shown to overcome difficult reservoir conditions. However, the difference in pressure is only a small piece of the puzzle. How the change in pressure is created is a key characteristic of dynamic fluid pulsing versus acoustic, sonic and jetting approaches and ultimately the reason for fluid dispersion into the reservoir.

Dynamic fluid pulses are highly effective as a fluid placement technique for a variety of reasons:

• Dynamic fluid pulsing forces fluid into the spaces between the grains of rock or sand, which causes a very small and completely harmless expansion and contraction of this pore space, thereby giving rise to an improved dynamic permeability;

• The increase in dynamic permeability and the fluid displacement pulses allow fluids to travel more uniformly through the reservoir; and

• The typical radius of influence (as penetration depth depends on porosity, permeability and the volume of fluid injected at a single point) of the dynamically placed treatment fluid can approach 1 m (3 ft) or more. 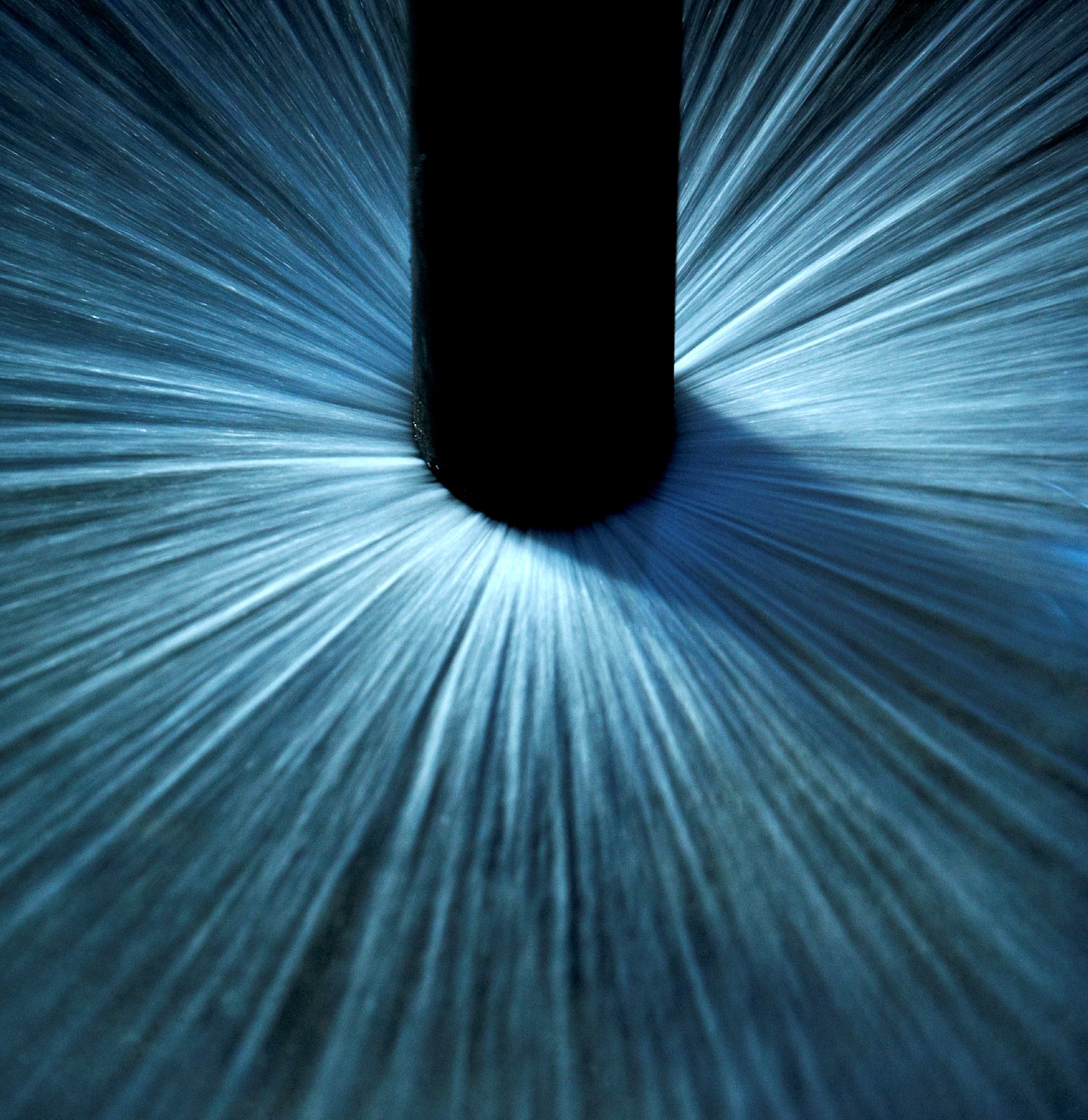 Like kinking a garden hose, precise amounts of energy are repeatedly built up and released by the tool. The pulses add acceleration and momentum to the injected fluid, forcing it into the reservoir’s nooks and crannies and more impermeable rock at speeds of up to 100 m/s (328 ft/s). (Source: Wavefront Technology Solutions Inc.)

Dynamic fluid pulse stimulation is a two-step process. Step 1 is a wellbore cleaning process to remove any scale or flow impediments within the wellbore using a cavitation-based pulsing tool that creates a water hammering effect to remove debris. Step 2 is the main treatment and employs a magnetic- based flow-driven device that operates entirely on a pressure differential where the opening and closing of a downward shifting piston allows fluid to exit the tool at high acceleration.

Why a two-step process? While the pressure differential flow-driven method works effectively as a way to force injection fluids outside of the path of least resistance and deep into the reservoir, it is not well-suited to scale and fill removal because the energy generated by the tool is that of a high-amplitude, low-frequency sawtooth wave. In contrast, devices that generate higher frequencies and lower amplitudes having a sinusoidal waveform (or continuous wave) are more suited to the removal of scale. A cavitation-based, acoustic pulsing tool is used to remove material from the wellbore and near wellbore region to prepare the well and formation for matrix stimulation via the pressure differential flow-driven device.