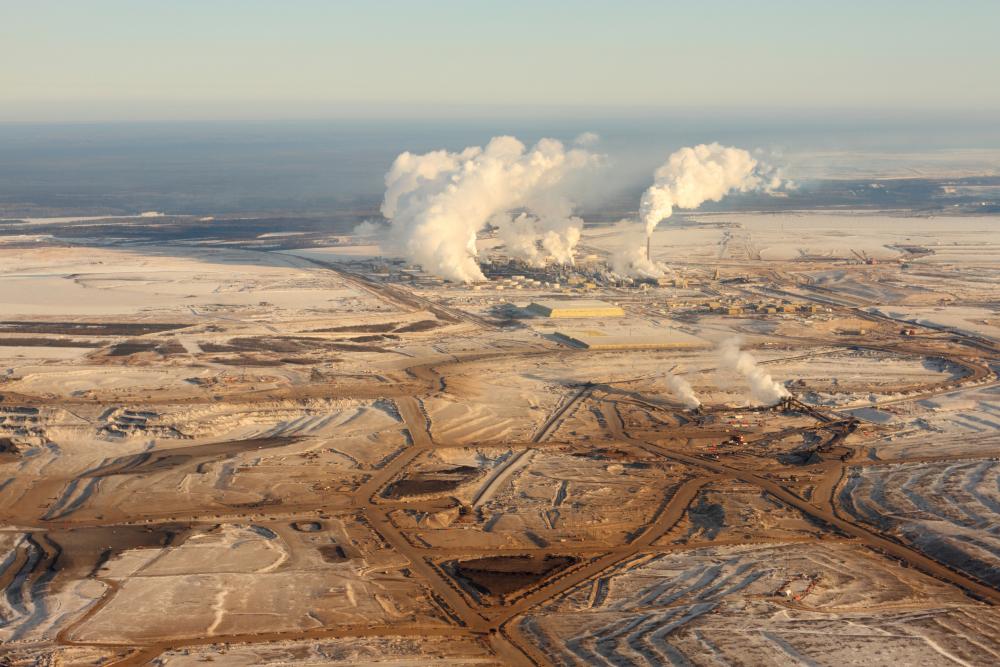 Oil sands in Canadian provinces are expected to contribute to increased emissions through 2025, according to a new report by Wood Mackenzie. (Source: Chris Kolaczan, Shutterstock.com)

It’s a precarious time for the oil majors. On one hand, they’re trying to remain profitable and productive in a depressed economic environment, and on the other hand they’re trying to do so while maintaining social responsibility with their environmental strategies. Companies like ExxonMobil, Chevron, BP, Shell and Statoil are making efforts to reduce carbon emissions and have backed the Paris Agreement.

Such efforts seem to be translating into real dollars, according to a recently released report by Wood Mackenzie that analyzed carbon emissions in the upstream sector and said that some $45 billion of oil and gas projects are at risk of getting approved.

But despite the projected cut in financed projects, Wood Mackenzie reports carbon emissions from the assets it examined are expected to increase at a faster rate than production. According to the study, gross emissions will increase by 17% by 2025, while production will grow by 15% over the same period.

“This is being driven largely by the higher [emissions] intensity of primary growth themes—heavy oil, oil sands and liquefied natural gas,” said Amy Bowe, co-author of the study.

Bowe added that conventional onshore assets are still the largest single source of emissions and production to 2025 but are expected to decline in each case.

Major oil companies, including Murphy Oil, Chevron, ExxonMobil, BP and Statoil, see this too, and they have either divested their interests in oil sands and heavy oil plays or are exploring options to do so. A new carbon tax implemented by the Canadian government will begin in 2018, although TD Ameritrade reports that if the price of oil climbs and stays above about $60/ bbl, that tax may not have much of an impact on investment decisions.

The concept of a carbon tax is one that some companies, most notably ExxonMobil, have supported in an effort to reduce carbon emissions.

“More countries are placing a price on carbon or imposing carbon-related regulations,” Law said. “This increases cost. It has never been more important to understand the value at risk.”

Production at the field was shut on May 8 as a precautionary measure due to problems with fire water pumps at offshore installations, and the shutdown was expected to last for five days, the field’s operator Equinor said.

The government said the growth in production enabled it to boost exports, including sending between 4.33 MMcm and 6.3 MMcm of gas daily to Chile in June.