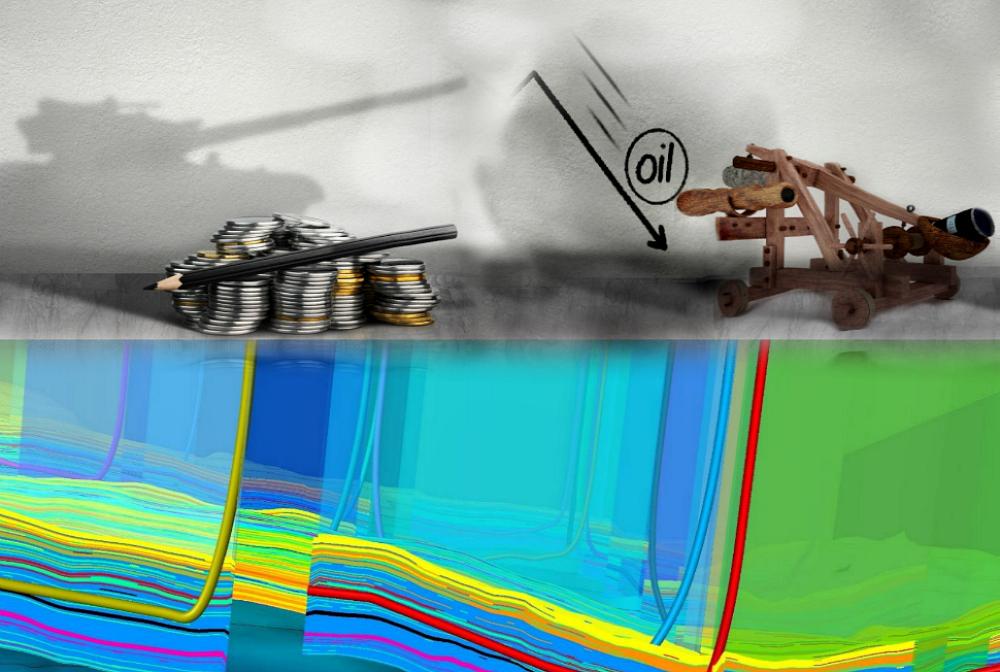 The oil and gas industry faces a constant standoff between over spending and growing oil production. Devon Energy CEO Dave Hager says he wants to keep up the grow but within cash flow. (Multi-color striated pattern image courtesy of Devon Energy. Illustration by Hart Energy.)

Vowing to keep Devon Energy Corp.’s (NYSE: DVN) budget on a tight leash, CEO Dave Hager said Nov. 1 that the company will look to sell billions of dollars in assets and reorient itself toward higher returns for shareholders.

Devon is already chasing a $1 billion divestment goal set in May and as of Oct. 31 had sold $420 million worth of assets since July. In 2018, Hager said the company plans to accelerate value creation by operating on a less capex and reducing debt. 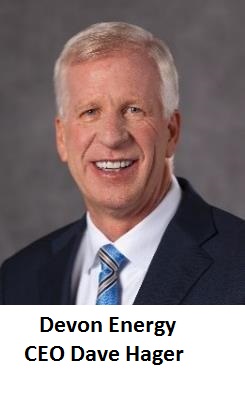 “First and foremost, our capital program is being designed to optimize returns, not production growth,” Hager said on an earnings call. “We fully acknowledge that our industry, in general, has not delivered acceptable returns and I would include Devon in that. That’s what this effort is all about.”

Hager outlined the company’s “2020 Vision”—a strategic turn away from growth at any cost—with a focus on delivering “top-tier returns” to investors. He said Devon’s board of directors will discuss tying part of executives’ 2018 compensation to returns at its meeting later this month.

If the board adopts such measures, it would run counter to most of the industry. About 79% of the 100 largest U.S. E&P companies tie compensation to either production or production growth, according to a 2017 report by firm Alvarez & Marsal.

While incentives have evolved since the energy downturn—production was used by 87% of those companies in 2014—it remains the most prevalent performance among incentive plans. Companies have added cost control incentives, but metrics such as cash flow are only found in about 23% of companies’ incentive plans, the report found.

“This is not a populist philosophy that we are paying lip service to. We are absolutely committed to doing business differently in the E&P space,” he said.

For Devon, that means shedding noncore assets that cannot compete at the highest levels over the next few years. The company’s executives said selling off more equity in EnLink Midstream Partners LP (NYSE: ENLK) isn’t “on the table” for now.

“Given the massive opportunity we have in the Stack and Delaware plays, we see the potential to monetize several billion dollars of less competitive assets within our portfolio in a thoughtful and measured fashion over the next few years,” Hager said.

In third-quarter 2017, Devon said it sold additional $80 million in asset sales—it isn’t clear where—to increase its overall proceeds. With about $420 million in assets sold, the company expects to exceed the $1 billion sales target that it said in May would be reached within a year to 18 months.

Devon is marketing part of the production-heavy Barnett Shale as well as offerings in the Powder River Basin and Stack play.

Initial bids for its Barnett assets in Johnson County, Texas, are due in the fourth-quarter. The acreage averages 30,000 barrels of oil equivalent per day (boe/d). 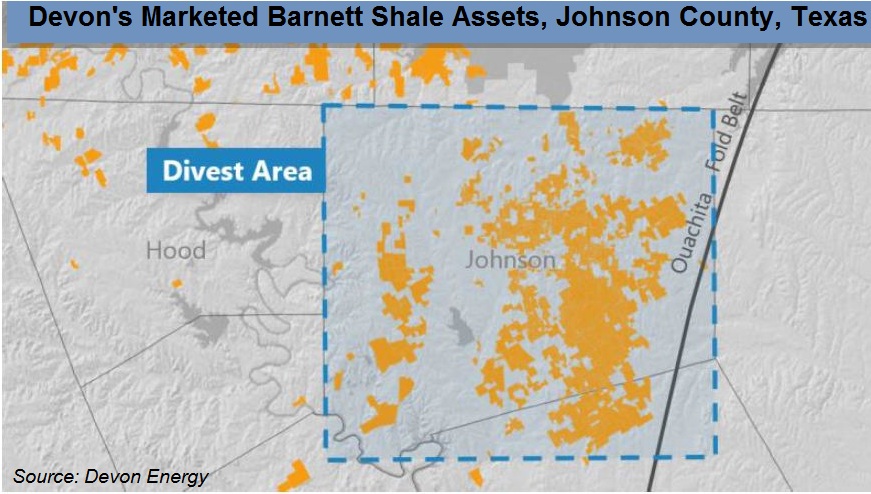 Nothing has been absolutely ruled out for sale—even in the Delaware Basin and more core areas of the Stack, Hager said.

He added that the key is whether the company can spend money that delivers returns “very far above the cost of capital” since most of its inventory is projected to be highly profitable.

Anything that falls short “we aren’t going to fund it and perhaps someone will pay us for part of that opportunity,” he said.

Devon’s third-quarter divestitures were separate from the closing of its Lavaca County, Texas, assets in the Eagle Ford and other “minor sales.” In July, Penn Virginia Corp. (NASDAQ: PVAC) agreed to acquire the assets for $205 million in cash.

Devon said the Eagle Ford sale would reduce fourth-quarter production by about 5,000 boe/d, of which 60% is oil.

RDS has been awarded a new contract for the detailed design of a drilling facility for an offshore platform, the company said March 12.