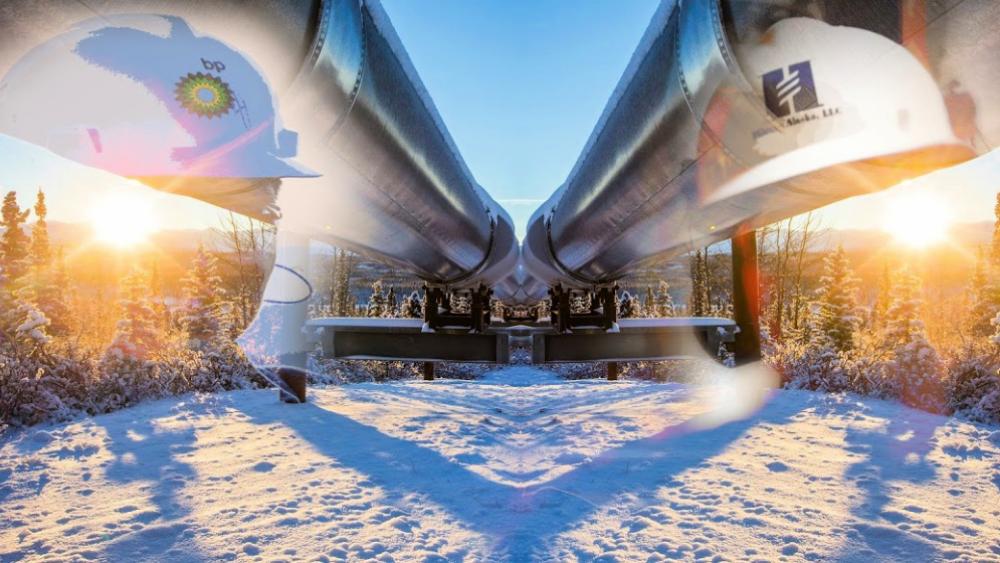 BP Plc’s decision to sell its Alaska business to privately owned Hilcorp Energy Co. for $5.6 billion not only will herald a major change for the state’s oil industry but also illustrates a growing trend between the majors and private E&Ps.

“BP was a pioneer in Alaskan drilling and one of the key players in building the Alaskan oil industry, including drilling the confirmation well for the massive Prudhoe Bay field in the 1960s and participating in the Trans Alaska Pipeline in the 1970s,” Enverus’ senior M&A analyst, Andrew Dittmar, commented. “Their exit and replacement by Hilcorp marks a changing of the guard for the Alaskan petroleum industry.”

BP has been scaling back its exposure to Alaska through a series of asset sales since 2014—including to Hilcorp previously. The latest deal thus represents a continuation of both companies’ strategies, with one taking on assets as the other has shed them. Nonetheless, this deal is especially significant, representing an international major’s exit from the state after 60 years and resulting in the handover of operatorship in the giant Prudhoe Bay oil field.

A Wood Mackenzie analyst, Rowena Gunn, also highlighted the significance of the acquisition in a press note. “This is an important deal for Alaska as it changes the operator of the flagship Prudhoe Bay field,” she said. “Growth is coming westward from ConocoPhillips and Oil Search-operated projects. But all North Slope barrels rely on the infrastructure established at Prudhoe Bay.”

“Alaska’s a pretty mature market in terms of growth, and that’s where you see some of these companies like BP and some of the other majors being maybe being not as invested there and looking at some higher-growth opportunities in their portfolios,” Dittmar told Hart Energy. “And stepping into their place are the private companies—with Hilcorp leading the way—that are interested in taking over and managing these mature assets and harvesting the cash flow while maybe adding incremental production where they can. But it’s not really a growth story, it’s a sort of advantaged mature growth portfolio with cash flow story.”

Based in Houston, Hilcorp is a relative newcomer to Alaska, having entered Cook Inlet in 2011 and the North Slope in 2014. However, BP appears confident that those years have given the privately held company sufficient expertise in operating in the state.

“We believe Hilcorp is best-positioned to take Prudhoe Bay into the future,” BP’s director of media affairs for Alaska, Megan Baldino, told Hart Energy. “They have both Alaskan experience and expertise in operating late-life/mature fields. They have a proven track record in Alaska in the Cook Inlet and North Slope.”

Hilcorp is able to take a different approach from public companies in part thanks to being privately owned, Dittmar said. “The public companies are really focused on Lower 48 unconventionals, and Hilcorp has made its mark by going out and picking up these out-of-favor conventional plays,” he said.

Unsurprisingly, the surge of production that can be quickly brought online in the most productive parts of the Permian Basin and other shale regions is more appealing to some than pursuing incremental growth from mature assets. “But they’re good assets and they have a lot of history of being profitable,” Dittmar noted.

For Hilcorp, such acquisitions of mature assets can be funded organically from cash flow, putting it at an advantage when the amount of capital available to publicly-traded oil and gas companies is shrinking.

“There are definitely some advantages to being private in this environment,” Dittmar said. “They are able to take some investment ideas that would be tougher to sell in public markets and play them out.”

Hilcorp has said it has plans to increase production from the assets, but first will focus on the transition of ownership.

“This is a tremendous opportunity to continue our investment in Alaska and to increase Alaska’s production,” Hilcorp’s vice president of government and public affairs, Justin Furnace, told Hart Energy. “We believe Prudhoe Bay has great resource potential. We will be working to evaluate new opportunities at Prudhoe, but this process will take many months. Our current focus is transition of the current assets to Hilcorp ownership and operation and the employees and contractors that may be affected by the change.”

For BP, meanwhile, the exit from Alaska spells an opportunity to focus more on its unconventional operations, which it recently beefed up via a $10.5 billion acquisition of shale assets from miner BHP in late 2018. Now, BP has a program underway to sell $10 billion worth of assets over 2019-20 in order to strengthen its balance sheet, and the sale to Hilcorp brings it much closer to this goal.

Analysts from Bernstein Research described the Alaska deal as “a left field material portfolio-thinning divestment, proving that no asset is sacred even it if is fifty years old and synonymous with BP.”

The Bernstein analysts noted that BP had been widely expected to target onshore U.S. tight gas properties for divestment, which would have been difficult to sell at current low natural gas prices. The sale of Alaska assets, while unexpected, was viewed far more favorably.

“Extra attention paid to this mature asset in recent years, such as flipping a decline rate into a positive number, was clearing dressing it up for sale and has paid off with an attractive transaction multiple 54% higher than a tranche sold last year and only 29% lower than peak 2014 valuation levels despite 45% lower oil prices,” the analysts wrote in a note.

BP’s Baldino declined to comment on what other BP assets could be put up for sale by the company, but Dittmar identified the Permian Basin, Eagle Ford and Haynesville shale plays as core regions the major will focus on. This leaves legacy assets such as those in East Texas and the Arkoma Basin as likely targets for divestment.

Alaska is not the only region where private players are taking over from international majors—a similar dynamic can be seen in the North Sea. “Conoco[Phillips] stands somewhat uniquely among the major international oil producers in retaining its commitment to Alaska as a key growth region,” Dittmar said.

Aside from ConocoPhillips though, other players may yet follow in BP’s footsteps to exit Alaska.

“This will not be the last deal in the region,” Wood Mackenzie’s Gunn said. “Exxon Mobil may be next to follow BP, Anadarko [Petroleum Corp.], Pioneer [Natural Resources Co.] and Marathon [Oil Corp.] in the list of companies having sold out of Alaska.”

These companies have a focus on shale in common, and it appears that unconventionals have not yet lost their allure despite a difficult economic environment. At the same time, though, it is unsurprising that others are looking at different types of opportunities.

Prudhoe Bay is estimated to have the potential to produce more than 1 billion additional barrels, and Hilcorp’s move suggests that the field’s story is far from over.