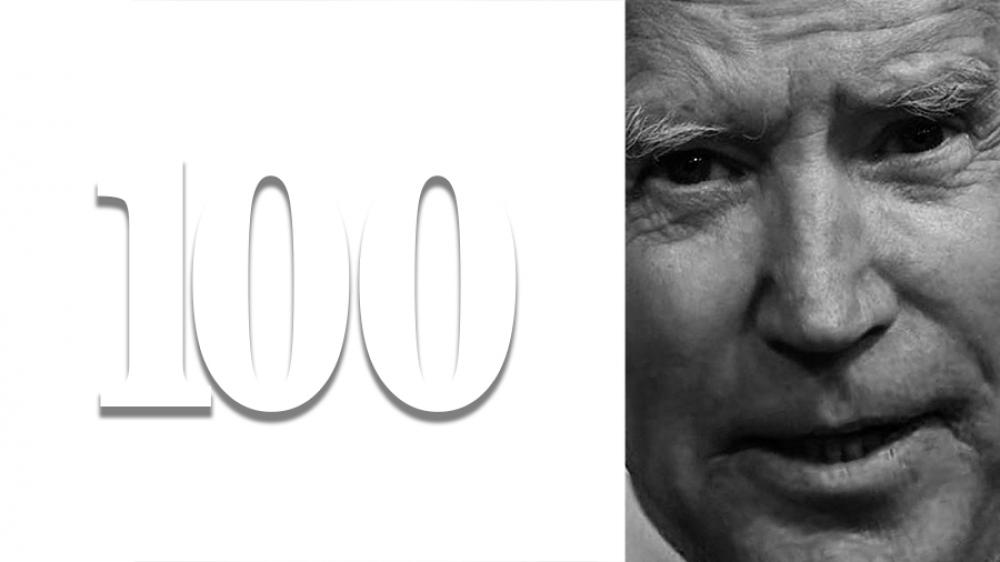 The first 100 days of President Joe Biden’s administration have largely confirmed the centrality of energy regulation to Biden’s agenda. From the administration’s first-day re-entry into the Paris Agreement, to Biden’s recent “American Jobs Plan” and “Made in America Tax Plan,” the president and his appointees are clearly working through a laundry list of regulatory shifts highly relevant to the oil and gas industry.

Few of these shifts are surprising and many remain largely contingent on official actions by federal agencies, Congress and the courts. For example, at his recent Earth Day climate summit, Biden pledged a 50% reduction in U.S. greenhouse gas emissions by 2030. This would require drastic reductions in the consumption of fossil fuels like oil and coal. The White House provided no additional details on how the president plans to achieve such reductions. This article details the most important and specific energy-relevant developments during Biden’s first 100 days.

On March 31, Biden introduced a $2 trillion “American Jobs Plan.” The plan, as outlined in a simultaneously-released fact sheet and a subsequently-released Treasury Department report, contains a sweeping set of proposals to increase investment in infrastructure while offsetting the costs of these proposals with a “Made in America Tax Plan”. The Tax Plan includes significant changes, including proposals to increase the corporate income tax rate from 21% to 28%, create a new corporate minimum tax regime and incentivize corporations to remain organized in, and keep their earnings and profits in, the United States.

According to the fact sheet, the Tax Plan would eliminate “subsidies, loopholes, and special foreign tax credits for the fossil fuel industry.” However, the Tax Plan as outlined does not include details regarding the specific fossil fuels provisions to be proposed—only that the eliminations would increase tax receipts by more than an estimated $35 billion in the coming decade.

A possible clue as to what might be included in the Tax Plan can be found in past Democratic proposals, which attack tax incentives for the fossil fuels industry. Those past tax proposals included the elimination of the deduction for intangible drilling costs, repeal of percentage depletion, repeal of two-year amortization of geological and geophysical expenditures for independent producers and elimination of the MLP tax passthrough regime for fossil fuels. The Tax Plan is likely to revive at least some of these prior proposals.

While the details have not yet been fully provided, tax incentives for clean energy and energy infrastructure (and certain non-tax, clean energy-related incentives) would likely include the following:

According to the Treasury Department report, the Tax Plan, together with nontax initiatives, “sets the country on a path to 100 percent carbon pollution free electricity by 2035.”

The Tax Plan would also revive long-expired Superfund taxes to bolster the Hazardous Substance Superfund Trust Fund and hasten the remediation of hazardous waste sites across the country. While the Superfund program primarily targets the cleanup of hazardous substances at sites nationwide, the Tax Plan proposes to renew the Superfund taxes not only for their original purpose, but now also for broader administration policy purposes—to disincentivize fossil fuel and chemical production and to improve the health of communities overburdened by pollution and suffering from adverse-socioeconomic conditions.

The Comprehensive Environmental Response, Compensation, and Liability Act was enacted in 1980 to hold parties financially responsible for contamination from their operations and remediate hazardous waste sites. While responsible parties typically conduct and fund the work, EPA may conduct and finance the cleanups with the Superfund Trust Fund in some circumstances—such as when responsible parties cannot be identified. Three dedicated taxes—on petroleum, chemical feedstocks, and corporate income—provided most of the Superfund Trust Fund’s original revenue; however, this taxing authority expired over 25 years ago.

That may change under the Biden Administration. The Superfund Trust Fund, once worth several billion dollars, has shrunk since the taxes expired. According to the EPA, limited funding has delayed or slowed the pace of cleanups. The Tax Plan aims to address this situation by restoring the Superfund taxes to “penalize polluters through tax disincentives” and pay for cleanup costs.

On April 28, the Administration released the “American Families Plan” as outlined in a fact sheet. This plan would nearly double the capital gains tax from 20% to 39.6% for households earning more than $1 million a year. The plan would also increase the top ordinary income rate to 39.6%, and eliminate the practice of “stepping-up” the basis of certain property transferred to heirs at death.

On Jan. 21, Biden named Richard Glick as chair of the Federal Energy Regulatory Commission (FERC), succeeding James Danly. FERC is an independent agency within the Department of Energy composed of five commissioners, each nominated by the president and confirmed by the Senate. FERC’s responsibilities include approval authority over interstate natural gas pipelines and LNG export facilities. Glick, appointed by President Donald Trump in August 2017, is the longest-serving Democrat currently on the commission. FERC will retain a 3-2 Republican majority until the term of Neil Chatterjee, a Republican, ends on June 30.

Under Glick’s chairmanship, FERC has taken steps to prioritize greenhouse gas (GHG) emissions and environmental justice as part of its review process for natural gas pipelines and other infrastructure projects. On Feb. 18, FERC issued a Notice of Inquiry (NOI) seeking public comment on how the commission should consider adjusting environmental evaluations when determining whether a natural gas project would be required by public convenience and necessity. Among other issues, the NOI seeks comment on legal questions concerning potential GHG emission, calculation of a project’s carbon footprint and climate change analyses. Comments on the NOI were due April 26.

In his comments during the March 2021 Open Meeting and in his written dissent from the March 22 Order, Danly criticized the timing of the change in policy for pipeline approvals and urged every natural gas pipeline company, LNG company and shipper to protect their interests by filing interventions to challenge FERC’s review of GHG emissions. Subsequently, in its April 2021 Meeting, the commission allowed pipeline developer Enbridge Inc. to intervene in the Northern Natural Gas Co.’s pipeline replacement project proceeding, which allows the company to initiate a legal challenge of the March 22 Order upon the conclusion of FERC’s rehearing process.

While no other pipeline developers petitioned FERC to intervene in the Northern Natural Gas Co. proceeding, the Commission could face legal challenges from developers concerned about the possibility of industry-wide policy changes in pending certificate orders.  Spurred by Commissioner’s Danly’s dissent, developers could argue that the commission’s decision violates the Administrative Procedure Act by departing from established precedent without adequate explanation or consideration of stakeholder comments in the pending NOI to determine whether such policy is appropriate or feasible. Given the significance of the policy shift and the potential for stakeholder input, ongoing pipeline certificate and NOI proceedings could result in further policy revisions.

In recent months, the U.S. Environmental Protection Agency (EPA) and Council on Environmental Quality (CEQ) have taken various administrative and judicial steps to vacate, rescind and remand Trump-era regulations and guidance, including those relating to GHG emissions and agency implementation of requirements under the National Environmental Policy Act (NEPA).

The SCR set forth parameters for regulating GHG emissions under Section 111(b) of the Clean Air Act. The rule established that source categories whose GHG emissions are 3% or less of U.S. GHG emissions do not contribute significantly to dangerous air pollution and thus cannot be regulated under Section 111(b). EPA also determined that no industrial sector other than power plant utilities would meet the 3% threshold needed for a significant contribution finding and thus could not be regulated under the New Source Performance Standards program.

On March 17, EPA filed an unopposed motion to vacate and remand the SCR in the pre-existing litigation challenging the rule. The case is State of California v. EPA, Case No. 21-1035, (D.C. Circuit). EPA explained during the rulemaking process under the Trump administration, the agency had failed to provide adequate notice and opportunity for comment on the rule. EPA also stated that the SCR’s 3% threshold would preclude the agency from setting standards for other sources, such as oil and gas production facilities, petroleum refineries and boilers.

On April 5, the D.C. Circuit granted EPA’s motion. The court found that EPA failed to provide public notice or opportunity for comment before implementing the rule.

On February 19, 2021, the CEQ issued a notice that it had rescinded the draft NEPA guidance to comply with the express directive in Executive Order 13990, “Protecting Public Health and the Environment and Restoring Science to Tackle the Climate Crisis.” According to the Notice, “[m]any projects and programs proposed, funded, or approved by Federal agencies have the potential to emit or sequester greenhouse gases (GHGs), and may be affected by climate change.” The notice also states that “Federal courts consistently have held that NEPA requires agencies to disclose and consider climate impacts in their reviews.” Based on this and directives in the executive order, CEQ rescinded the 2019 Draft GHG Guidance. Additionally, the notice explains that CEQ will review the 2016 “Final Guidance for Federal Departments and Agencies on Consideration of Greenhouse Gas Emissions and the Effects of Climate Change in National Environmental Policy Act Reviews” and address any appropriate revisions and updates to that guidance.

On April 14, the Senate confirmed Biden’s appointee to lead the CEQ, Brenda Mallory. Mallory is expected to focus on the administration’s priorities for climate change and environmental justice with respect to the NEPA environmental review process.

CEQ adopted extensive updates to its NEPA regulations in July 2020. According to CEQ at the time, the final rule (1) “comprehensively updates, modernizes, and clarifies [its] regulations to facilitate more efficient, effective, and timely NEPA reviews”; (2) “will improve interagency coordination in the environmental review process, promote earlier public involvement, increase transparency, and enhance the participation of States, Tribes, and localities;” and (3) “will advance the original goals of the CEQ regulations to reduce paperwork and delays, and promote better decisions.”

As explained in recent filings made in the case challenging the 2020 NEPA final rules, CEQ has commenced a comprehensive reconsideration of the regulations to evaluate their legal basis, policy orientation and conformance with administration priorities, including the administration’s commitment to addressing climate change and environmental justice. The case is Wild Virginia, et al., v. CEQ, Case No. 3:20-cv-00045-JPJ-PMS (W.D. Va.). The United States’ March 17 motion for remand without vacatur states that the CEQ expects to decide in the coming weeks whether to propose to amend or repeal the NEPA regulations in whole or in part. CEQ’s reconsideration of the NEPA rules could result in more onerous procedures for environmental reviews of federal agency actions.

Norway to Ramp Up Offshore Wind in Drive to Go Green

A wide range of utilities, oil and gas firms and engineering companies have lined up to develop offshore power projects in Norway, including Equinor, Shell, BP, Ørsted and Eni.

Fugro and NYK Group (NYK) have signed a memorandum of understanding (MOU) on Nov. 16 to provide offshore geotechnical services in Japan.