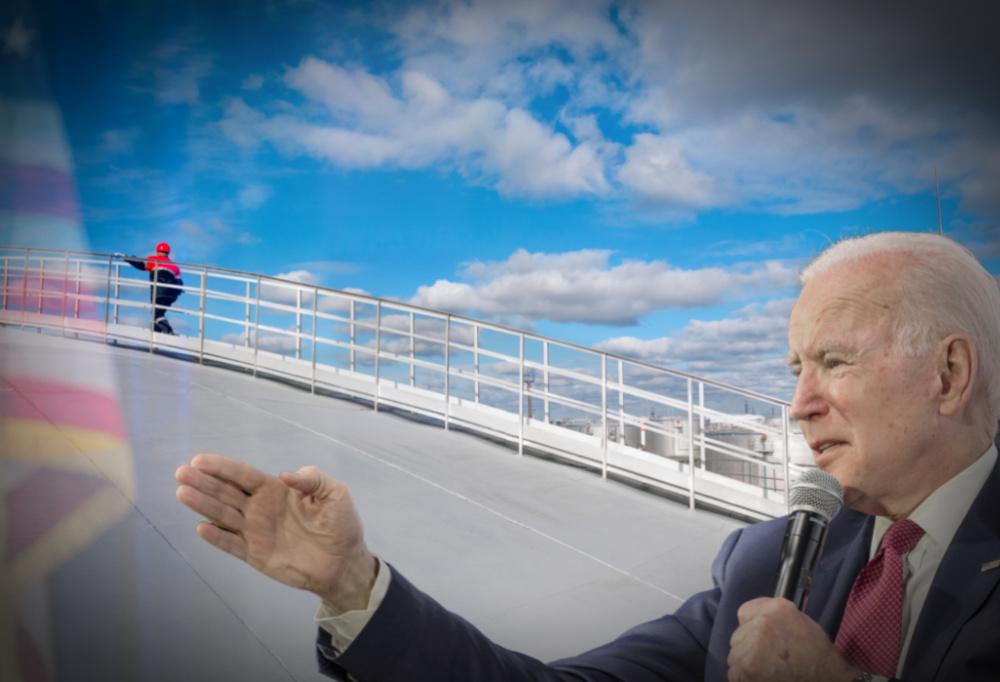 Inflation in the U.S. rose in October by 6.2% and is running at its fastest annual rate since 1990. Surging prices threaten to undermine the economic recovery and are already exacting a hefty political toll on President Joe Biden and his Democratic party.

Biden has placed the blame squarely on rising fuel prices.

“The largest share of the increase in prices in this report is due to rising energy costs,” the president said of the new figures. “Inflation hurts Americans’ pocketbooks and reversing this trend is a top priority.”

However, Biden does not have a lot of tools at his disposal to make prices fall at the pump.

The president reiterated that the White House’s National Economic Council was monitoring the situation and antitrust regulators were scouring the country for signs that fuel prices are being manipulated. Neither of these are likely to yield anything meaningful for prices. OPEC+, meanwhile, has been unmoved by pleas for more crude.

A release from the Strategic Petroleum Reserve (SPR), a stockpile of around 610 million barrels of crude held by the federal government, is left as the most significant tool at Biden’s disposal.

The administration has been holding a potential release over the market for weeks but there are some strong arguments against such a move.

For one, while oil prices are up sharply from the lows during last year’s crash in demand, they are not spectacularly high—making a release from supplies set aside for emergencies hard to justify.

U.S. oil prices are around $82/bbl, not much higher than the $75/bbl hit in the summer of 2018—Brent crude prices actually surpassed $80/b at that time. Compared to today, prices were consistently higher from 2010 up until the 2014 market crash.

The last big release from the SPR came in 2011 when civil war erupted in Libya, causing a supply disruption that sent oil prices above $100/bbl. The Obama administration tapped into the strategic stocks as part of a coordinated effort with the International Energy Agency (IEA), releasing 60 million barrels from government-held supplies across the U.S., Europe and Asia.

While some banks have said $100/bbl oil is possible again, the Energy Information Administration, an independent agency that sits in the Department of Energy, gave a more bearish outlook this week.

It predicted prices would stay around current levels through the end of the year and start falling early in 2022, to around $60/bbl by the end of next year, as demand growth cools and supply picks up. That is hardly a ringing of the alarm bells.

It’s also not clear that an SPR release would be all that effective. Most analysts argue it would cause a short-lived fall in prices.

Looking back at that 2011 release, oil prices dropped sharply initially, but they were back above $100/bbl within a few months. That was with widespread cooperation among consumer countries that amplified the scale of the action. There does not appear to be a similar appetite within the IEA today for such a coordinated action.

Japan and Turkey are among countries that could be involved. But this would hardly wow the world’s oil markets. And any temporary release from consumer governments could be offset by OPEC deciding to slow down its own oil supply increases.

But perhaps the strongest argument from the administration’s perspective is political. An SPR release would project an image of action in tackling one of Americans’ most pressing concerns. Even if it did not deliver lasting relief at the pump, the administration could argue it had done what it could while calling on OPEC+ and others to step up action.