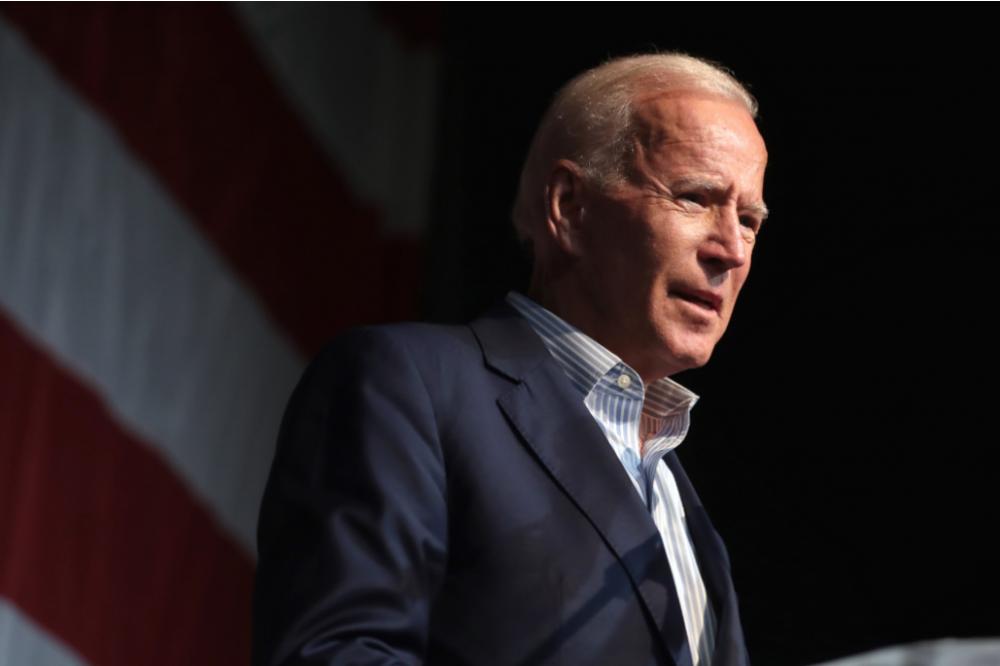 The Biden administration on March 29 unveiled a goal to expand the nation’s fledgling offshore wind energy industry in the coming decade by opening new areas to development, accelerating permits, and boosting public financing for projects.

The plan is part of President Joe Biden’s broader effort to eliminate U.S. greenhouse gas emissions to fight climate change, an agenda that Republicans argue could bring economic ruin but which Democrats say can create jobs while protecting the environment.

The blueprint for offshore wind power generation comes after the Biden administration’s suspension of new oil and gas leasing auctions on federal lands and waters, widely seen as a first step to fulfilling the president's campaign promise of a permanent ban on new federal drilling to counter global warming.

The United States, with just two small offshore wind facilities, has lagged European nations in developing the renewable energy technology. The administration of Biden’s predecessor Donald Trump had vowed to launch offshore wind as a promising new domestic industry but failed to permit any projects.

The plan sets a target to deploy 30 gigawatts of offshore wind energy by 2030, which the administration said would be enough to power 10 million homes and cut 78 million metric tonnes of CO₂ per year.

One of the first steps will be to open a new offshore wind energy development zone in the New York Bight, an area off the densely populated coast between Long Island, New York and New Jersey, with a lease auction there later this year.

The industry will employ 44,000 workers directly by 2030 and support 33,000 additional support jobs, the administration said, with a promise that they would be “good-paying union jobs.”

Many of those jobs will be created at new factories that will produce the blades, towers and other components for massive offshore wind turbines and at shipyards where the specialized ships needed to install them will be constructed. The administration predicted the nation would see port upgrade investments related to offshore wind of more than $500 million.

The administration said it will also aim to speed up project permits, including environmental reviews, and provide $3 billion in public financing for offshore wind projects through the Department of Energy.

The plan was met with skepticism by a fishing industry group that noted the plan’s pledge of just $1 million for research into the effects of offshore wind on fisheries. Fishing groups worry that massive turbines in the ocean would interfere with fishing routes and impact commercial species.

“Where’s our roadmap to not completely stomping out one of our main sources of food production and our main source of jobs in coastal communities?” Annie Hawkins, executive director of the Responsible Offshore Development Alliance, said in an interview.

Commerce Secretary Gina Raimondo, in her remarks at a press conference, vowed to “work through those tensions” between fisheries and wind development.

The United States currently has just two small offshore wind farms, the 30-megawatt Block Island Wind Farm off Rhode Island and a two-turbine pilot project off the coast of Virginia. There are more than 20 GW of proposed projects in various stages of development.

Europe, by contrast, has more than 20 GW of capacity and plans to expand that more than ten-fold by 2050. Many of the companies developing U.S. projects are European, including Norway’s Equinor ASA, Denmark's ØrstedAS, and a joint venture between Avangrid, the U.S. arm of Spain’s Iberdrola, and Denmark’s Copenhagen Infrastructure Partners.