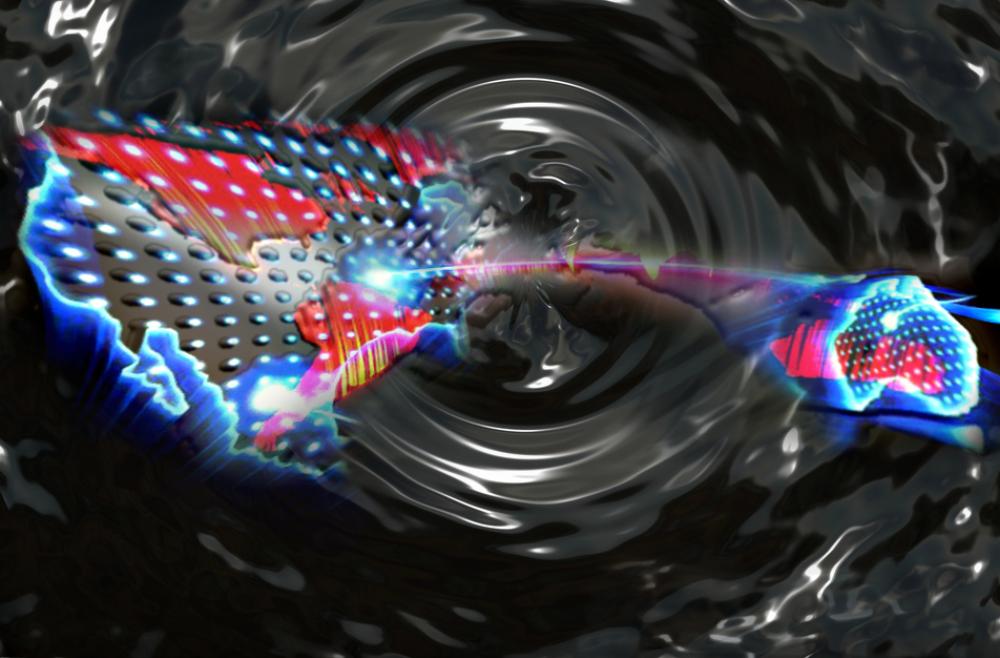 The Tuscaloosa Marine Shale (TMS) has been in the industry’s no man’s land the past couple of years, but an Australian company led by the founder of Aurora Oil & Gas aims to change that.

Australis Chairman Jonathan Stewart said the TMS deal is the acquisition the company has been seeking since forming in 2014. Stewart previously headed Aurora, which sold in June 2014 for $2.35 billion.

“We see many parallels to the early days of the Eagle Ford,” Stewart said. “We believe that our Aurora Oil & Gas experience in the Eagle Ford from discovery to full development and then sale in 2014 offers us key [experience] to apply to generating significant value for shareholders.”

The acreage is contiguous to Australis’ existing 19,000-net acre position in the TMS. Along with other undeveloped acreage, Australis will hold 141,000 net acres in the play.

Encana will sell 215 potential future well locations at 250-acre spacing. The assets’ PDP reserves are about 5 MMbbl, independently valued at US$95million, Australis said. Oil and gas consulting firm Ryder Scott Company LP estimates the acquired production will generate US$41 million of net cash flow to Australis during the next two years, based on the forward strip on Feb. 1.

Stewart said Australis will become the largest holder in the oil-rich core of the TMS—one of the few “remaining undeveloped oil producing shale basins” in the U.S.

About 22,000 of Encana’s acreage is HBP with the reaming 40,000 acres in permitted drilling units. Australis will also acquire working interests in 29 net operated and producing wells and 1.6 net nonoperated producing wells. 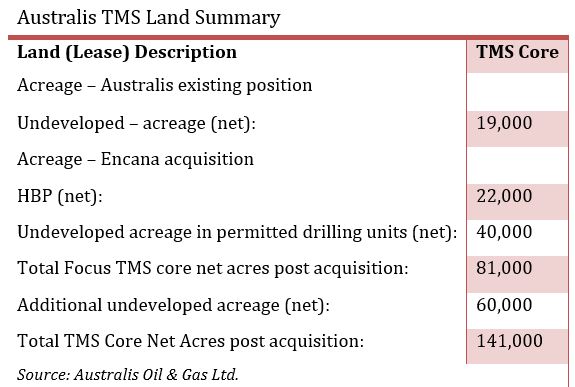 Stewart said initial activity will focus on maintaining and extending leases within the 40,000 net acres Encana holds in permitted drilling units. Australis plans to fund the activity from cash flow.

The TMS has previously helped undo companies, including Goodrich Petroleum Corp. In August 2015, the company’s TMS well costs were an estimated $10.5 million. Since emerging from bankruptcy, Goodrich is focusing on the Haynesville but retains TMS acreage.