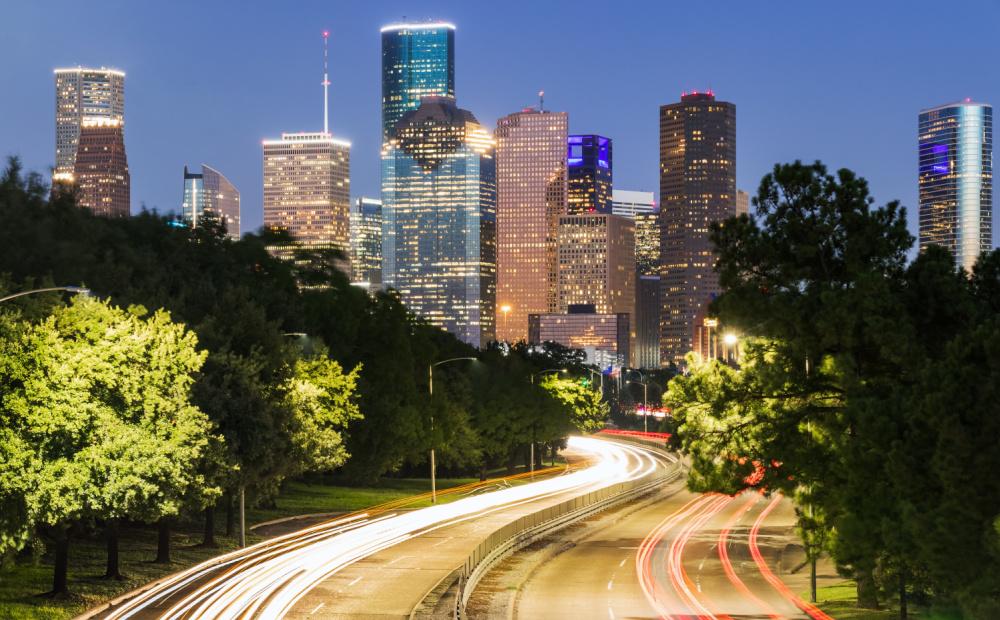 HOUSTON—Houston recently hosted the 23rd World Petroleum Congress for the first time since 1987, an indicator that the city has the potential to grow the new wave of the energy industry.

With the energy transition already underway, congress attendants speculated over Houston’s role in the changing industry. According to three leaders from different facets of the energy industry, connectivity is an essential factor in fostering growth and innovation in Houston’s energy sector, both in the physical sense and virtual sense.

“Innovation needs density, and I think that's one of the big successes of all the places where there's a lot of density,” said panelist Juliana Garaizar, head of Houston Incubator and vice president of innovation at Greentown Labs. “I think that's something that was missing in Houston. So this innovation district that the iron is putting together in the map that's going to link downtown to the Texas Medical Center to Rice is going to bring us closer also to the energy corridor, I think is going to be key to develop that connective tissue that we need.”

“We need to find ways to engage with each other, both more broadly and more deeply, I think different sectors [need to] come together,” added panelist David Leebron, president of Rice University. “We have a tendency just to challenge people to what we want from the other sector and kind of building, but…we have to sort of approach this with urgency, and that tends to lead us to focus on the year term things.”

Moderated by Bobby Tudor, partner at Perella Weinberg Partners and chairman of Tudor, Pickering, Holt & Co., Garaizar and Leebron spoke as part of a panel at the World Petroleum Congress on Dec. 8 discussing the aspects that are most driving the energy transition in the Bayou City.

Greentown Labs, a company dedicated to solving the climate crisis located originally in Boston, chose Houston for its second location due to the amount of impact they believed they could have, Garaizar said. Since several major oil and gas companies are based in Houston, the move was crucial “to catalyze the energy transition” by being able to meet with members of the energy community in-person.

“If we moved to other places like Los Angeles or Silicon Valley, we're not going to have the same impact because there's already companies’ incubators doing this work with us. And we collaborate with them already, but Houston has so much potential,” she said. “Some of the board members would say, we were also part of a problem that I was told, but the solution in the opportunity is huge here.”

In addition to getting face time with energy personnel, Houston has a greater variety of energy professionals. According to Garaizar, while Boston’s energy personnel consists primarily of young PhDs invested in bringing innovation to the field, Houston is a diverse blend of experienced energy professionals mixed with younger environmental scientists focused on energy transition.

“A lot of mature professionals who have been seen problems at the oil and gas industry wanted to solve them; sometimes you solve them from within and [sometimes] they have to step out, but also have some capital available because they have some available capital to make that transition,” Garaizar continued. “That combination of more experienced professionals with also some business acumen and then these younger scientists happening in Houston is extremely interesting because there's a lot of cross-pollination, and we're tackling the biggest problems in the world.”

“I believe that Houston has all the ingredients to deal with the energy transition successfully,” she added. “It has the talent. It has infrastructure. It has the capital and all the stakeholders that really believe in the energy transition, is all about putting them together. So how do we put this together create connectivity? Well, you need spaces.”

David Baldwin, co-president of SCF Partners who also participated on the panel on Dec. 8, described the energy transition as a “rich environment” in which to invest, saying that Houston was possibly next on the list of places to invest behind Asia and the Middle East.

“I think Calgary's next tremendous entrepreneurial culture there of support network for the energy industry, real oddly, and a need because of such a big driver of their economy,” Baldwin said. “They're going to figure out solutions to the energy transition and it's going to be a fabulous place to invest.”

Garaizar and Leebron both addressed their companies’ “creative” capital needs, with Leebron stating that conducting—and funding—further environmental and technological research will be a critical determinant to separate Houston from competing areas in the energy market.

“Even with generous research grants, research is a money-losing proposition at the end of the day, if we don't support that research and educational endeavor, then whether we're Houston or anywhere, we're not going to be competitive,” he continued. “But I will say about Houston, the support for the educational endeavor and Houston has really been tremendous.”

While it’s no secret that the energy transition is a costly endeavor, Baldwin is confident that those in charge will be able to secure the necessary resources and accomplish Houston’s energy capital goals.

“We're probably 5% into what really needs to happen, but the ingredients are here in Houston to make it work,” Baldwin said. “And hopefully our capital can be the fourth element of that as you put the other phases in place for success for our community, but for a world to make this energy transition.”

Moving into 2022, Baldwin predicts further growth in the energy industry in terms of adding new jobs and developing companies.

“I often compare where the energy industry today is similar to where the tech industry was in 2000 is there's this metric rise that took place in the tech industry,” Baldwin said. “I think of that Chevron and Exxon and AADE and Dow Chemical, those are companies that are struggling now to make that transition, but those are strong, healthy, critical companies that are going to be the backbone of the energy future for another several decades. But equally, if we're all doing our job right, creating the right ecosystem for new companies to develop, there's going to be an equal number of giant companies like Tesla today, or like Amazon, that were started in that time period that were inspired by the opportunity.”

Ultimately, the panelists agreed that to fully embrace the energy transition, green energy businesses shouldn’t be considered separate from the existing oil and gas culture in Houston but rather as an embedded and important aspect of it.

“From me, success is net job creation. We are now losing jobs to the oil and gas, and I really believe that Houston not only can incorporate those jobs with the energy transition, it can generate many more,” Garaizar said. “And that can become like maybe a third wave of growth for the city of Houston, of course, innovation generation.”