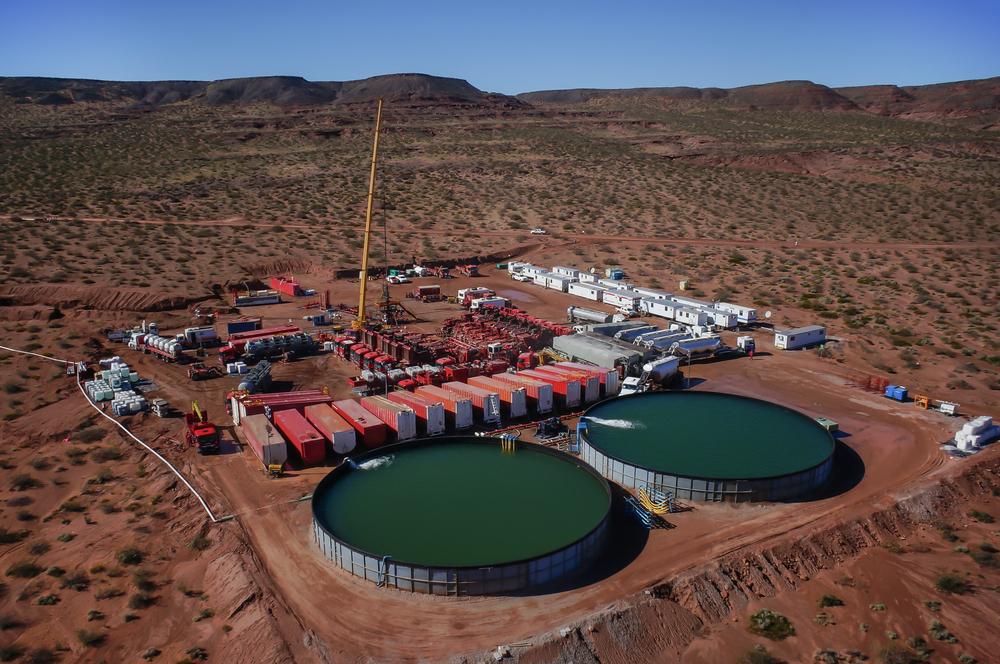 Argentina's booming shale production in Vaca Muerta, a formation that rivals the United States' Permian Basin, is at risk of running out of road as infrastructure to handle the oil and gas nears capacity, threatening to put the brakes on rapid growth.

The government is now racing to build out infrastructure: a major new gas pipeline is set to come online mid next year and there are plans for new export terminals near Buenos Aires. The government is also working on a liquefied natural gas (LNG) law to send to Congress hoping to stimulate investment.

How the government fares is key to Vaca Muerta's future after years of stop-start development.

The formation, in Argentina's Patagonian south, is the size of Belgium. It holds the world's second-largest shale gas reserves and the fourth-largest shale oil deposits.

It could become a key global supplier of gas as the world looks for alternatives to Russia, whose energy industry has been heavily sanctioned over its invasion of Ukraine.

But industry data reviewed by Reuters, interviews with a dozen executives, local and national officials and Vaca Muerta residents, reveal how bottlenecks - from pipelines operating at capacity to a lack of fracking equipment and utilities - threaten to hold up the country's plans.

The plant aims to up its capacity from 15 million cubic meters per day (m3/d) this year to 21 million m3/d in 2023, Trovarelli told Reuters at his office in the energy transport hub town of Tratayén in Neuquen province. But it can only meet these targets if new pipelines come online.

"If that doesn't happen I cannot expand, because I have nowhere to inject the gas," Trovarelli said.

Data from consultancy Rystad Energy shows oil and gas production in Vaca Muerta is bumping up against the limit of what pipelines can carry. Neuquen produces some 280,000 barrels per day of oil, at pipeline capacity. Gas is similarly at its ceiling of around 2 billion cubic feet per day.

On the ground in the key Vaca Muerta shale town of Anelo the signs of strain are clear. Red gravel roads remain unpaved and many homes are not to connected to sewage and water, locals said, an issue for bringing in new oil and gas workers needed to propel the boom.

"Anelo is about to collapse," said Milton Morales, 40, the local mayor, who cited hundreds of homes not being linked to the gas grid and a lack of services in the town of some 9,000 residents. The population has exploded fivefold in the last five years.

"It is ridiculous to talk about the potential to develop Vaca Muerta and the projections generated by the reserves that we have behind our town and to think that Anelo today has 700 families without gas," he said.

"Today we are focused on the entire transport plan, because first we need the internal supply to be able to promote exports later," Energy Secretary Flavia Royon told Reuters on the sideline of an event in Buenos Aires.

The government is pushing an LNG bill that should attract investment throughout the sector by ensuring long-term stability. It's also focused on building the Nestor Kirchner gas pipeline from Vaca Muerta to near Buenos Aires that could eventually increase total transport capacity by a third.

A source at state energy firm YPF said the LNG bill could move to Congress in the coming days or weeks and would include tax benefits and better access to foreign exchange markets for the sector. That would help unlock deals including a potential one with Malaysian energy giant Petronas.

Shale oil and gas production in Vaca Muerta has risen sharply over the last year, driven by the higher efficiency of wells and government measures to stimulate production.

Oil and gas executives said they needed new export markets for their output to keep growing.

"We could raise production, but there would have to be more demand. Local and regional demand is not enough," said Ricardo Markous, president of Tecpetrol, which operates the huge Fortin de Piedra field in Vaca Muerta.

He said Argentina needed to build infrastructure to export LNG, which it currently lacks.

The government has ambitions to attract some $10 billion investment in liquefaction plants to convert its gas to LNG with the aim of reaching gas exports of some $15 billion by 2027. The plants, key to exporting gas overseas, take years to build.

The chief operating officer of a local oil firm, who asked not to be named, said investment was needed to improve and expand the ports for crude export too.

Oil and gas executives said a complex economic environment - inflation heading towards 100% and tough capital controls limiting access to foreign exchange - was a drag on investment. They want a special regulatory framework for the sector.

"Vaca Muerta's future production it at risk because there aren't enough dollars for SMEs or oil service firms," Juan José Aranguren, a former Shell executive and government official, said in a seminar in Buenos Aires.

Foreign currency access is vital to pay for imported services or equipment, he said.

Vaca Muerta is at a crossroads, executives said. While the government is trying to spur production, equipment bottlenecks remain an obstacle.

"For the amount of activity that will take place in Vaca Muerta, the fracture sets we have today in the country are not enough," said Marcelo Mindlin, executive president of Pampa Energía, the third-largest gas producer in the Neuquén basin.

During a visit to one of the firm's fields, Mindlin told Reuters that Pampa was making a bet based on hopes Vaca Muerta's potential could finally be unlocked.

"We are importing our own (fracture set) to avoid any setbacks to our growth and investment," he said.