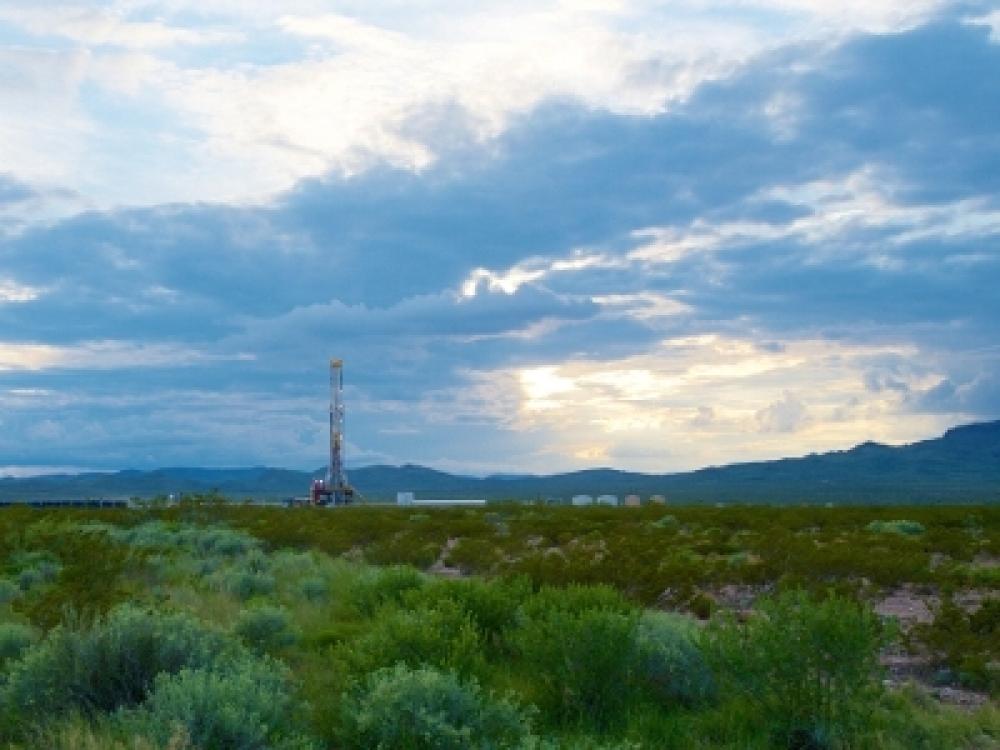 More than two years of extensive geologic and geophysical work has paid off for Apache Corp. (NYSE: APA) as the company confirmed Sept. 7 the discovery of a significant new resource play known as the Alpine High.

Shares of the company’s stock jumped 8% upon news of the discovery.

Apache said it has identified between 2,000 and more than 3,000 future drilling locations in the Barnett and Woodford formations alone. Hydrocarbons in place on the acreage position include 75 trillion cubic feet (Tcf) of rich gas and 3 billion barrels (Bbbl) of oil, according to the company.

Apache also reported significant oil potential in the shallower Pennsylvanian, Bone Spring and Wolfcamp formations. Alpine High has 4,000 to 5,000 ft of stacked pay in up to five distinct formations including the Bone Spring, Wolfcamp, Pennsylvanian, Barnett and Woodford.

"We are incredibly excited about the Alpine High play and its large inventory of repeatable, high-value drilling opportunities,” John J. Christmann IV, Apache's CEO and president, said in a statement.

“We have thousands of low-risk locations in the Woodford and Barnett formations alone, and we are looking forward to further delineating what we believe will be a significant number of oil-prone locations in the Pennsylvanian, Wolfcamp and Bone Springs.”

In an interview with the Wall Street Journal, Christmann described the play as a “giant onion that is going to take us years to unveil and peel back.”

Apache began exploring what has become Alpine High in 2014 when it began acquiring mineral rights. It kept its quest for more land in the play, which had been dismissed by some in the industry, somewhat under wraps and built a position that is now more than 300,000 acres.

The area is high on potential, according to Apache. Initial estimates for the Woodford and Barnett zones indicate a pretax net present value range of $4 million to $20 million per well at benchmark oil and natural gas prices of $50/bbl and $3 per Tcf.

Apache has drilled 19 wells in the play, with nine currently producing in limited quantities due to infrastructure constraints. This includes six wells in the Woodford, one well in the Barnett and one well each in the shallower Wolfcamp and Bone Spring oil formations.

Apache chose to further its exploration of the region rather than join the chorus of companies seeking to build their portfolios through acquisitions.

"While other companies have focused on acquisitions during the downturn, we took a contrarian approach and focused on organic growth opportunities,” Christmann said. “These efforts have resulted in the identification of an immense resource that we believe will deliver significant value for our shareholders for many years."

He added that the discovery serves as a “significant addition to our already deep and highly economic Permian Basin position.”

The new PSC will consolidate the majority of the concessions operated by APA’s subsidiaries operating in Egypt (Apache) into a single new concession.