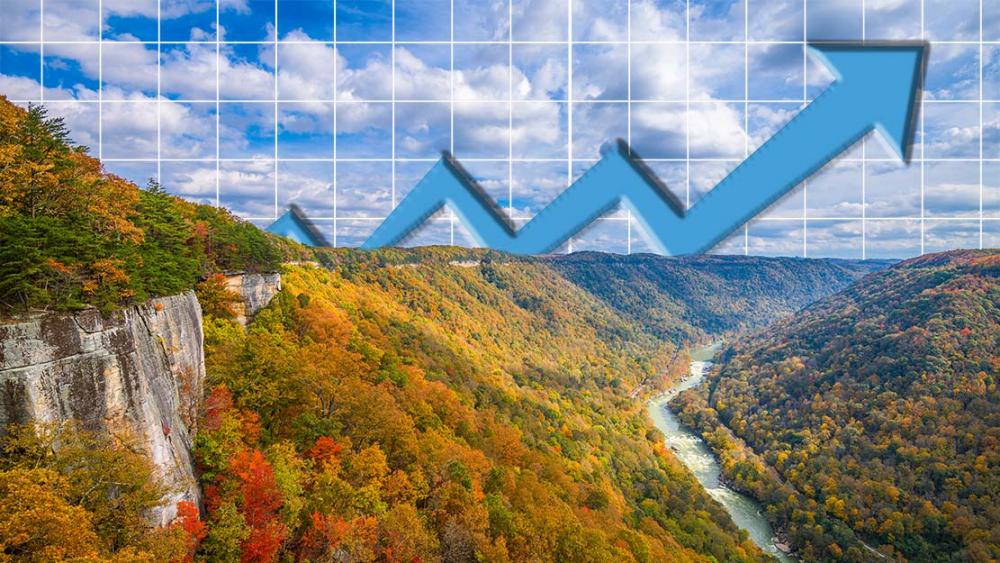 PITTSBURGH—Appalachia is producing record levels of natural gas and producers should be able to maintain or grow that output without the significant investment in wells required in past years, Rystad Energy analysts said during Hart Energy’s recent DUG East/Marcellus-Utica Midstream conference.

Analysts also said they expect total U.S. gas production to return to pre-COVID levels in 2022. The recent plunge in the Henry Hub price of natural gas from well over $5/MMBtu to below $4 can be attributed to milder weather and a winter forecast for warmer-than-usual temperatures for most of the country, according to the National Oceanic and Atmospheric Administration. Whether it’s a sunny day or a snowstorm tomorrow won’t alter the Rystad forecast, though.

“We see around $3-$4 all the way through 2030, which would be kind of the sweet spot in terms of economic feasibility at the asset level,” said Emily McClain, a senior analyst covering the North American gas market for Rystad. “But it also helps to ensure that the U.S. will remain a key contributor and really take on a primary role in the energy supplies in the long run.”

That’s because the energy transition toward electrification and lower emissions position gas to supplant coal in the power generation fuel mix. In particular, Australia relies on coal for 45% of its electricity generation, while coal makes up 55% of Asia’s power generation mix. That creates an opportunity for natural gas, McClain said, and not just domestically produced gas in those regions but imports from North America.

In the U.S., use of natural gas in power generation will increase to remove coal from the picture by 2040. Rystad’s analysis has gas peaking in the U.S. power generation mix during the 2030s but continuing to play a critical role by 2050 because projected output from wind and solar will be insufficient to meet domestic electricity demand.

The energy struggles of 2021 have been a harsh reminder of how critical gas is in the energy system, McClain said.

“Depending on the timing of the energy transition and the speed at which this occurs, we could potentially see more energy crises like this,” she said. “Europe is a great example of a region that has significant renewable resources in their energy mix. But when push comes to shove, and we come into a situation like this year, you see that crumble.”

Rystad sees regions like Europe and Asia needing higher levels of LNG to meet power demand and keep to greenhouse gas emissions targets. Russia and the U.S. producers will compete intensely in those markets, but the U.S. maintains an advantage in supply and Russia will experience a steeper decline curve from the mid-2030s to 2050.

Global LNG demand will likely peak at about 718 metric tonnes per year in the early 2040s, McClain said. At the moment, the LNG market is relatively tight as the U.S. awaits completion of export terminals. It’s possible for supply to reach 700 metric tonnes by 2040, but that requires LNG export terminal projects to move forward in a timely fashion, she said.

In terms of production growth, there’s Goodrich Petroleum Corp. and everybody else. The Houston-based producer that recently agreed to a merger with an affiliate of Paloma Resources LLC, issued guidance for a 44% hike in gas production in fourth-quarter 2021 vs. the same time period in 2020.

“Obviously, there’s nobody in Appalachia with that same sort of 44% in percentage terms growth as Goodrich has,” said Matthew Bernstein, an upstream analyst at Rystad. “They’re still running a very aggressive program … but you still see some pretty strong numbers from some of the Appalachian producers and some of the diversified producers,” he said, citing Comstock Resources Inc. (19%), Chesapeake Energy Corp. (11%), CNX Resources Corp. (10%) and Southwestern Energy (2%).

Appalachian producers enjoyed a faster seasonal acceleration in the third quarter, which buoyed plans for the fourth quarter. Bernstein pointed to record capital efficiencies, resulting in more gas produced despite the smaller number of wells in production, quarter after quarter.

“So, the question now becomes whether these type curves are sustainable and whether we can continue to see this productivity and still be able to grow, or at least maintain gas output without having to invest in the same amount of wells per quarter of a few years ago,” Bernstein said. “And our answer to that is a pretty solid yes.”

Well productivity gains have remained at a fairly stable level, he said, but not just because the operators are drilling better acreage. Output from Tier 1 and Tier 2 locations in 2016-2017 was lower. “That leads us to believe that this learning curve continues to be extremely steep and that the operators are really realizing these capital efficiency gains,” Bernstein said.

That is not to dismiss the takeaway and regulatory constraints of the Northeast region. But even if those hurdles keep Appalachia from growing at the same rate as the Permian or Haynesville, that doesn’t diminish the stature of the Marcellus and Utica.

“We still see Appalachia retaining its status as the top producer at a very commercially competitive pace,” Bernstein said. “As long as there is commercial inventory, we’ll have to drill.”

German Industry to Pay 40% More for Energy Than Pre-crisis

2022-11-15 - “The approaching EU embargoes on Russian crude and oil product imports and a ban on maritime services will add further pressure on global oil balances, and, in particular, on already exceptionally tight diesel markets,” the IEA said.