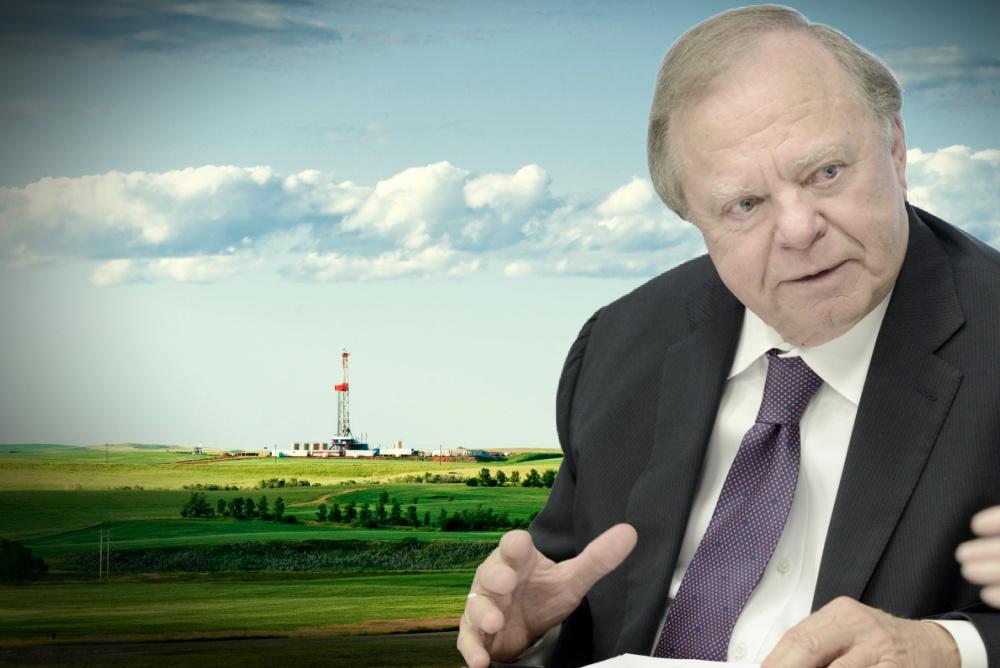 The prevailing reaction to Harold Hamm’s $4.4 billion offer to take Continental Resources Inc. private due to a lack of love by the market was, in essence, “he has a point.”

On June 14, the Oklahoma billionaire and his family presented its offer to the company’s board, partly out of frustration that they (and other independent E&Ps) remain far undervalued by the market in light of high commodity prices and financial strength.

Beyond that consensus, analysts raised multiple scenarios over what’s likely to happen next.

For one thing, Hamm’s offer is a non-binding proposal that will be considered by a special board committee. Some analysts seemingly made Hamm’s point for him by noting that the family’s proposed $70 per share offer wasn’t a high enough value, despite it being a 9% premium over Continental's closing price on June 13.

Others speculated Hamm’s offer could lead to a bidding war over the company’s outstanding shares, albeit for a minority stake in the company. Or that Hamm’s real motives were to escape from the “leash” of ESG requirements.

Hamm’s rationale for the move is that the market is now more of a hindrance than a help to his company and its ambitions to continue to explore, according to an email he sent employees on June 14.

“We have consistently said that as long as we were appreciated in the market, we would remain a public company, but if our opportunities were limited by being public, we should look at alternatives,” Hamm wrote. “We have determined that the opportunity today is with private companies who have the freedom to operate and aren’t limited by public markets, similar to the way that we operated approximately 15 years ago, prior to becoming a public entity.”

The Financial Times said Hamm’s motives were also rooted in his disdain for Wall Street’s ESG movement, pointing to an interview last year in which he said: “a climate change ‘religion’ had gripped investors and companies such as European supermajor BP were about to ‘cut their [own] throat’ by winding down oil operations under pressure to decarbonize.”

Nevertheless, the company has a 25% equity stake in Summit Carbon Solutions, the world’s largest CCS project and earlier this year made a two-year, $250 million commitment.

And Hamm remains passionate about oil and gas remains exploration, as its recent expansions have demonstrated.

While other upstream operators have largely taken to strategic, scale-building M&A, Continental has started venturing into new plays, including the Permian and Powder River Basin, with nearly $4 billion in acquisitions since 2021. 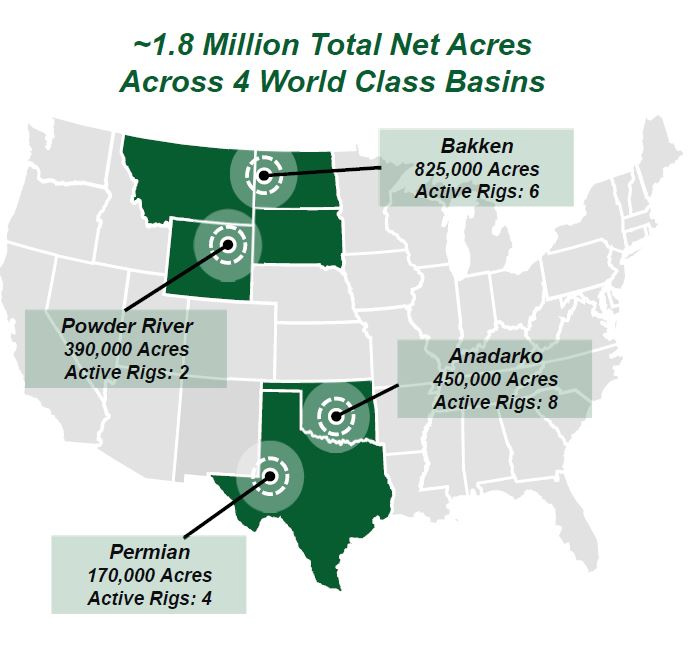 In his letter, Hamm noted that as a private company, Continental would “maintain our competitive edge and … be even more nimble in our efforts to create value through the drill bit.”

Still, no one likely saw Continental’s next deal might be to effectively buy itself.

Continental is also positioned differently in its ability to go private because the ownership of the company is largely vested with Hamm and his family.

Since its IPO in 2007, Hamm and his family have owned more than 70% of Continental stock. During recent downturns and more recently through share buybacks, the family now controls over 83% of shares, said David Deckelbaum, an analyst at Cowen.

“The company has always been closely held and consummating a full take-private has been mentioned previously as a viable alternative and is not fully surprising,” Deckelbaum said. “Additionally, CLR is uniquely diversified between the Bakken, emerging Powder River Basin and most recently, the Permian via acquisition. The prevailing FCF (free cash flow) yield of 25% at strip is certainly on the higher end of many public names but does illustrate both a compelling FCF opportunity for private holders and perhaps not a fully appreciated valuation.”

Mark A. Lear, an analyst at Pipe Sandler, said the $70 per share offer could put a “solid floor under the stock,” though its price target for Continental remained at $76 per share.

“We agree with Mr. Hamm’s contention that the equity markets are under-appreciating the duration of the current price cycle, and as a result, the FCF potential from the industry, but don’t believe Mr. Hamm’s proposal sufficiently rewards CLR’s minority shareholders,” Lear wrote in a June 14 report.

“We have no questions of Mr. Hamm’s intentions, [but] we do think CLR minority shareholders are likely to demand higher compensation for their shares in the current environment where short-cycle supply is constrained from responding to price signals,” he said.

Nitin Kumar, senior equity analyst at Wells Fargo, said he sees the move as a way for Hamm to pursue a differentiated strategy in U.S. shale without being beholden to public equity markets.

Kumar noted there was some early speculation from investors that a potential rival bid for the shares or even the entire company may emerge.

“We believe investors expect that the special committee of independent CLR Board members will find a competing (and potentially higher) bid for the ~17% shares or even the entire company,” he said. “Although a strategic review could help find further shareholder value, we also see such an outcome as unlikely. The Hamm family’s letter states that they are ‘not interested in selling any’ of their current CLR stock, or in ‘pursuing other strategic alternatives involving’ CLR.”

Any potential bidder for the remaining shares would have to settle for being a “junior partner” to the family, Kumar said.

Likewise, a corporate merger would likely be dilutive to the family's control over the company “and would have to come with material synergies [and a premium valuation] in our opinion.”

“We also note that although the proposed buy-out would not require shareholder approval, any alternative deal would likely need the approval of this block of owners,” he said. “Meanwhile, the proposal is non-binding. If no deal is consummated, there could be further downward pressure on CLR shares.”

“We expect to see continued momentum around asset-level deals or equity ownership transactions,” the firm said. “In the past week, we have seen Devon announce a proposed transaction to acquire a bolt-on asset in the Bakken, Cenovus looking to optimize its Canada position by proposing to acquire BP’s stake in the Sunrise oils sands project, and now Continental potentially, if approved, being taken private by the Hamm Family. We will look for more details as for what this proposed transaction can mean for our Bakken, Permian, PRB and Midcon production profile, but given constraints on the oil services side, we do not see any material near-term impacts on US volumes.”

But Hamm referenced M&A as yet another signal that the market doesn’t recognize the value of independent producers.

“In 2017, just five years ago, there were nearly 50 public E&P companies. Today, that number has dwindled to almost half, due to mergers, companies going out of business, or companies going private,” Hamm wrote to employees. “This diminishing number of public entities is illustrative of a lack of support from the public market, and we believe there is a resulting underappreciation of Continental.” 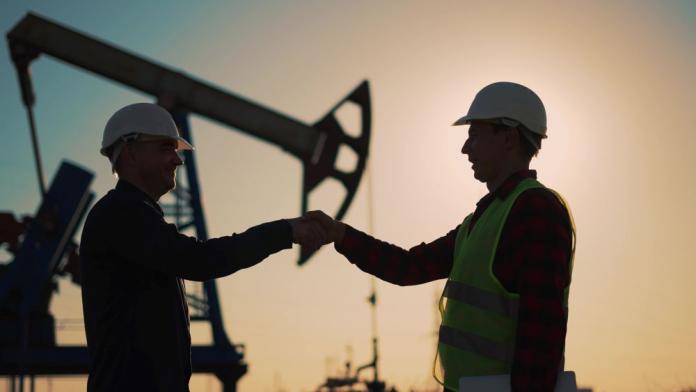