Drilling engineers are seeking repeatability and greater operational efficiencies. But geology and narrow pressure windows, among other factors, get in the way of that in many cases.

For operators in the oil industry now is the time to develop a competitive advantage. WDP is a key to that competitive edge. It opens doors, expands possibilities and creates opportunities for greater efficiency and reduced nonproductive time across a wide range of operations.

Multifunctional tool
Operators that are using the technology today see WDP as a multifunctional tool. It cannot only be used as a single string to perform the normal functions of drilling and completing a well but also provides the ability to transmit data through the drillstring at very high speeds—57,000 bits per second (bps)—between downhole tools and the surface.

Drilling repeatability comes more readily with solid data with which to make operational, strategic and tactical alterations while drilling. Improving the timeliness of the availability of data to make those decisions is paramount to making sound engineering decisions while drilling.

The ability to transmit data from downhole at a rate of 57,600 bps to the surface radically changes the way the industry drills by taking a data-driven approach to drilling optimization.

The basis for this technology is conventional double-shouldered drillpipe with inductive coils placed in the secondary shoulders of the box and pin (Figure 1), which are connected via armored coaxial cable that is embedded in the tool joint. It is this inductive coil that allows data transmission to pass from one joint of WDP to the next. 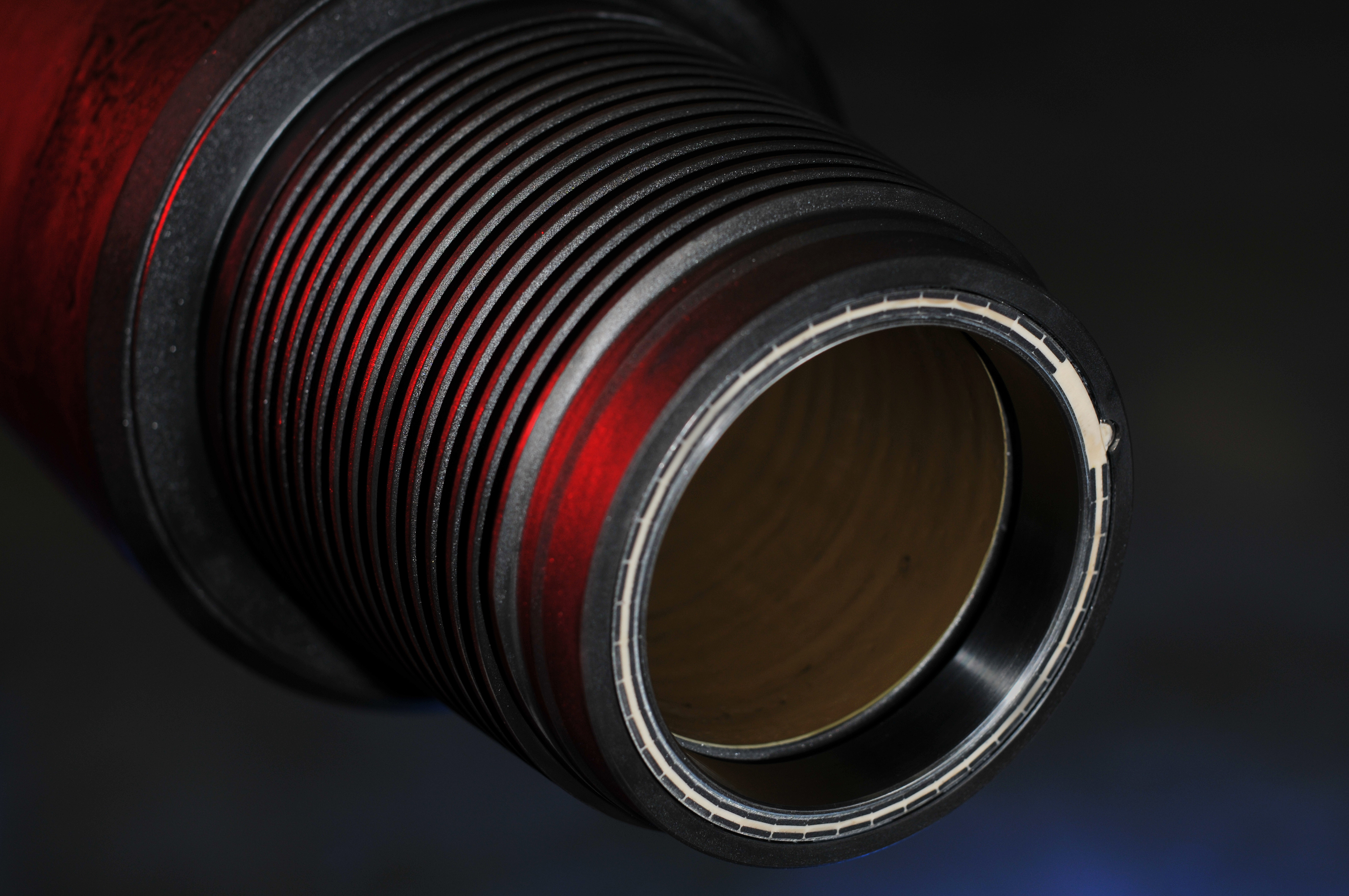 WDP is used just like conventional drillpipe. Here are some questions that often are asked along with responses to those questions:
• Do wires have to be lined up during makeup? No, that is the purpose of the inductive coil. It is called the IntelliCoil, and it is made up like normal drillpipe.
• Does WDP require special doping methods? No, operators can use the same doping methods that have always been used.
• Can cementing be done through WDP? Yes, operations such as cementing and dropping balls, pills and darts can be done just like normal drillpipe.

High-speed communications
WDP has been used and continues to be used by operators around the world to drill wells faster and drive down well construction costs. This is achieved first by high-speed communication with MWD/LWD tools and rotary steerable systems, basically eliminating the time it takes to communicate with these tools. It’s about transmitting the same data using conventional telemetry methods, simply faster. The instantaneous telemetry with WDP significantly reduces survey, downlinking and slide times, shaving off minutes for each of these activities and eliminating up to one to two days of “invisible lost time” per well in most cases. 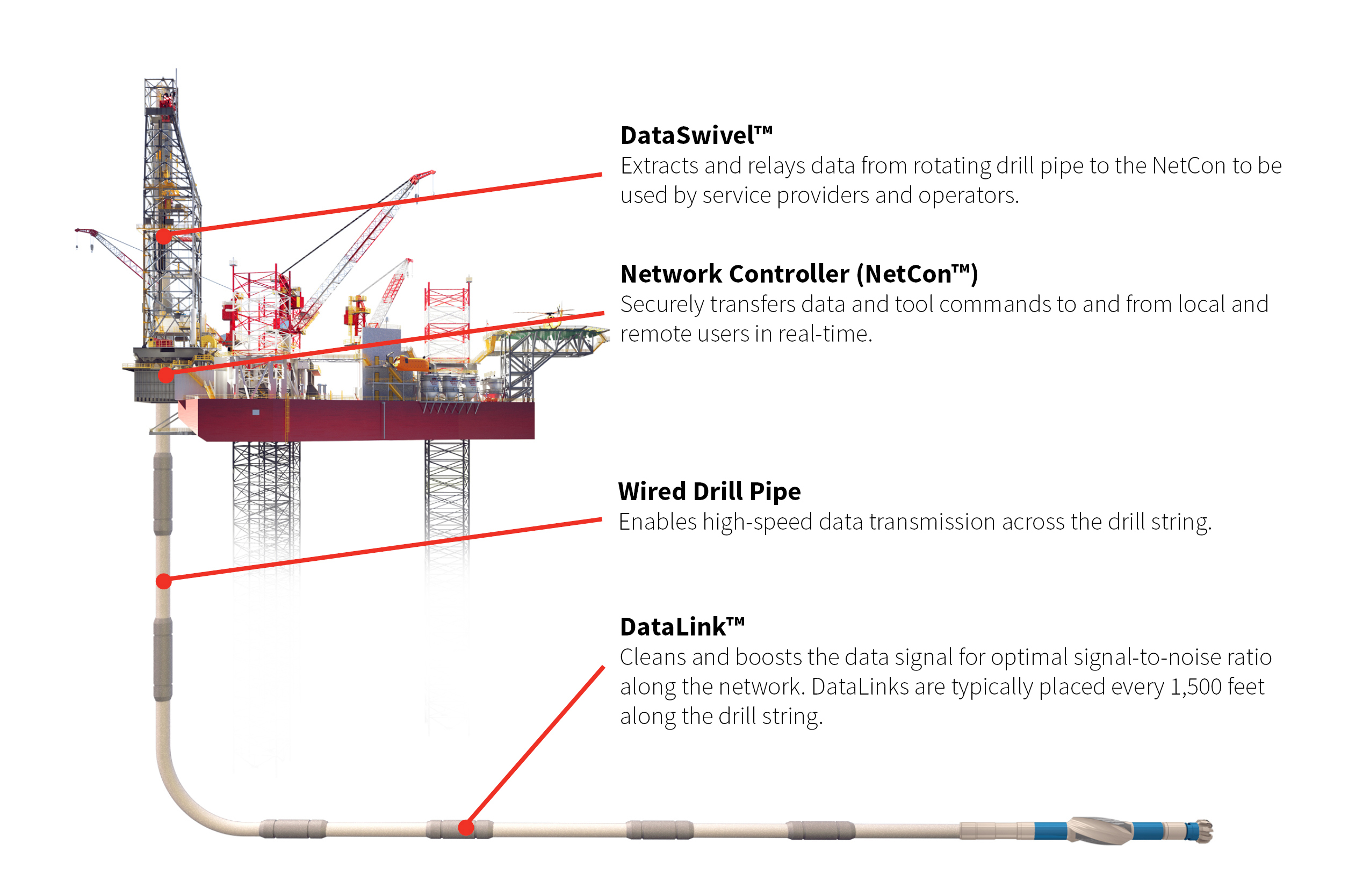 Several changes were made to the IntelliServ2 Network to improve reliability and performance:
• The Network Controller (NetCon) was condensed into a smaller stainless steel case. The entire software interface was rewritten with simplicity of use as a primary directive, using a simple top-down semaphore approach with an easy-to-use touchscreen;
• Enhanced DataCable now encapsulated in Inconel armoring material provides increased resistance to corrosion and damage;
• The DataLink was completely redesigned, increasing network performance and reliability; and
• The inductive coil was improved by embedding it in a more durable material and recessing it slightly on the pin end, which affords the coil some natural protection. The coils field also was made replaceable and reusable, reducing overall maintenance
costs by 80%.

The operator drilled 13 of 16 wells in the top quartile for the area on a rig that had not drilled a top quartile well in three years. The client saw a 25% average reduction in total drilling time on wells with automation services, with a 31% reduction for the vertical sections. Mileage might vary, but this is typical.

Something else that was learned is that a real-time view sheds light on downhole events, which in turn changes human behavior and the ensuing dialog. The use of drillcollars in conjunction with SoftSpeed and real-time data provided by WDP reduces stick/slip in the vertical. TrueDrill shows potential to improve ROP by using downhole weight on bit as set point and rpm outside normal limits to produce a stable environment.

The performance, reliability, system stability and reduced drilling times are typical, although there have been even higher performance in some instances using IntelliServ2 WDP. 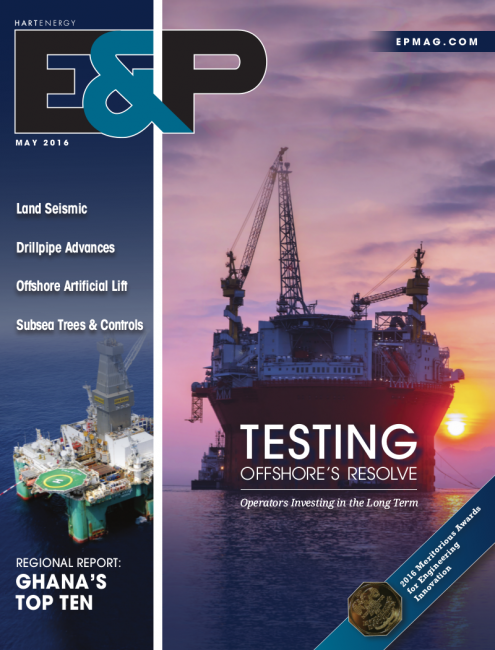