Reclosable CT frac sleeves save 24 hours of rig time
An operator in West Texas using third-party frac sleeves to isolate and hydraulically fracture multiple stages in a single continuous operation was dissatisfied with the operating efficiency. According to a press release, Schlumberger was called in and deployed 37 reclosable CT frac sleeves with 1,481 m (4,860 ft) of casing in the lateral in 5 hours. All the frac stages were completed in 55 hours; the average time between opening one sleeve and the next was 16.4 minutes (excluding fracturing time). Use of Schlumberger’s frac sleeves saved 24 hours of operating time—a 30% reduction—compared with the third-party provider. The operator was able to stay on budget and on schedule and chose Schlumberger frac sleeves for all completions planned in this field for the subsequent year. The sleeves also provide flexibility for rigless zonal shutoff later in the life of the well. slb.com

Well intervention for downhole data acquisition
Well-SENSE’s FiberLine Intervention (FLI) system uses distributed fiber-optic sensing to deliver high-quality well data. The compact design can deliver data significantly faster and at around a tenth of the cost of conventional methods, according to a press release. The system places bare fiber-optic line along the length of the well using a weighted probe deployed from a launcher on the surface. The fiber acts as a distributed sensing device, monitoring temperature and acoustic changes along the length of the well. The company’s new Active-FLI package has additional single-point electronic and optical sensors at the end of the probe, which means it can capture more data as it descends downhole, increasing production logging and flow measurement capabilities. According to the company, the system is currently the only technology of its kind on the market to combine both single point and distributed sensing and aims to provide a detailed image of the well throughout its life cycle. Costs are dramatically reduced compared to traditional intervention methods as the portable plug-and-play equipment is compact and lightweight with minimal footprint and manpower required, meaning projects can be completed rapidly with much less production downtime. The probe and fiber-optic line are designed to dissolve in the well, so no time nor expense is incurred for retrieval. The tool is most commonly used for completion, production and integrity applications, including cement assurance, gas-lift optimization, flow monitoring and leak detection. well-sense.co.uk

Offshore temporary water treatment solution
Water To Sea (WTS) has released its offshore system for the temporary treatment of flowback fluids, off-spec produced water and slop water for compliant overboard discharge, reuse or reinjection. The treatment technology is designed to surpass performance of traditional electrocoagulation and filtration media treatment alternatives, a press release stated. The heart of the WTS system is its Thincell technology, an electrochemical process inducing multitreatment reactions—electrolytic oxidation, emulsion destabilization, coagulation, flocculation and flotation—all in a single, pressurized chamber. Combined with other WTS processes and modular components, the compact system continuously treats up to 12,000 bbl/d of produced water for environmentally compliant discharge, reuse or reinjection. watertosea.com

Wellhead manager optimizes oil and gas operations worldwide
Remote workers can collaborate using mobile devices with ABB’s versatile new cloud-based visualization system, ABB Ability wellhead manager, which supports smarter teamwork, enhanced efficiencies and lower costs for oil and gas operators of all sizes, according to a company press release. The new system, based on SCADA, allows both large operators and small startups to gather information about their onshore upstream asset. ABB Ability wellhead manager is cloud-based so that operators can gain insights about their production assets anywhere in the world. Remote workers can connect in real time, supporting enhanced teamwork and productivity for optimal results. By providing immediate access to data, alarms and callout notifications, the technology also reduces downtime and risk. In this way, operators can proactively prevent issues, predict productivity and scale up or down as necessary. The system also supports better decision-making, with field production data digitally gathered and visualized using a progressive web application. It includes clear dashboards, insights and analytics. ABB Ability wellhead manager is a subscription service, so operators only pay for the service that they use, without having to make use of capital to purchase. abb.com

Corrosion solution for pipe end protection
Sometimes pipe ends are capped to protect against physical damage and intrusion of foreign objects during storage and shipping. Cortec’s CorroLogic CorrPlug brings pipe caps to the next level by  incorporating VpCI corrosion protection technology directly into the plastic cover, according to a company product announcement. CorroLogic CorrPlug pipe caps are heavy wall black polyethylene pipe caps containing vapor phase corrosion inhibitors. The pipe caps protect pipe threads, pipe ends and other tubular objects from corrosion, mechanical damage and contamination during transit, handling and storage. The caps are specially designed for easy installation and removal and offer protection all the way to the last pipe thread. This helps eliminate extra labor on pipe ends that might otherwise need to be cleaned off before being joined together. During humidity testing, pipe threads capped with CorroLogic CorrPlug pipe caps showed a significant advantage in corrosion protection compared to pipes capped with regular plastic containing no corrosion inhibitors. cortecvci.com

Enter your company's technology in E&P’s Meritorious Awards for Engineering Innovation (MEAs). Entry is free! You can find more information at hartenergy.com.mea. 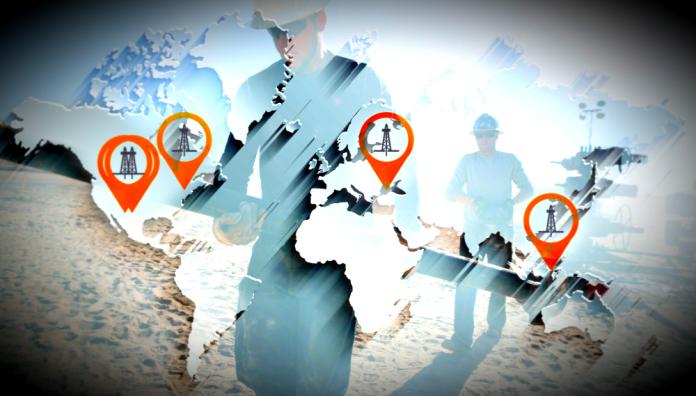