The offshore energy community continues to respond to environmental stewardship needs at all levels—regional, national, and global—with Aramco extending its support and experience in marine environmental protection to U.S. and Caribbean waters.

A series of community-based grants to improve the health and resilience of coral reefs in Florida, Hawaii, Guam, American Samoa and the Caribbean have been awarded by the National Fish and Wildlife Foundation (NFWF) and the National Oceanic Atmospheric Administration's Coral Reef Conservation Fund, with Aramco joining as one of the fund’s newest partners.

Iconic coral reefs clustered along the Florida coast are among those receiving grants, and those grants support the largest single coral reef restoration effort ever attempted in U.S. waters.

Aramco’s operations in Saudi Arabia, both onshore and offshore, prioritize the importance of ecological habitats with wildlife sanctuaries, mangrove trees and other native species coexisting alongside operating areas. Coral reefs and marine life flourish in Manifa Bay where innovative engineering was considered at the onset to maintain the delicate ecosystem of the bay.

Aramco has deployed thousands of artificial reefs throughout the Arabian Gulf and the Southern Red Sea. The company has partnered with organizations such as the King Abdullah University of Science and Technology (KAUST) on research to develop solutions to better manage coral reefs through the Saudi Aramco-KAUST Marine Environmental Research Center.

The U.S. grants not only support coral reef restoration and preservation but will also generate ground-breaking science and innovative thinking around coral ecosystem health and resilience-based management.

Unlike restoring wetlands or forests, coral reef restoration is a relatively new science.

“Aramco is committed to biodiversity conservation efforts," said Nabeel I. AlAfaleg, Aramco Americas president and CEO. "We are pleased to support coral reef conservation projects in the U.S. and the valuable research that will be gained from them."

The $1.2 million in grants were awarded in December 2020, and they leveraged nearly $1.3 million in matching contributions to generate a total conservation impact of more than $2.5 million.

“We are excited to celebrate 20-plus years of dedication to coral reef conservation, and we welcome Aramco Americas as our newest partner in our ongoing efforts,” said Jeff Trandahl, NFWF executive director and CEO.  “Coral reefs are critically important habitats for thousands of marine species, and they also offer coastal communities protection against storms and provide many other social and economic benefits.”

Since 2000, the Coral Reef Conservation Fund has made more than 400 awards to coral conservation projects.

For more information, visit the NFWF website at nfwf.org and/or visit Aramco booth 1317 at OTC. 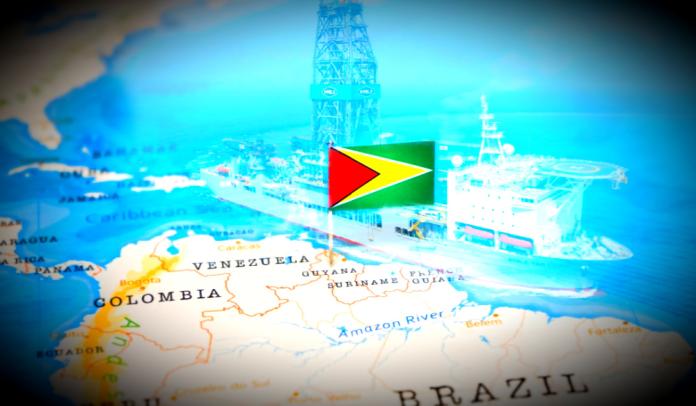 Exxon Mobil also announced the Liza Unity FPSO vessel to be utilized for the Liza Phase 2 development set sail from Singapore to Guyana in early September.

Startup of the first phase of the development comes less than five years after discovery.

The Stena Carron drillship is drilling the well, which is located 31 km (19 miles) east of the Pluma-1 discovery in the southeast Stabroek Block.