Robots are detecting methane leaks and corrosion problems during routine inspections, which decreases nonproductive time at facilities and frees up humans to do other work.

Using robots for inspection brings certain benefits, such as removing humans from hazardous and tedious work. Placing different sensors on the robots allows for the collection of large quantities of data that can then be processed to show problems. Repeated inspections allow for time-lapse understanding of the condition of a facility. 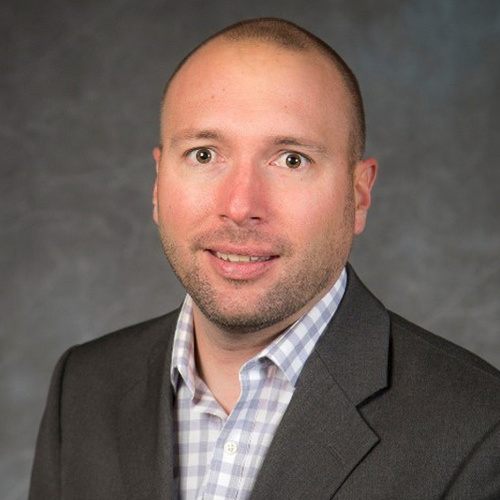 “[The robot] removes humans from the live environment on a routine basis, which is good for safety, and the ability for sensors to catch things before they become big problems.”—Nicholas Pierson, Wood

Using robots for inspections offers several benefits, including removing humans from potentially unsafe activities, taking over routine and tedious activities to allow humans to focus on more critical activities, and higher levels of accuracy with the inspections.

“Think about the ‘people hours’ that get burned [with staff] walking these big facilities and doing these routine inspections,” Nicholas Pierson, vice president of operations and maintenance for U.S. north and west regions for Wood, said. “Generally, a human shows up with a clipboard, they have a routine route they travel on a frequency from daily to quarterly around critical equipment and facilities. They use their senses to look, listen and smell to detect issues. Nine times out of 10, the person gets back, clears the route free of problems and goes about their day.”

But using an autonomous system with high-res thermal, visual and acoustic sensors gather far more data and are much more precise in locating a potential problem, Pierson added.

“The robot doesn’t get tired. The robot can be around live operating equipment. It removes humans from the live environment on a routine basis, which is good for safety, and the ability for sensors to catch things before they become big problems,” Pierson said.

Wood and Xplorobot robots autonomously navigate through live facilities, avoiding obstacles along their paths while capturing data to help detect visual, thermal, acoustic, vibration and gas anomalies that need to be addressed by technicians. (Source: Wood)

With all the benefits of replacing a human inspection by a robot, one of the first questions that comes up is, “Is this going to take away our jobs?” Xplorobot CTO Richard Clarke said. “This is not going to take away anybody’s job at this point. Really, we’re just going after the mundane tasks.”

And whereas a human walking by a piece of equipment that was slowly corroding won’t likely notice the deterioration due to day-in, day-out exposure to the equipment, a robot recording high-res data about that equipment will pick up the differences over time, Clarke said. 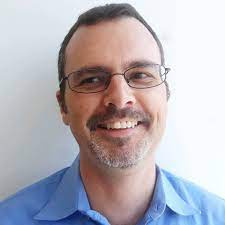 “[The use of inspection robots] is not going to take away anybody’s job at this point. Really, we’re just going after the mundane tasks.”—Richard Clarke, Xplorobot

“When there’s a lot of rust all over the site, people stop noticing,” Clarke said. “Robots won’t get bored, they will see it every day and compare it.”

Some robots like the EXRobotics or Taurob robots are ATEX rated, allowing them to go into places where explosive gas may be present. Spot is small and agile so is well-suited to tight spaces while wheeled robots like those from SMP and ClearPath have a broader range and can more easily serve large sites, he said.

“There are pros and cons to different types of robots,” Clarke said.

Pierson said he’s fielded questions about robot abilities to traverse snow, mud, stairs and other infrastructure. Rain can be a problem when collecting high-res data with certain sensors, such as lasers, he added, but robot runs can be scheduled when weather conditions are better.

Another question Pierson fields is what sensor packages a robot can carry.

“Robots are pretty big, but they vary in size. As long as the sensor isn’t too heavy, you can pretty much put anything on it,” Pierson said. “Most people are interested in leak detection and methane emissions.”

Xplorobot, a software company, sees the robots as “a vehicle for carrying the high-end sensors around,” Clarke said.

Xplorobot buys sensors from third parties and integrates them onto the robot. Xplorobot then takes the data, processes it and displays it in the virtual world. Wood has applied the software solution developed by Xplorobot in commercial settings, allowing both companies to test the viability of the technology in an industrial environment and determine use cases for operators.

“Everything is automated, the data acquisition, the processing, then engineering gets the model update. It’s on the computer and an app on the phone or tablet,” Clarke said.

The 3D model of the site is generated using photogrammetry from visual images, sometimes combined with Lidar data and visualized with the Unreal rendering engine. Users navigate the model using an XBox controller, Clarke said.

Time-lapse comparisons make it possible to highlight differences between two inspections, such as a few drops of oil visible on one inspection and a small puddle on subsequent run, Clarke said.

When the software detects an anomaly, Pierson said, it’s flagged and a human assesses the issue.

“The first responder to the anomaly” determines if “it’s a problem and it goes on the repair list, or if it’s not a problem,” Pierson said.

The robotic inspections “have a direct impact if it’s implemented in the right way,” Pierson said.

“They have a positive impact on efficiency and lowering operating costs, which generally translates to more run-time percentages at these facilities.”

Spot on the job

Primarily the Xplorobot/Wood inspection system has been deployed onshore in gas plants, processing plants and a few drill sites.

Last year, a white-wheeled robot was piloted for six months in Wyoming at an activated carbon processing plant.

“It was a good test of the robot’s capabilities. There were some areas where it was narrow and the robot had to make tight turns and navigate. And there were GPS-denied areas,” prompting it to use a secondary navigation method that relied on seeing images and markers around the robot to understand where it is and navigate, Clarke said. “It was a very busy site, there was a lot going on. There were plenty of times where it had to avoid obstacles.”

In fact, some of the engineers on site tested the robot by deliberately making obstacle courses for it.

“Out of curiosity, one guy jumped in front of it,” Clarke said. “It did stop, about an inch from him. After two to three weeks of the operators adding things [to the path], testing the robot, I think they got bored with it. It became part of the routine and they just ignored it.”

Clarke said that in the six months it was there, there were no safety issues, and it was monitored entirely remotely.

Xplorobot and Wood have a project underway with the Newfoundland government. So far, the companies have hired people and built a test center for robots in St. Johns.

“The goal is to go offshore around September,” Clarke said.