The deal, which was not unexpected, marks the second major acquisition by Santos in less than a year, following a sharp turnaround in its fortunes under Managing Director Kevin Gallagher and pushed its shares up 7% in early trade on Oct. 14.

"The acquisition of these assets fully aligns with Santos' growth strategy to build on existing infrastructure positions while advancing our aim to be a leading regional LNG supplier," Gallagher said in a statement.

While quitting the Darwin LNG plant, which it opened in 2006, and gas fields off northern Australia, ConocoPhillips said it would hold on to its stake in Australia Pacific LNG, which it runs in the state of Queensland.

The move comes as the Bayu-Undan gas field that feeds Darwin LNG is set to run dry in 2022 and the project's owners near a decision on which field to develop next to keep the plant running.

"While we believe the Darwin LNG backfill project remains among the lower cost of supply options for new global LNG supply, this transaction allows us to allocate capital to other projects that we believe will generate the highest long-term value to ConocoPhillips," Chief Operating Officer Matt Fox said in a statement.

Santos has agreed to pay a further $75 million contingent on a final investment decision, expected by early 2020, on developing the Barossa asset to supply Darwin LNG. It plans to fund the whole acquisition out of cash and new debt.

The deal, set to close in the first quarter of 2020, is expected to boost Santos' earnings per share by 16% and increase its production by 25% in 2020, the company said.

In a move to better align ownership of Darwin LNG and the fields that feed it, Santos said it is looking to cut its stakes overall to about 40% to 50%, down from 68.4% stake in Darwin LNG and Bayu-Undan and 62.5% in Barossa following the acquisition.

It is already in talks with other Darwin LNG partners, which include Japan's Inpex Corp., Italy's Eni SpA, Japan's JERA and Tokyo Gas, to sell equity in Barossa and Darwin LNG.

It said its Barossa partner, SK E&S of South Korea, has signed a letter of intent to buy a 25% stake in Darwin LNG and Bayu-Undan.

At the same time, Santos said it is aiming to line up contracts for 60%-80% of LNG volumes for more than 10 years before taking a final investment decision on Barossa—the first time it has publicly spelled out a target for contracts.

"Discussions to date have demonstrated strong interest in Barossa LNG, given it is a brownfield upstream development allocated close to North Asian demand," Gallagher said.

Darwin LNG is one of several LNG projects around the world vying to line up buyers ahead of final investment decisions. 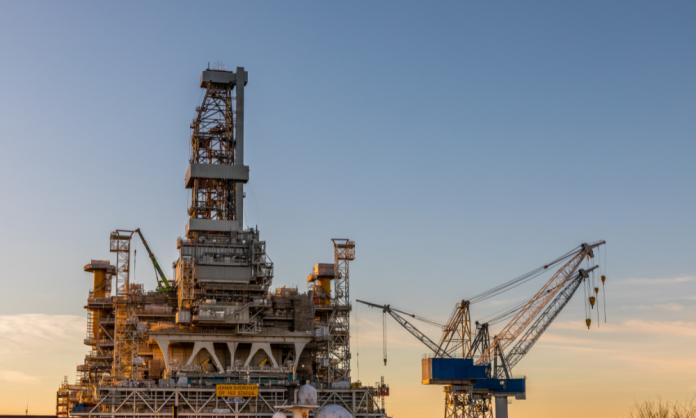