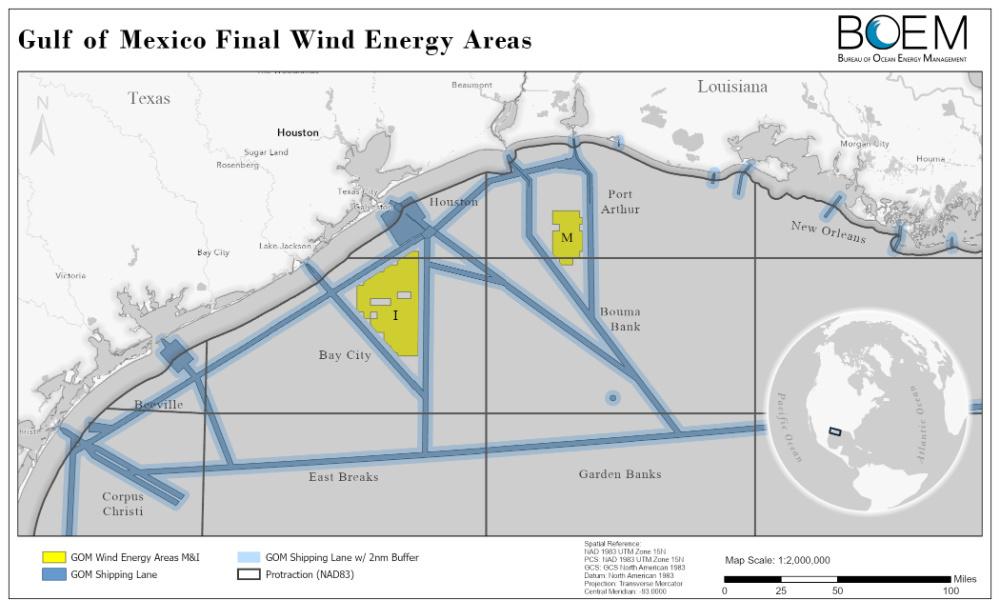 Each area is slightly smaller compared to draft WEAs presented in July due to concerns raised by the Department of Defense and the U.S. Coast Guard about shipping, marine navigation and military operations, BOEM said in a news release. Public feedback received during a 45-day comment period that ended Sept. 2 also helped shape the final WEAs.

“These two wind energy areas represent exciting progress toward having the first offshore wind lease sale in the Gulf of Mexico, where there is a mature industry base and the know-how to advance energy development in the OCS,” BOEM Director Amanda Lefton said in a news release. “The region can play a central role in our nation’s clean energy transition to support good paying jobs, fight climate change.”

BOEM said the next step in the process includes issuing a Proposed Sale Notice with a 60-day public comment period. That could happen later this year or early next year, it said.

The Biden administration aims to deploy 30 GW of offshore wind by 2030 and 15 GW of floating wind energy by 2035. So far, it has held 10 competitive lease sales and issued 27 active commercial wind leases in the Atlantic. The first offshore wind lease sale for the Pacific is set for Dec. 6, offering developers five lease areas that cover nearly 373,270 acres offshore central and northern California.