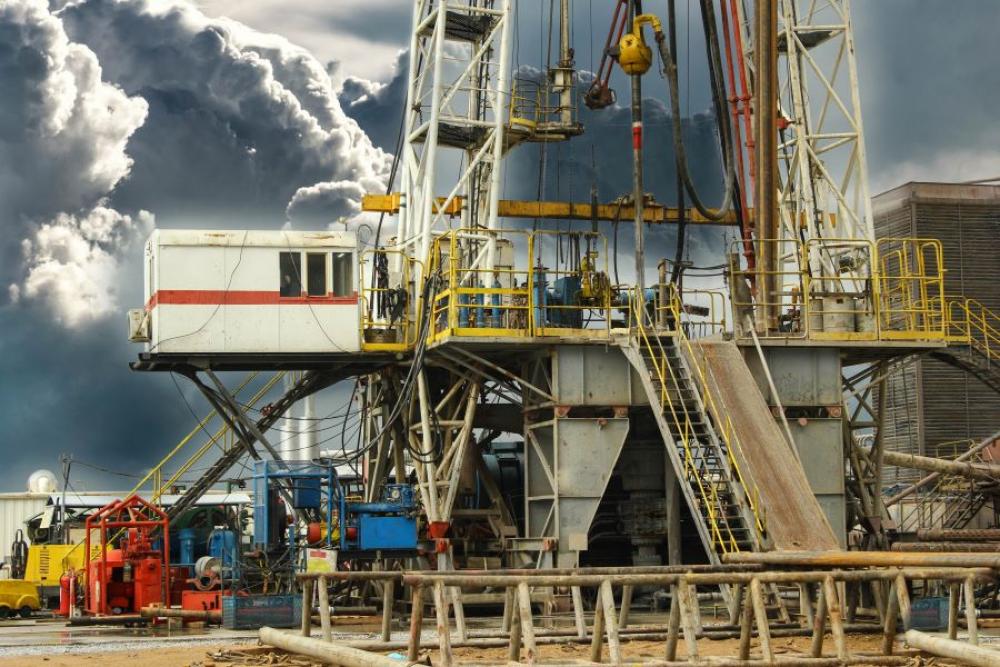 Quaise Energy Inc. is on a mission to unlock geothermal energy by vaporizing hard rock as it drills miles into the earth’s crust to tap into superhot thermal systems.

The Massachusetts-based MIT spinoff is developing millimeter wave drilling technology to harvest geothermal energy at scale. Using equipment developed for fusion research, the company aims to tap heat too hot for conventional drilling equipment with the help of companies such as driller Nabors Industries, which invested $12 million in Quaise last year.

The two are working to advance the technology toward its first field demonstration in the U.S.

“Nabors is helping us integrate our millimeter wave technologies within one of their existing rig architectures for the first prototype geothermal scale, millimeter wave drilling rig,” Matt Houde, the company’s co-founder and project manager, said on a recent webinar hosted by the Geological Survey of Northern Ireland. “This system is expected to come online in the next two years. In the meantime, we have a much smaller system that is truck mounted that is intended to perform the first field demonstrations within the next year.”

While focus is currently on proving out the technology in the lab, developers aim to drill its first superhot geothermal well by 2026 as it matures the drilling technology to deeper depths.

When it comes to drilling, going deeper usually means more time and money.

Once oil and gas drillers pass basement rock, anywhere from the surface to 5 km to 10 km underground, the rock is more crystalline, Houde explained.

“It’s quite hard and abrasive and it’s quite hot, of course. So, a mechanical drill bit begins to typically slow down as it enters these harder rock formations and cannot drill as fast as a softer sedimentary rock,” he said.

Time spent on tasks, such as replacing the drill bit or trying to solve issues with stuck pipe moving off center or lost circulation, also adds time and cost to drilling operations.

Gone are the days of drilling mud.

Instead, the gyrotron—a device that emits intense electromagnetic waves and is commonly used in nuclear fusion as a source of millimeter wavelength radiation—allows the driller to remove rock. The rock is heated with the gyrotron to around 3,000 C, either melting the rock through pressurization or vaporizing it, Houde said.

“Once that rock particulate condenses, we’re then able to convey the particulate up the borehole annulus with a circulating purge gas that is also injected down our waveguide or drillpipe, if you like to call it that,” he said. “That purge flow is high enough to actually circulate and lift these particles up because they are so fine—being produced from the vaporization process.”

While the hole is being drilled, rock is not only being vaporized, but also “melting an outer ring around this vaporized hole that actually stays behind,” creating a glass-lined borehole as the melted rock cools, Houde said.

He called the process as an underbalanced drilling approach, given drilling mud is replaced with a drilling gas. “This liner allows us to prevent any inflows of fluids from coming into the hole while also retaining a structurally competent borehole during the drilling process.”

The process operates independent of depth and lowers nonproductive time, he added.

Houde described operating at millimeter wave, which is a frequency between 30 and 300 gigahertz, as a “Goldilocks” region for drilling geothermal-sized boreholes.

This means that most of the microwave power gets to where it needs to go.

“Gyrotrons … also provide the power output that we require for drilling a full-sized geothermal borehole at rates of penetration that we want to be economic,” Houde said.

Geological risks still exist. These include hitting non-silicate rocks, overpressurized aquifers and even oil and gas.

“These are going to be technical risks we primarily encounter in the sedimentary overburden before we get down to the basement rock. So, we propose not to replace conventional drilling at what it does best and actually start at the surface with conventional rotary or drag-based mechanical drilling tools,” he said. “It’s only when we penetrate the basement and get to a depth where we see diminishing returns on that conventional drilling operation that we actually switch over to the millimeter wave drilling assembly and continue until our ultimate depth target.”

At first glance, the drilling system would resemble a conventional onshore drilling rig with millimeter wave technology components integrated into the rig’s architecture, he said.

Quaise’s projections show geothermal holes can be drilled at a rate of $1,000/m using the technology, House said, drilling 3.5 m per hour. It is projected to deliver wells at costs similar to, or a little more expensive than, today’s geothermal wells. The levelized cost of electricity could beat $40 per megawatt hour, he added.

“These deep superhot systems can be economically competitive with wind and solar resources today without even taking into account their advantages in terms of being a baseload resource that is always on and has a high capacity factor and the ability to fluctuate that power output depending on what the market requires,” Houde said.