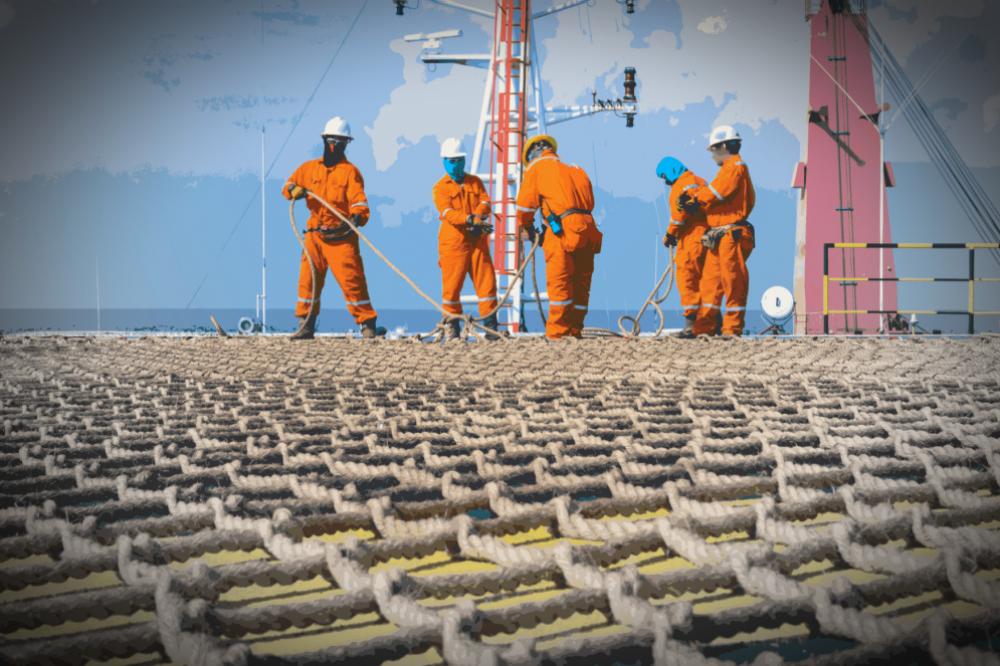 Noble Corp. said it expects to realize annual pre-tax cost synergies of at least $30 million from its combination with Pacific Drilling. (Source: Shutterstock.com)

In a joint release, the two providers of offshore drilling services said they had entered into a merger agreement for Noble Corp. to acquire Houston-based Pacific Drilling in an all-stock transaction that would give Pacific Drilling’s shareholders roughly 25% equity ownership of the pro-forma company.

The transaction is a step in the right direction for the deepwater rig industry, according to analysts with Tudor, Pickering, Holt & Co. (TPH) who expect more consolidation in the space.

“From a deal logic perspective, this transaction makes all the sense in the world to us as it not only brings together two companies (in an oversupplied industry) with high-quality assets (includes three tier one drillships at PACD),” the TPH analysts wrote in a March 26 research note, “but also will do so while maintaining a conservative pro-forma balance sheet (PACD acquired on debt-free basis) and will give NE some clear deepwater growth opportunities ahead given the lack of meaningful backlog at PACD but substantial deepwater contract coverage at NE.”

The substantial deepwater contract coverage mentioned by the TPH analysts is, in large part, a reference to Noble Corp.’s commercial enabling agreement with Exxon Mobil Corp. in Guyana.

“With a number of other offshore drillers set to soon emerge from bankruptcy, we suspect the offshore drilling M&A train is only just now getting started and would fully expect to see more consolidation activity in the months/years ahead,” the analysts added in the firm’s research note.

Through the acquisition of Pacific Drilling, Noble Corp. will reenter both the West African and Mexican regions while also strengthening its presence in the U.S. Gulf of Mexico, according to Noble’s president and CEO, Robert Eifler.

“The acquisition of Pacific Drilling will enhance our position in the ultradeepwater market through the addition of its technologically-advanced ultradeepwater drillships, which are highly complementary to Noble’s existing fleet,” Eifler said in a statement. “By bringing these modern drillships into the Noble fleet, we will be able to better serve the needs of our customers globally and to participate in a wider range of drillship tender activity.”

Pro forma for the acquisition, Noble will own and operate a high-specification fleet of 24 rigs, with 11 drillships, one semisubmersible and 12 jackups. The company will also have a pro forma backlog of approximately $1.7 billion, split across a diverse set of customers and regions of operation, the joint release said.

Additionally, Noble said it expects to realize annual pre-tax cost synergies of at least $30 million from the combination. The company also has plans to move “expeditiously” to dispose of the Pacific Bora and Pacific Mistral, which according to TPH analysts are idle, sixth-generation drillships without dual-activity capability.

“As the offshore drilling landscape evolves, we look forward to maintaining our leadership role as we continue to grow in concert with the needs of our customers,” Eifler added in his statement.

Following close of the transaction, Noble’s board of directors and executive management team are anticipated to remain the same. Noble will also continue to have its principal executive offices in the greater Houston are in Sugar Land, Texas.

In a statement commenting on the transaction, Pacific Drilling CEO Bernie Wolford said: “Bringing together the Pacific Drilling and Noble fleets creates a stronger and more stable combined company with the scale to provide solutions for our clients on a global basis.  This combination will advance the ongoing recovery in the industry and will allow Pacific Drilling equity holders to fully participate in that recovery. I would like to personally thank the entire Pacific Drilling team for their unwavering commitment to delivering safe, efficient and reliable services to our customers, and we look forward to working with Noble to successfully integrate the two companies.”

The transaction is subject to customary closing conditions and is expected to be completed in April.

The definitive merger agreement was unanimously approved by each company’s board of directors and by a majority of Pacific Drilling’s equity holders. No shareholder vote is required for Noble to close the transaction, according to the release.

Ducera Partners LLC and DNB Markets, a part of DNB Bank ASA, are financial advisers to Noble for the transaction, and Kirkland & Ellis LLP is acting as legal adviser.