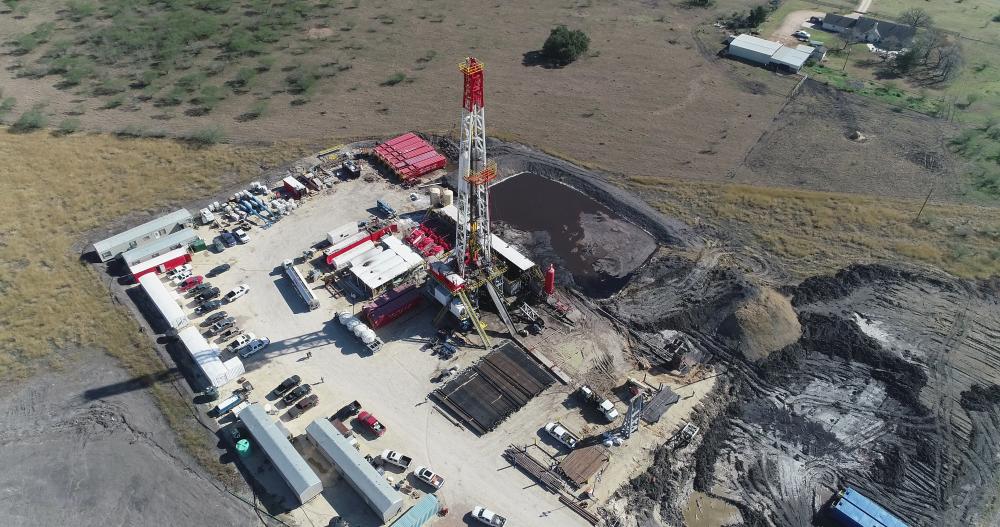 The rapid pace of technology development in the oil and gas industry ensures that all players in it are in constant pursuit of the next innovation that will deliver the next barrel and the next dollar safely and efficiently. For land drilling contractors, this chase is evident in the evolution of rig technologies.

Strong customer demand for the highest spec rigs continues to drive the upgrade cycle and a sustained shift away from legacy rigs, noted Anthony G. Petrello, CEO of Nabors Industries Ltd., in his third-quarter 2018 remarks at the end of October. At that time the company had 110 rigs working in the Lower 48, including 14 legacy AC rigs and two SCR rigs, and about 45 idle AC rigs that were viewed as potential candidates for an upgrade at the cost of up to $9 million each, he noted.

Helmerich and Payne (H&P) upgraded and converted 54 FlexRigs to super-spec during its fiscal year 2018, bringing the number of super-spec FlexRigs in its U.S. land fleet to 207, according to H&P CEO John Lindsay. The remark came during the company’s fourth-quarter 2018 review held in November. The company expects to “maintain an average or conversion cadence of 12 rigs per quarter for the next few quarters,” he said, adding that the company at that time had first and second fiscal year 2019 quarters fully committed, with the average length of term for these contracts being two years in duration.

The decision to upgrade for some drilling contractors can mean the difference between their company surviving market fluctuations or not.

“The larger drilling contractors have all upgraded their older equipment and then put them back out onto the market as higher spec rigs than what they were when they were stacked,” said Wayne Workman, rig services director for Henderson, a full-service rig and equipment dealer.

“For smaller drilling contractors that do not have the capital assets to do that, they have to find a way to compete. They need to innovate and grow their business without busting their budgets to survive.”

Energy Drilling Co. (EDC), with the help of Henderson, found that the answer to remaining competitive was through the upgrade of a legacy SCR rig that once drilled geothermal wells in California and now, post-upgrade, is drilling shale wells in Texas.

Based in Natchez, Miss., EDC was formed in 1979. It operates nine drilling rigs in the southern U.S. and specializes in drilling for independent operators doing turnkey, footage and daywork applications. In the company’s 40 years of operations, it has grown from trailer-mounted double rigs to include higher horsepower triple rigs.

“In the beginning, we had just a couple of the little rigs and did work mainly in Mississippi, South Louisiana and Alabama,” said Jody Helbling, general manager for EDC. “We were 90-100% turnkey in the early days.”

The company cut its teeth drilling shallow Wilcox Trend wells in Mississippi, moving on to drill gas wells in the Cotton Valley Trend in northern Louisiana. According to Helbling, EDC drilled 318 wells on turnkey for KCS Energy, an operator that would eventually become part of BHP Billiton through its merger with Petrohawk, as well as hundreds of other wells in northern Louisiana for other operators.

“At that time, we had six trailer-mounted doubles and three mechanical triples,” he said. “Then all of a sudden, the Haynesville came on and that left the Cotton Valley behind. The number of U.S. land wells being drilled went from, in that quick period, about 60% horizontal to about 80% horizontal. We [EDC] saw that the world was going horizontal and that we needed to start moving in that direction.”

In the years since, EDC has upgraded its fleet as needed in a cost-conscious manner. These upgrades included the conversion of its 1,200-hp Rig 14 from mechanical to SCR and the new construction of Rig 15, a 1,000-hp SCR walking rig.

In 2014, before the market downturn, the company had purchased the components to build in its yard its first 1,500-hp SCR rig with a walking system and 7,500- psi mud pumps.

“We didn’t put that rig together for about a year, and when the market began to pick back up, we assembled it,” Helbling said. “That is our Rig 11, and it went to work in October 2016. It drilled one well in South Louisiana before moving to Texas to drill wells for WildHorse Resources around the College Station area,” he said. “It was our introduction to the world of high-speed, horizontal, multiwell pad drilling operations, and Rig 11 is still working in the area today.”

In 2018 EDC decided it was time to add a second high-horsepower rig to its fleet.

“Our idea was to find another 1,500-hp rig,” Helbling said. “We couldn’t build a new $25 million AC rig, so we went looking for one that we could upgrade while staying under cash flow.”

EDC, having worked with Henderson previously on the sourcing and purchasing of rig equipment, contacted the supplier to locate, purchase and upgrade a suitable rig. The quest would take the companies to an abandoned weed-covered yard outside Sacramento, Calif., where a bank-owned rig had been sitting since being stacked in 2014.

“Due to its location in a drier climate, the rig and its equipment were in great shape,” Workman said. “Everything from the drawworks to the engines to the mud pumps all looked brand new. When I stepped into the SCR house, it felt like I was in a brand new one. We were expecting a nice rig but not one that was in such amazing condition.”

In May 2018, Henderson entered into a contract with EDC to purchase and refurbish the rig.

Extensive communication between the companies ensured that the rig would be ready for shale drilling upon completion.

“We had many meetings to discuss their goals for the rig,” Workman said. “We worked together to identify what the rig needed to be competitive in today’s market, and EDC listened to our suggestions on what improvements were needed to make it ready for future upgrades.”

With the arrival of the rig in Henderson’s yard in Houston in June last year, the transformation began.

“We started with an inventory of the rig, and from there, it became an exercise in determining what would be needed to be competitive. It was a team effort,” Workman said. “For example, we all agreed that a third mud pump was needed and that to compete in Texas, it would need to be a 7,500-psi pump.”

The decision was made to add a National Oilwell Varco TDS-11 top drive due to easy access to spare parts and experienced technicians, he added.

“The walking system, third mud pump and top drive were the main things right off the bat,” Workman said. “EDC mentioned they wanted three mud shakers as they felt it was something that gave them a competitive advantage, so it is set up that way. Also, the decision was made to go with PSL 3, 10M choke manifold after reviewing API [American Petroleum Institute] specs.”

In another example, the contractor asked that the design and placement of the rig equipment be identical to Rig 11. Workman, in looking at the design saw a way to potentially reduce the number of truckloads it would take to move the rig.

“I noticed that their trip tank, choke, mud gas separator, flowlines and more would take about five truckloads to move and knew that we could reduce that number,” he said. “I worked with our engineers on a couple of different designs and found a way to go from five loads down to three loads.”

EDC liked the design and gave the green light to make the changes that included the installation of the mud gas separator and choke on a long tank skid, according to Workman.

“It is a design similar to what one would see on a highspec rig. By reducing the number of loads, trucking costs are reduced, and that makes the operator happy. It’s easier and faster to rig up and rig down,” he said.

In October last year, Rig 16 moved out of the yard and began drilling wells on a contract basis for Ram Energy Resources in Fayette County, Texas. 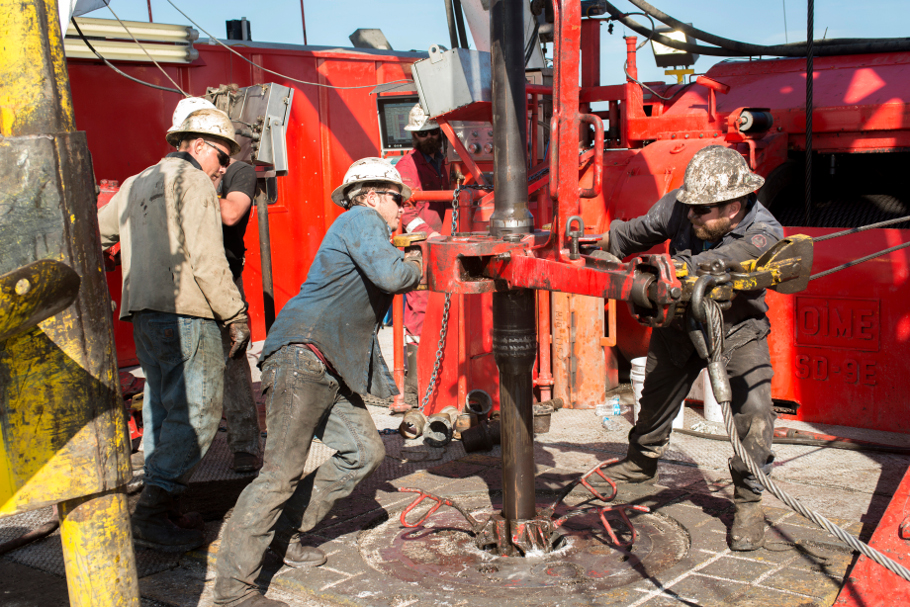 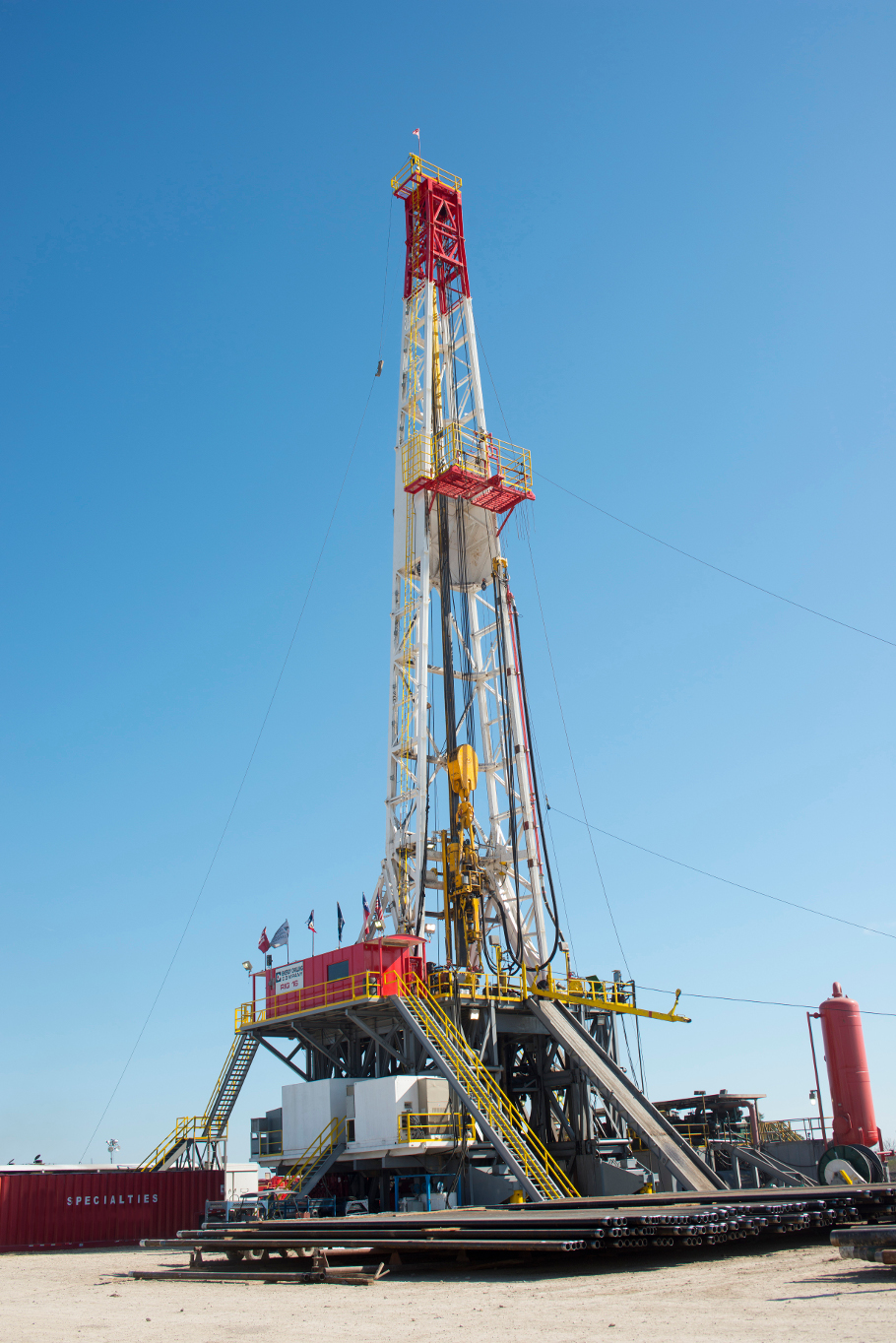 Rig 16 was recently refurbished by Henderson at its new service center and rig yard in Houston. (Photo by Robert Allred, courtesy of Henderson)

The step from Tier 2 to Tier 1 status for Rig 16 would be the installation of an AC drawworks. It is a step that by design will be easier to make in the future, according to Workman.

“We partnered with Hydraulic Systems Inc. in the development of the rig’s walking system,” he said. “In that process, we ensured that the hydraulic power unit was robust enough to not only support rig walking functions, but also to support switching to a drill mode to run the iron roughneck when it is installed at some future point. We have a spot, for example, on the MCC [motor control center] panel for the catwalk.”

By preparing for these future enhancements in the yard, there are cost and time savings, according to Workman.

“Also, while developing the walking system, we installed an AC cable management system,” he added. “We looked at the current SCR setup and worked with our vendors on the best way to prepare the rig for a future AC upgrade.

“Energy Drilling was very progressive in its thinking, in knowing that maybe its first AC rig isn’t a newbuild but is Rig 16,” he said. “They were willing to take the small step now in that direction to set themselves up for success in the future.” 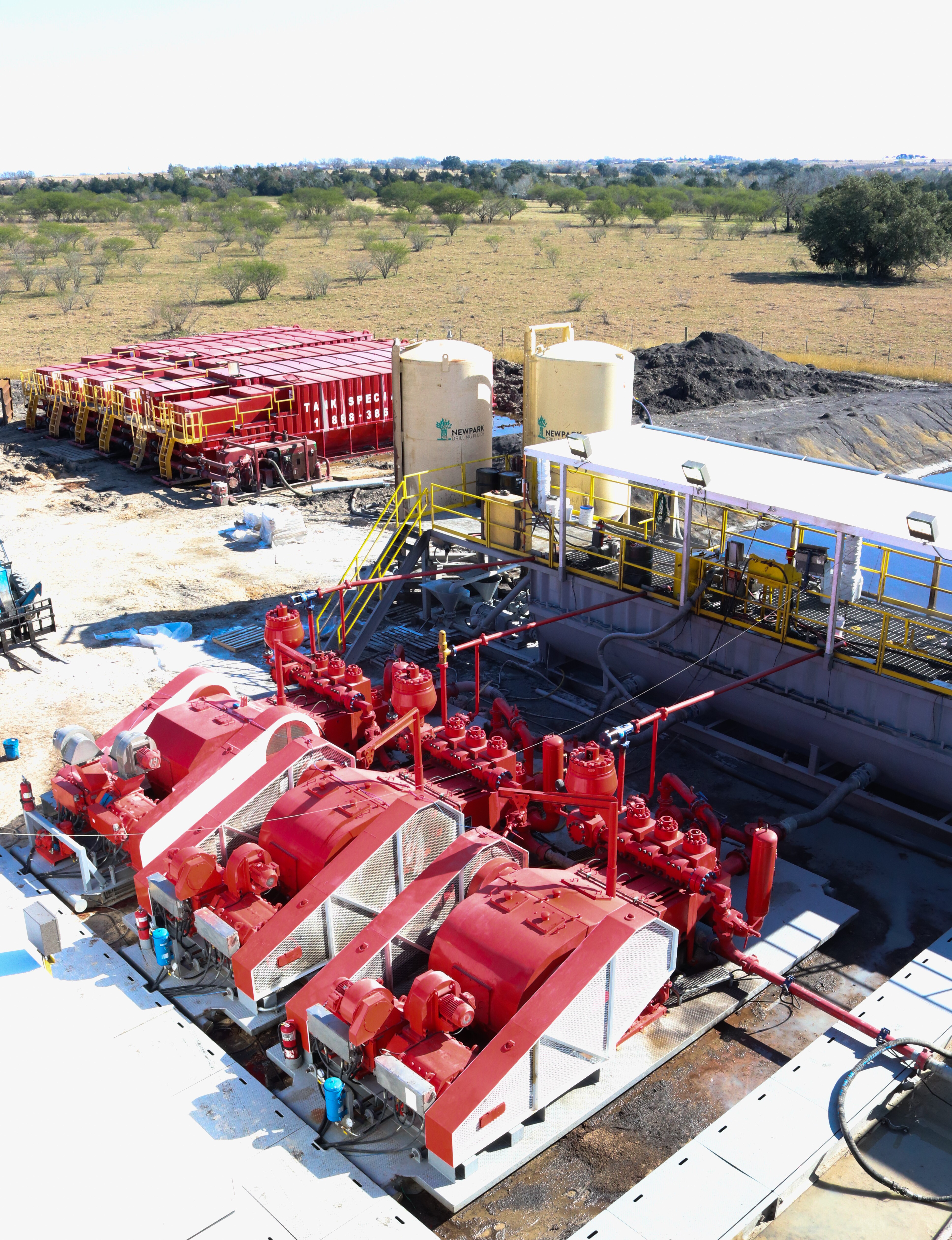 According to Helbling, Rig 16 can now do everything it needs to do while also taking the contractor one step closer to being an AC rig.

“If we’d have gone out and built this rig right away as AC, it would have cost us $25 million,” Helbling said. “We did it for about $11 million, and with a further upgrade down the road, whenever that is, we’ll be somewhere around $15 million. We decided that for us it was the best way to go.”