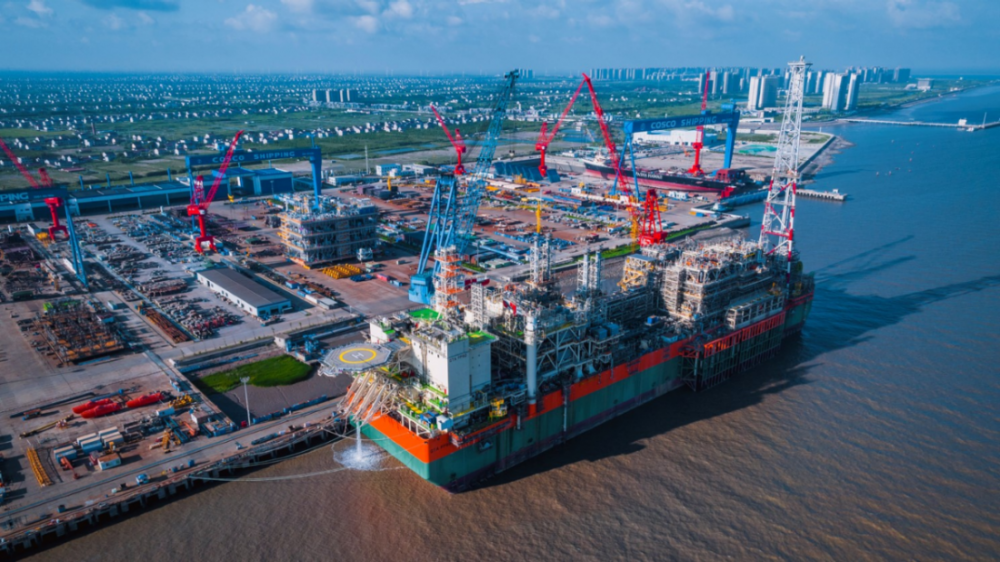 The FPSO is 270 m long, 54 m wide and 31.5 m deep and will be moored offshore Senegal and Mauritania to serve the BP-operated Greater Tortue Ahmeyim development. (Source: BP)

The Greater Tortue Ahmeyim FPSO’s sailaway toward Mauritania and Senegal brings the BP-operated project closer to beginning production for the 2015 discovery later this year.

The FPSO for the Greater Tortue Ahmeyim (GTA) development left the COSCO shipyard in Qidong, China, on Jan. 20 after completing sea trials. It will sail 12,000 nautical miles to West Africa via Singapore. According to project partner Kosmos Energy, the FPSO is expected to arrive offshore West Africa in the second quarter of 2023.

"The sailaway of the GTA FPSO from the shipyard in China is a key milestone for the project. At the end of 2022, the project was around 90% complete and we look forward to an active 2023 where we expect to achieve a number of important milestones for the project and the company," Kosmos Energy CEO Andrew G. Inglis said in a news release.

Technip Energies carried out the GTA’s FEED and subsequently was awarded the engineering, procurement, construction, installation and commissioning (EPCIC) contract in 2019 for the FPSO.

The FPSO is 270 m long, 54 m wide and 31.5 m deep, equivalent to two football fields and the same height as a 10-floor building. The FPSO includes eight processing and production modules and can accommodate 140 people on board.

Phase one of the GTA project calls for producing gas from an ultra-deepwater subsea system in 2,850 m water depth to the FPSO moored in 120 m water depth. The FPSO will handle about 500 MMcf/d from the Tortue Field, removing water and condensate and reducing impurities in the gas stream before the processed gas is exported via pipeline to the nearshore floating liquefied natural gas (FLNG) facility on the Mauritania and Senegal maritime border.

BP said the majority of the gas will be liquefied by the FLNG facility, enabling export to international markets, while some will help meet growing demand in the two host countries. Condensate will be periodically transferred from the FPSO to shuttle tankers for export to market.

During Kosmos Energy’s third quarter conference call, Inglis said the FLNG vessel was expected to leave Singapore in the first half of 2023 with hookup expected in the third quarter of the year.

Like other projects that reached final investment decision in 2018 and 2019, the GTA project faced some COVID-19-related delays.

“The team has delivered this in a challenging environment, including through COVID,” Gordon Birrell, BP’s executive vice president of production and operations, said in a news release.

The FPSO was further delayed by Typhoon Muifa in September, during which the FPSO drifted away from the quayside after the mooring lines were compromised, but significant damage was not discovered, according to a Kosmos update on the incident.

In December 2018, when BP and its partners sanctioned the cross-border development, first gas was expected in 2022. Inglis said during a conference call that first gas could be expected about nine months after the FPSO sailaway, with LNG expected by the end of 2023.

BP said it expects initial production from GTA phase one at 2.3 million tons per annum. The two companies estimate recoverable gas resources in the field at around 15 Tcf.

BP called the GTA gas development the biggest project in the company’s portfolio and said it has enough gas to support production for at least 20 years.

BP and its partners in the field are also exploring the possibilities for GTA Phase Two.