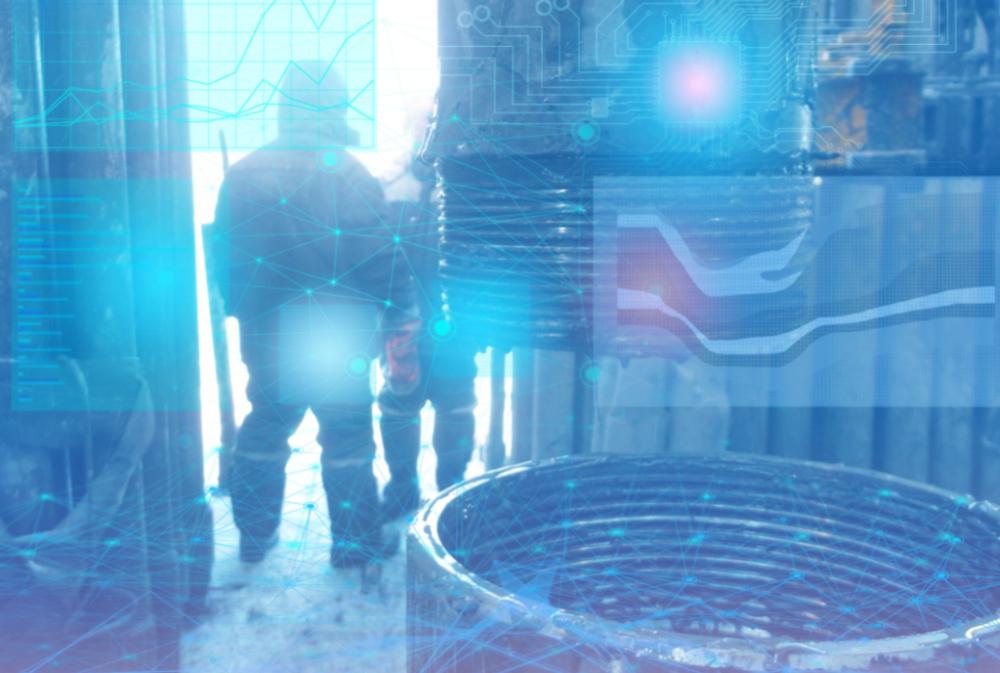 This year’s two-day meeting also included a presentation from Dr. Ali Tura, professor of geophysics and director of RCP, focused on carbon capture and challenges facing the oil and gas industry from the energy transition. (Source: Shutterstock.com)

For the second year in a row, the Colorado School of Mines held its semiannual Reservoir Characterization Project (RCP) meeting virtually via a Zoom conference call.

The group’s Spring 2021 program presented student findings from ongoing and real-world geophysical field projects studying integrated reservoir characterization from across the globe including a Permian Basin project operated by Apache Corp. in West Texas. This year’s two-day meeting also included a presentation from Dr. Ali Tura, professor of geophysics and director of RCP, focused on carbon capture and challenges facing the oil and gas industry from the energy transition.

RCP, part of the Department of Geophysics at the Colorado School of Mines in Golden, Colo., is an independently funded geophysical research consortium dedicated to the study of integrated reservoir characterization. The group, widely recognized as an early leader in advancing research of key technologies for 4D multicomponent seismic applications, held the meeting for its Spring 2021 program on May 4-5 in the same virtual manner as last year’s programs due to lingering restrictions related to the COVID-19 pandemic.

The Chalk Bluff project is in phase 18, and results of the project overview were presented by student Ali Downard. Data for the program is provided by HighPoint Resources from a project in Hereford Field, which straddles the Colorado and Wyoming border within the Denver-Julesburg Basin.

The students are working with ongoing data collection and acquisition. Using methods developed in their lab, the students can be an active part of development and production of the reservoir.

The ultimate goals of the project are to increase recovery and optimize hydraulic fracturing operations for cost-effective development of this unconventional reservoir.

The program seeks to understand drivers and processes of vertical and horizontal connectivity, legacy development effects, and mitigation and stage and clusters pacing. The current objective, according to Downard, is to identify regional geologic controls on the petroleum system heterogeneity and reservoir deliverability.

The reservoir is composed of multi-source sediment accumulation bounded by unconformity in the late Triassic to early Cretaceous reservoir. The project has imaging challenges due to the depositional complexity of the field and determined that and detailed analysis must be done to plan for future development. The research area of the field is comprised of 10 producing wells, four water injector wells, and four new wells with fiber-optic cables installed.

“The current goal is to analyze data from a monitor well and try to determine if any of the changes in the overburden are caused by well instability. The PP and PP-PS pre-stack inversion will help determine water front movement, pressure compartments and if the joint inversion can help identify pressure and saturation changes,” Held said.

“We recently did a joint PP-PS pre-stack inversion of the baseline from 2016 and Monitor 1 well from 2018 ocean bottom cable surveys to separate saturation and pressure changes. The inversion result shows the correlation between the production and injection data, which allowed us to generate pressure and saturation maps” said the researcher.

According to Held, “These maps help us separate the effects of pressure and saturation from development in the field. The project will continue with the incorporation of Monitor 2 data acquired during the summer of 2020. Having three 4-D datasets helps us monitor 4-D pressure and saturation changes, as well as to compare time-lapse processing products from two seismic processing vendors.”

Held also said that the group is waiting on PS data from Lundin and is expected to arrive in the summer.

This RCP project for Brazil’s offshore Jubarte Field in the Campos Basin is operated by Petrobras. The main reservoir deposits are the Maastrichtian sandstones with some shale rock. “This is the main feature that we observe for our reservoir study, ‘Shear Wave Splitting and Anisotropy Analysis of Jubarte Field,’” according to presenter Moacyr de Souza Bezerra.

The project objective is to characterize and monitor permanent reservoir monitoring seismic data from the reservoir by integrating geology, geophysics and petroleum engineering acquired between 2012 and 2015. The seismic data sets include raw field data and processed/migrated common point depth gathers and stacks. According to the researchers, the reservoir characterization from 4D elastic attributes will help to understand the effects of stimulation operations on reservoir properties.

A 33-km array of fiber-optic cables with seismic accelerometers and hydrophones is installed over part of the field to monitor the reservoir fluid changes over time.

Researchers also intend to address both the device coupling corrections and noise attenuation and apply it to new and old field data to ensure repeatability, which will improve the reliability of the overall process, especially with noise attenuation.

The dataset is acquired with engineered fiber optic cable technology. According to presenters Anna Titova and Youfang Liu, the goal of the project is to characterize the stage-by-stage geometry and evolution of the stimulated rock volume by analyzing time shifts and scattered waves observed after each survey.

The project in the Powder River Basin is focused on reservoir characterization from data acquired using modern acquisition technology with compressive sensing (CS).

TGS-NOPEC Geophysical Co. ASA provided a 3D CS survey, well logs, and production data from the Railgun survey in the southern part of the basin. The survey can analyze Teapot Sandstone, Shannon Sandstone, Niobrara, and Mowry shale and allows could enhance exploring and characterizing both conventional and unconventional plays.

The RCP researchers and the Electrical Engineering Department at Mines have developed a new sampling approach called Two-stage Sampling. This sampling method, according to the researchers, works better when compared to Jittered sampling that is normally used by the industry.

CCUS for the Energy Industry

Dr. Ali Tura’s presentation on carbon capture, utilization and storage (CCUS) focused on the problem of CO₂ emissions created by the oil and gas industry that are impacting climate change.

The CCUS technology proposal, according to Tura, separates CO₂ from a gas stream, compresses it to dense-phase form, transports it via pipeline and injects it into geological formations, including oil and gas fields, deep saline aquifers, or coalbeds.

Cleaner energy is being driven a combination of public opinion impact on policy as well as the cost of energy. Tura pointed out how over the past 10 years, in terms of megawatts per hour, solar energy is now more competitive than nuclear power or coal and it is now competitive with gas and wind.

“With these forces acting on the industry, there is a transition on energy strategies and for oil and gas companies that are faced with these changes,” he said. “There are two things they can do—they can either reduce the carbon intensity or expand into ‘clean energy.’ Simply put, wherever you are generating carbon, you capture it instead of releasing it to the atmosphere or transport it through a pipeline, and then sequester it in the ground.”

“At this time,” Tura continued, “we have identified the 10 largest carbon dioxide sources in Colorado and potential storage locations. We are in discussions with several of these operators to conduct a front-end design and economics study on sequestration and enhanced oil recovery (EOR) options. This is a very new and exciting project, potentially a new industry, and a source of revenues.”

EOR using CO₂ captured from a coal-fired power plant could be as profitable as using CO₂ from a natural source if you calculate the cost using tax credits and revenue, according to Tura’s initial studies.

“There is a lot of carbon dioxide that can be captured, especially from coal power plants or a refinery or cement factories—captured carbon dioxide would be transported to a storage location,” he said.

Technology would have to be developed for efficient capture and, in this regard, there are big opportunities for:

There are some national estimates that “green new deal” jobs in energy-efficiency could be 1.8 million jobs in 2030 and up to 4.2 million jobs in 2050. Most of the new jobs may require additional training and education for new workers, or re-education or training for those who may have lost oil and gas related upstream, midstream and downstream jobs during the industry downturn.

“The highest cost associated with CCUS is in capturing carbon dioxide—about 80%,” Tura said. “To make this more economic, you would want to reduce the capture costs and there are several companies and organizations working on this. The transport and storage cost is not high compared to the capture cost.”

Tura also noted that CO₂ is used for some forms of EOR and it could be better and cheaper to use captured CO₂ rather than using a natural, subsurface CO₂ source. RCP is underway with a gas injection program for an Eagle Ford project and a Niobrara project.

What Do We Do Now?

“We need to create public awareness that CCUS is safe and clean and is reducing carbon dioxide emissions,” Tura continued. “In addition, regulations and processes need to be better developed along with incentives, liability, transportation rights (including pipelines and trucks) and subsurface rights and these are all issues out in the open and haven’t been well defined yet.”

Tura said that the RCP project could help with the whole CCUS program by having a multi-company pilot project from which to get data.

“We could start pushing the envelope of what the monitoring is going to be, and help develop best injection practices for enhanced oil recovery,” he said.