It is often said that perception is reality. Unfortunately, many women in the petroleum industry continue to think that their career opportunities are not as good as those of their male peers. A survey that was conducted in November 2013 and January 2014 of 1,200 women and 6,000 men around the world by oilandgasjobsearch.com highlights some major differences of opinion between women and men (see oilandgasjobsearch.com for details). In that poll, 67% of men but only 41.9% of women taking the survey thought that both genders have equal opportunity to be promoted. Furthermore, 86.5% of the women believed that their male counterparts with the same level of experience and qualifications received at least 10% higher compensation, and 35.9% of those women thought that the differential was more than 25%. Without convincing publicly available information to the contrary, many women, including young women who are contemplating a career in oil and gas, are left with the impression that significant discrimination against women persists in the petroleum industry.

A few companies like BP have begun to share data to demonstrate that the percentage of women in higher level positions has increased. However, the information that BP provides on its website is insufficient to enable women to adequately compare career opportunities (Figure 1). What are the definitions of the four categories? What is “other”? How broad is the compensation range for the various categories? Within the categories, are the women clumped near the bottom end of the compensation range? It is a nice start, but more transparent metrics are needed to enable current and potential female employees to effectively understand the status of women within BP and to make informed comparisons of the status of women in different organizations.

Like their male colleagues, women are acutely concerned about their ability to advance. The reason most often cited by both men and women for leaving an employer is insufficient opportunity (Sprunt et al., 2014). A chance to do more interesting work and insufficient opportunity were the two top reasons women left the petroleum industry (Sprunt et al., 2013). “A chance to make a difference” was one of the top factors that would incentivize them to return. Women’s perception of the career opportunities open to them is a major factor in recruiting and retention.

Workplace barriers that women continue to encounter are frequently in the press and much discussed by career women. For example, an academic study documenting gender bias in the evaluation of fictitious resumes for a position as lab manager that was published in the Proceedings National Academy of Sciences (Moss-Racusin et al., 2012) was the focus of an article in the New York Times (Chang, 2012). In that study, two versions of a fictitious resume were created that varied only in whether the first name of the applicant was Jennifer or John. Even though everything else was identical, Jennifer was perceived as being less competent and was offered a salary 13% lower than John. The bias in hiring decision was not related to the age or sex of the person evaluating the resume; women were equally guilty of down-rating other women. The researchers reported that previous studies found similar bias in other occupations. 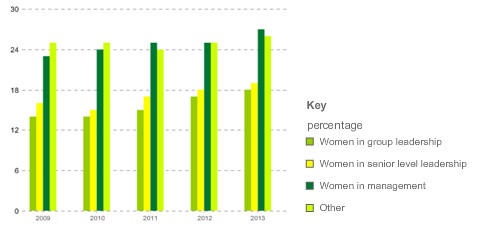 FIGURE 1. This breakdown of women’s roles is useful but lacks granularity. (Source: BP)

In another study with more than 600 participants, Tamar Kricheli-Katz observed that when women compete for high-status positions, they are held to higher standards than men (Nakagawa, 2014). Her research found that as women penetrate high-status occupations, high-status men may experience “identity threat,” prompting them to evaluate women more negatively than before.

Some professions can use “blind” auditions to eliminate gender bias. Through the use of blind auditions, the top five orchestras in the U.S., which each have about 100 musicians and have not expanded in size, transitioned from having fewer than 5% women in 1970 to 25% in 1997, with some now well above 30% (Rice, 2013). In the blind auditions the candidates were hidden behind a screen on the stage so that the selection panel could not see them. The evaluators’ biases were so ingrained that those auditioning were told to remove their shoes before they walked across the stage so that the distinctive sounds of a woman’s shoes would not influence the selection.

Some female industry contemporaries have noted that in the 1980s they were unable to even get interviews until they started providing only their first initials on their applications. Unfortunately, the nature of the work in the petroleum industry does not lend itself to blind auditions. What can be done instead?

There is an old business adage that states, “You can’t manage what you don’t measure.” Dan Ariely (2010), a professor of psychology and behavioral economics at Duke University, takes that a little further. He wrote, “Human beings adjust behavior based on the metrics they’re held against. Anything you measure will impel a person to optimize his score on that metric. What you measure is what you’ll get. Period.”

We need simple, transparent metrics that can be collected annually and easily compared between organizations. The metrics should offer sufficient granularity to detect and monitor problem areas, including choke points beyond which women are underrepresented and also levels at which increased attrition occurs. Those responsible for hiring and for promotions should be held accountable to top management. The metrics should be shared with employees, stockholders and the general public.

The percentage compensation metrics should be reported annually to employees, stockholders and the public. Public access to these metrics will drive change by placing pressure on management to address deficiencies. Knowing how women rank by compensation, not by ambiguous titles, is critical. Titles can be fluff. Money talks.

2022-04-20 - Cheniere Energy is collaborating with midstream companies, as well as emissions researchers from Colorado State University and The University of Texas, to quantify, monitor, report and verify greenhouse-gas emissions in the company's supply chain.

2022-04-22 - The discussions with the Chinese firms include the potential sale of Shell’s stake in the Sakhalin-2 LNG venture, The Telegraph reported, adding that Shell is to be open to potential buyers outside China. 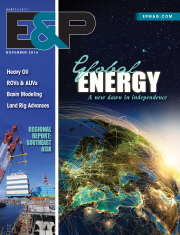