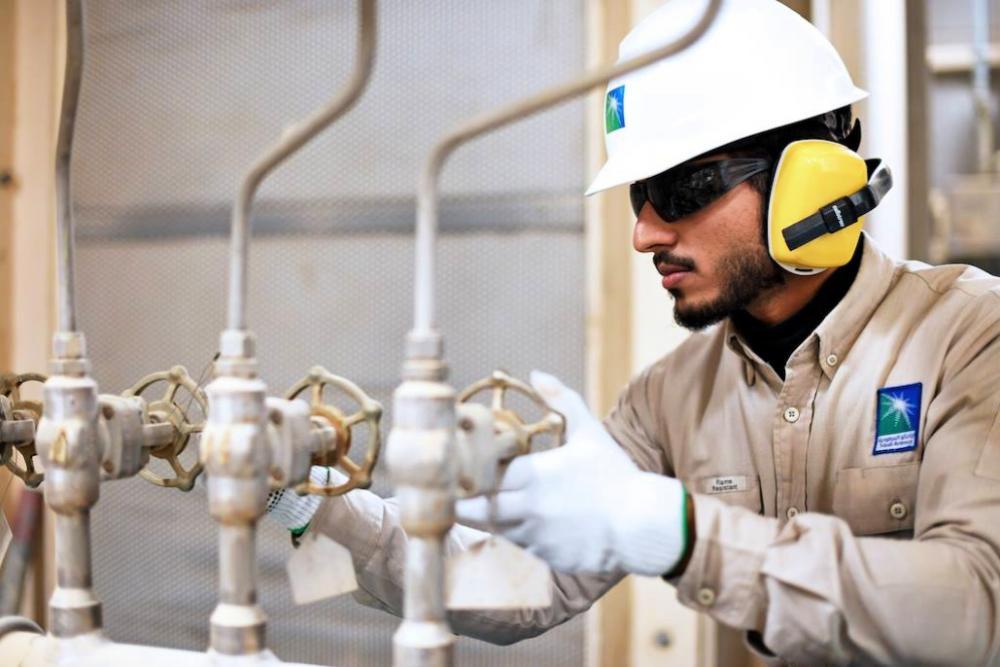 Aramco, in response to queries by Reuters, said Oct. 29 the oil company "does not comment on rumor or speculation." (Source: Saudi Aramco)

Saudi Aramco aims to announce the start of its IPO on Nov. 3, three people with direct knowledge of the matter told Reuters, after delaying the deal earlier this month to give advisers time to secure cornerstone investors.

The people also said Aramco's CEO, Amin Nasser, was not present at the conference on Oct. 29 as he was meeting investors abroad ahead of the offering.

Aramco is looking to float a 1% to 2% stake on the kingdom’s Tadawul market, in what would be one of the largest ever public offerings, worth upwards of $20 billion.

Aramco, in response to queries by Reuters, said Oct. 29 the oil company "does not comment on rumor or speculation. The company continues to engage with the shareholders on IPO readiness activities. The company is ready and timing will depend on market conditions and be at a time of the shareholders' choosing."

The people declined to be identified due to commercial sensitivities.

Saudi Aramco’s IPO: Will It Happen?

The company will soon have more shareholders from institutions, the head of the kingdom's sovereign wealth fund, Yassir al-Rumayyan, said.

Al-Rumayyan, governor of the Public Investment Fund (PIF) and chairman of Aramco's board of directors, was speaking at a panel at the conference in Riyadh.

Aramco will start subscription for investors in its IPO on Dec. 4, Saudi-owned news channel Al-Arabiya said in a news flash on Oct. 29 citing sources.

The oil giant plans to announce the transaction's price on Nov. 17, it added. The company will begin trading on the local stock market, the Tadawul, on Dec. 11, the broadcaster reported.

The prospect of Aramco selling a piece of itself has had Wall Street on tenterhooks since Crown Prince Mohammed bin Salman first flagged it three years ago.

However, his desired $2 trillion valuation has always been questioned by some financiers and industry experts, who note that countries have been accelerating efforts to shift away from fossil fuels to curb global warming, putting oil prices under pressure and undermining producers’ equity value.

Russia's sovereign wealth fund, the Russian Direct Investment Fund (RDIF), is working on a consortium of investors for Aramco's IPO, its CEO said.

“There are several Russian pensions funds who are interested to invest in the Aramco IPO and we have also received indications from our Russia-China fund of some Chinese major institutions also interested in Aramco IPO," RDIF head Kirill Dmitriev told reporters on Oct. 29.

"KIA has not been approached by Aramco or its advisers for the IPO, and KIA will look at the IPO like any other investment," Bastaki told reporters on the sidelines of an investment conference in Riyadh.

Singapore Exchange Ltd.'s CEO Boon Chye Loh on Oct. 29 declined to comment directly on whether the exchange was in talks about a future international listing of Aramco in Singapore.

"As an exchange that offers efficient access into almost 100% of Asia, we are as attractive as any other exchange for any other company looking for capital raising," he said on the sidelines of the conference in Riyadh.

Weatherly Oil & Gas retained EnergyNet for the sale of assets across East Texas and Louisiana through multiple auctions closing Aug. 6.

A private seller has retained RedOaks Energy Advisors as its exclusive adviser in connection with the sale of its Haynesville minerals position located in Texas and Louisiana.