U.S. prosecutors charged a former U.S. employee of a Swiss energy trading firm with bribery and a Florida company pleaded guilty to bribery as a probe into corruption in energy trading widened in the United States.

Authorities in the United States and Brazil are investigating improper payments to officials at Petrobras, Brazil's state-run oil company, as part of Brazil's far-reaching corruption probe, known as Car Wash. The latest U.S. court filings shed new light on the role of energy traders in a scheme that has led to charges against hundreds of powerful business leaders and politicians.

Petrobras said it has been collaborating with authorities since 2014 and was a victim of the schemes.

Javier Aguilar, a former Vitol Group manager based in Houston, was charged on Sept. 22 with conspiracy and money laundering involving a $870,000 bribe to Ecuadorian government officials in order to win a $300 million oil contract. It marked the first indictment of an employee of a top commodities trading house in the probe.

Aguilar, through his attorney, denied the allegations.

The U.S. investigation mirrors efforts in Brazil, where prosecutors are also investigating people connected to trading houses Vitol, Glencore and Trafigura, according to Brazilian court documents. The U.S. Department of Justice (DOJ) involvement was spurred by the involvement of U.S. banks in the alleged payments.

Aguilar was Vitol's chief negotiator for the oil contract, according to a person familiar with the matter. Aguilar set up contracts with intermediaries in the United States to win the deal, the DOJ said in a release.

Vitol said it was aware of the U.S. charges and is cooperating with authorities. The company has anti-bribery and corruption policies and controls in place, a spokeswoman said.

Trafigura said it has a zero tolerance policy on bribery and corruption. "Any suggestion that Trafigura’s current management knew that its payments would be used to make improper payments to employees of Petrobras is not correct," Trafigura said.

Luiz Eduardo Andrade, a Brazilian consultant, separately pleaded guilty to acting as a go-between to win contracts with Brazil's Petrobras, according to a DOJ statement. Andrade did not reply to requests for comment.

Sargeant Marine, a Florida company that once operated a joint venture with Vitol, pleaded guilty on Sept. 22 to working with Andrade and others to bribe officials in Brazil, Ecuador and Venezuela to win contracts for asphalt, an oil-byproduct. The firm will pay a $16.6 million fine, the DOJ said.

Sargeant Marine and Daniel Sargeant, the company's top executive, declined to comment through their attorneys.

Andrade and former Petrobras oil trader Rodrigo Berkowitz were arrested in the United States in December 2018 as part of Brazil's Car Wash investigations. They have been cooperating with the DOJ and Brazil prosecutors in parallel investigations targeting the oil trading houses, according to two people close to the matter in Brazil.

Brazilian prosecutors said at the early stages of the investigation in 2018 that the details being made public were just the "tip of the iceberg" of an international corruption scheme in which trading firms would bribe foreign officials to win contracts.

Petrobras this year lifted a ban imposed in 2018 on dealings with traders Vitol, Glencore and Trafigura.

Enbridge has been working on replacement works on its massive Line 3 pipeline, running from Alberta to Wisconsin, to restore its capacity to 760,000 bbl/d.

Enbridge reported it transported 1 million barrels per day of crude oil more on its key Mainline system across Canada and the U.S. during the first quarter than the year-ago quarter. 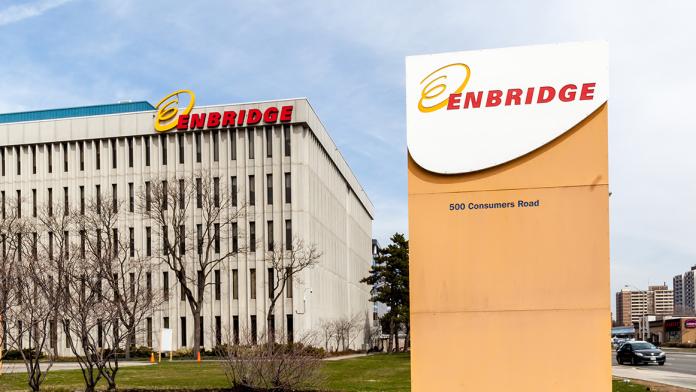 Company plans to apply for contracting approval for Mainline system by year-end.