Ten companies on Oct. 10 agreed to pay more than $2 billion for E&P rights in 12 offshore oil blocks in Brazil, in what could be a promising sign for even bigger upcoming oil auctions.

The most heavily sought-after areas in the auction directly border Brazil’s so-called presalt area, a zone in which billions of barrels of oil are trapped under a thick layer of salt beneath the ocean floor.

Presalt blocks will be up for grabs in two much larger auctions scheduled for Nov. 6 and Nov. 7, including the so-called transfer-of-rights auction, which is expected to fetch about $25 billion for the government.

The biggest move came from France’s Total SA, which, in a consortium with Malaysia’s Petronas and Qatar Petroleum, dropped 4.029 billion reais for one coveted block abutting the presalt area. Total will be the operator, with a 40% stake. Those areas, known as “fringe blocks,” are believed to share some geology with the presalt area.

After the auction, Mines and Energy Minister Bento Albuquerque said the results were “well above expectations,” pointing out that minimum signing bonus for all areas together combined was just 3.2 billion reais.

Other significant winning bids included a bid of 1.116 billion reais by Petronas for a block in the Campos Basin, and a 2.045 billion reais bid from Brazil’s Petrobras and BP Plc for a separate block.

Petronas made another significant move into Brazil in April, when it purchased two oilfields from state-run Petrobras for $1.29 billion.

It was not all positive news for the oil industry, however. 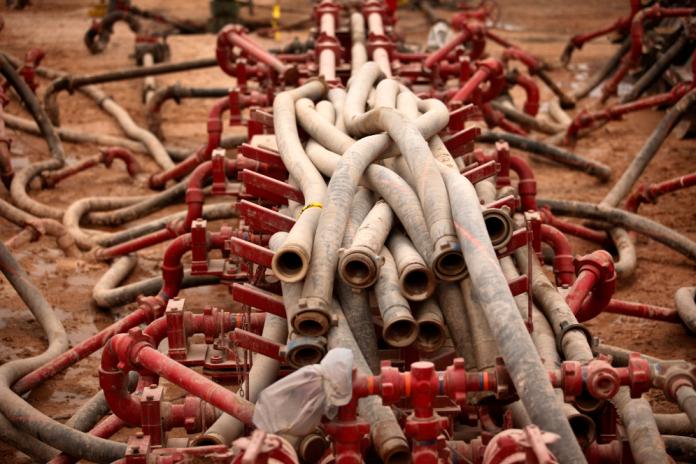 For two years in a row since 2018, Texas RRC staff has taken two days on average to process standard drilling permits, one day below the legislative requirement, a release from the state agency said.