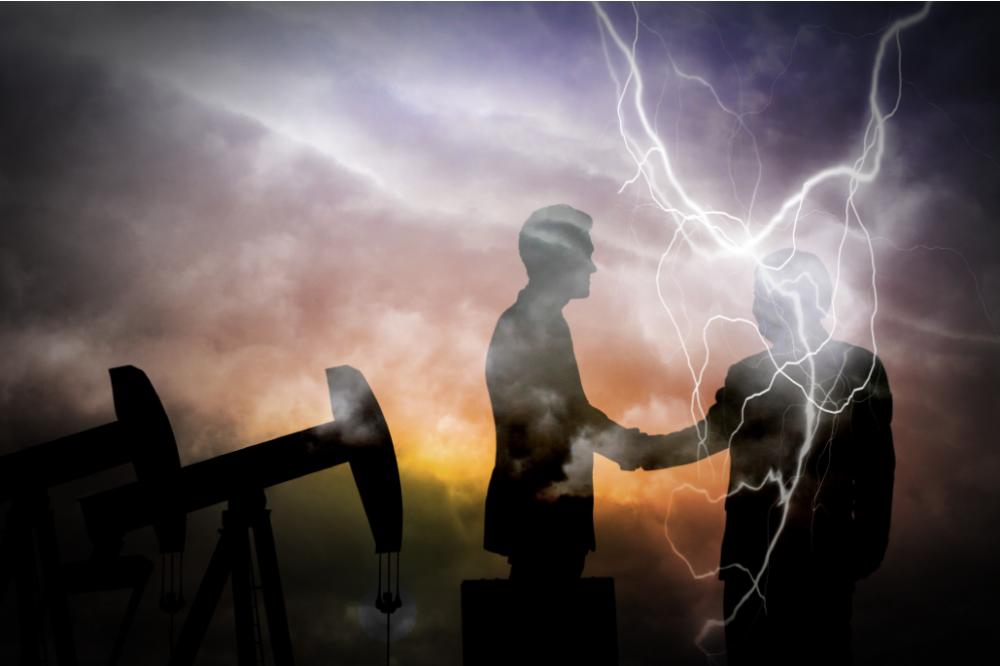 Special purpose acquisition companies (SPACs), or “blank check companies,” have always been a component of the capital market landscape. Touted for their ability to help private companies go public faster without the costly and rigorous process involved in a traditional IPO, SPACs have experienced a resurgence in the current economic environment.

While the traditional IPO market generally remained open to life science, financial services, technology, and healthcare companies in 2020, despite the global pandemic, SPACs are increasingly becoming the preferred path to the public markets for many companies. However, the results of foreign-backed reverse mergers into shell companies and an overinvestment in certain public sectors over the past decade should be a warning sign to SPAC investors, sponsors and auditors that financial and organizational governance cannot be overlooked when considering an initial acquisition.

Most professional service firms have written ad nauseum about “What is a SPAC?” or “SPAC 101”, so we’ll spare you most of those details. SPACs are clearly a faster path to an IPO (i.e., an effective SEC Registration Statement on Form S-1) because they have no historical financial statements or related disclosures through which investors can assess the current management team’s operating results, financial returns or ability to monitor controls and costs. SPAC investors are simply betting on an all-star CEO or private equity sponsor for the chance to approve the company’s first acquisition and balance sheet structure in return for a share of the financial promote previously held only by the sponsor and management team.

Cashing In on the Hype

SPACs aren’t a new concept, but the pandemic has driven some businesses to consider quicker ways to raise money and go public. Recent high-profile SPACs in 2020 include Virgin Galactic’s route to go public in a $720 million blank check deal with Social Capital Hedosophia and Nikola Corp merging with VectoIQ Acquisition Corp that valued the combined company at $3.3 billion. In addition, DraftKings went public via a merger with SPAC Diamond Eagle Acquisition Corp. and a gambling tech business, SBTech Global Ltd., while billionaire hedge-fund manager Bill Ackman raised $4 billion in the IPO of Pershing Square Tontine Holdings, making it the largest SPAC in history.

Energy-related SPACs are also hot. Energy SPACs in 2020 include East Resources Acquisition formed by Terrence Pegula targeting the North American energy industry, which in July filed with the SEC to raise $300 million in an IPO; private equity firm TPG in August reportedly planned to raise around $700 million via two blank check companies—one focused on the technology sector and the other seeking out a target that operates in the energy transition industry; ArcLight Clean Transition Corp., a blank check company formed by ArcLight Capital Partners targeting a renewable energy business, filed in early September with the SEC to raise up to $300 million in an IPO; and Riverstone Holdings LLC in September reportedly planning a SPAC that will buy a business in the clean energy industry.

Investment dollars chasing economic potential are flooding into the SPAC market at a record pace, but are SPAC investors considering the need for underlying fundamentals in a future transaction? By definition, SPAC initial capital must be spent (along with the debt typically needed to consummate a transaction) or otherwise returned to their investors. This begs the question of whether SPACs will overpay for quality assets or be left bidding up the acquisitions of operations lacking the quality or governance to be viable in a public environment.

The current SPAC boom is eerily similar to the shale boom, until 2016 when energy sponsors raised record funds in search of acquiring hydrocarbon assets following the successful traditional IPOs of companies like Diamondback Energy Inc., Parsley Energy and RSP Permian. Large institutional funds were required by their own governance structure to diversify and allocate a certain percentage of investments toward energy.  And that they did. From 2010 to 2016, energy-focused private equity firms raised over $100 billion in funds earmarked for the oil and gas industry and, just like SPAC proceeds today, those funds had to be spent. 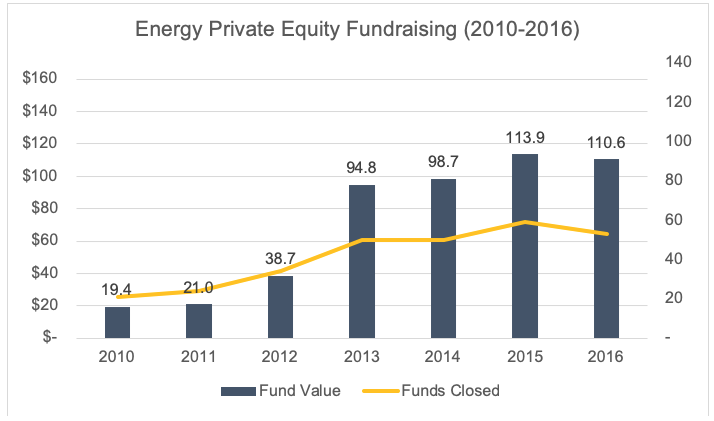 The result was an overinvestment in oil and gas acreage and asset development that either never materialized into a public vehicle or may have been brought to market too early through de-SPAC transactions. Fast forward to today and it appears that an influx of new capital from SPAC IPO proceeds in 2020 may be helping to artificially escalate P/E ratios across all market sectors.

Don’t get us wrong, we love SPACs. Opportune has led all financial statement, disclosure and valuation aspects of over a dozen reverse mergers and “de-SPAC” transactions dating back to 2005. Opportune has also provided back-office outsourcing and technical reporting to support the reverse merger and ongoing operations of the “de-SPACed” entities to clients and private equity firms that lacked an in-house SEC-caliber back-office reporting function.

Attracting capital to the public markets is a good thing, and SPACs have certainly fit that bill in 2019 and 2020. But let’s stop solely touting the “blank check” and start focusing on what really matters—the acquisition and needed governance going forward. Like any acquisition: buyer beware. Management and related sponsors cannot lose sight of the following factors when considering de-SPAC transactions:

A successful listing of a SPAC IPO is just the beginning of the process. SPACs typically have 24 months post-IPO to complete a successful business combination. After a target acquisition has been identified and a deal negotiated, the “de-SPAC” process begins. Once a target is found and the deal is approved by shareholders, consummation of a reverse merger with a target entity completes the third and final step. The longer it takes for a SPAC to deploy funds, the more pressure it is under to consummate a transaction at, potentially, any cost.

To be successful, SPACs need an experienced team of advisors that understand the de-SPAC process and the challenges related to announcing an acquisition, communicating to all constituents (SPAC shareholders, sector-focused institutional investors, employees, key business partners, the media, etc.), and the shareholder proxy statement process.

In a reverse merger, it’s the PubCo’s (i.e., SPAC’s) balance sheet that must be stepped-up to fair value upon closing of the transaction. Accordingly, all consideration given to SPAC shareholders must be valued and included in the purchase price. Goodwill is not uncommon in stock-for-stock exchange transactions. Additional valuation exercises required for a de-SPAC transaction may include the following:

Typically, the existing PubCo continues as the legal parent of the group, although on occasion a new entity can become the legal parent post-transaction (with similar effect). Other pre-exchange steps often occur to posture the two combining groups’ organizational structures for optimal post-exchange operations (e.g., changes in domicile, creation of regarded or disregarded entities to manage state filings, etc.).

Since SPACs have cash on hand to offer as acquisition currency, the results of the de-SPAC merger usually results in at least a partly taxable exchange that can take various paths depending on the desires of the parties. A common and straightforward form is simply a taxable asset purchase, even though the legal form of the exchange might be the purchase of member units of a disregarded limited liability company. Additional PubCo shares and/or warrants are also often present.

Another form referred to in the income tax world is a “disguised sale,” which uses the SPAC’s cash to purchase a portion of the subject properties with the seller retaining some ownership, usually in the form of an operating limited liability company (OpCo) taxed as a partnership. The PubCo is deemed to purchase a portion of the subject assets and is thus entitled to future tax shield through depreciation, depletion and amortization (DD&A) allocations. This structure employs the “umbrella partnership”—c corp (UP-C) pattern.

UP-C structures require additional corporate governance, multiple classes of OpCo units and significant registration and financial statement disclosure. Further, additional PubCo shares (either common or preferred) and warrants are often issued in these arrangements. And finally, there may or may not be a Tax Sharing Agreement employed, which shares the tax benefit from the increase in tax basis afforded to the PubCo from the taxable portion of the de-SPAC with the seller who was taxed at the time of the sale.

Either of these structures may be used on de-SPAC mergers involving assets from a bankruptcy estate.

Another form can result in a partly tax-free reorganization with income tax deferred on shares exchanged for shares. Cash is typically taxed when received, even if the stock portion of the consideration given by the SPAC is tax deferred due to meeting one of several possible tests for a reorganization under U.S. tax law.

Additionally, planners in cross-border events must be wary of existing U.S. corporate inversion rules designed to tax effective control of an entity leaving the U.S. tax regime. Rumored tax law changes under the new administration may enhance the effectiveness of these obstacles.

Effective tax rates in these hybrid OpCo structures are often very non-intuitive as the portion of OpCo income is taxable (and subject to ASC Topic 740, Income Taxes), while the non-controlling interest in the OpCo (which may actually be controlling) is taxable to the sponsors. The PubCo retains its tax attributes from its SPAC days, but these attributes (net operating losses, or NOLs, and transaction costs) may be subject to being reserved on the registrant’s books until actual future usage.

Needless to say, there are many moving parts to SPAC acquisitions and timing the market is critical. Most attorneys and bankers will say that delays in being ready to hit market windows at the right time are always due to financial statement audit issues and closing an acquisition before the contractual termination of a SPAC is no different. Opportune’s financial reporting, valuation and tax teams have a proven history of being accountable to management in providing the technical expertise and transaction experience to ensure that financial statement-related delays don’t occur.

Josh Sherman is the partner in charge of the Complex Financial Reporting group of Opportune LLP. Sherman has 20 years of experience in advising financial and accounting executives on the formation, support and analysis of their teams. In addition to helping dozens of private and public energy companies through the start-up, growth, IPO and divestiture phases of their life cycles, He is currently an independent board member of U.S. Energy Development Corp., and previously served on the board of directors as audit committee chairman of JP Energy, Trans Energy and Voyager Oil & Gas.

Lynn Loden is in charge of Transaction Services and Taxation for Opportune. He has over 40 years of corporate tax and accounting experience with Big Five public accounting and similar professional services firms. Loden has advised public and private companies across all industries, including both traditional and renewable energy, and has significant experience in mergers and acquisitions, roll-ups, spinoffs, IPOs, SPAC formation and de-mergers, lease and project finance, and troubled debt restructurings and bankruptcies.