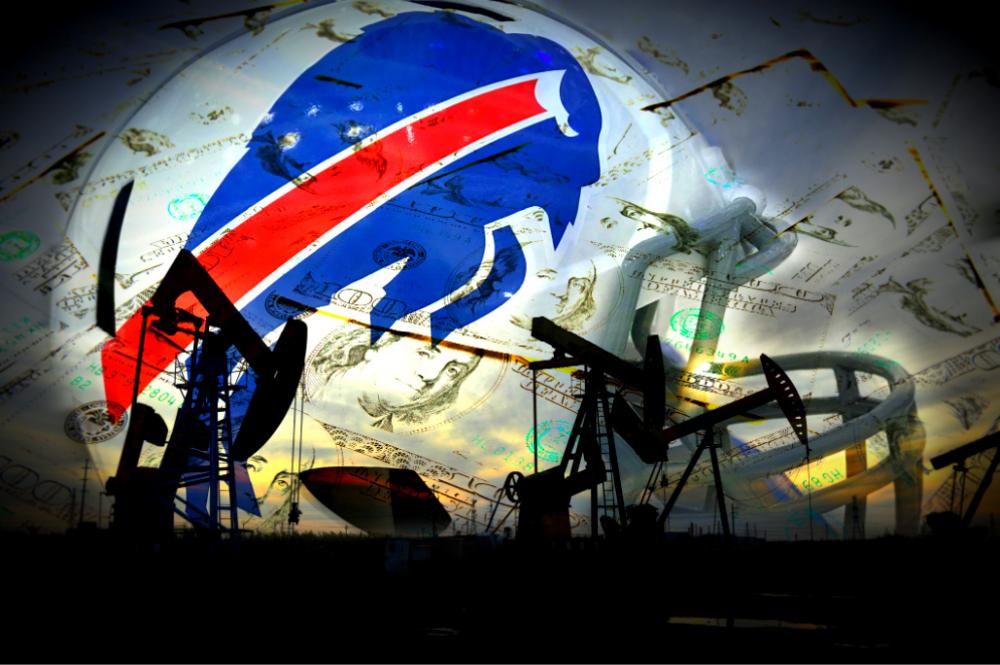 Billionaire NFL and NHL team owner Terrence M. Pegula’s foray into the world of blank-check oil and gas companies has culminated in an IPO of $300 million in gross proceeds, according to federal regulatory filings.

The newly public company, East Resources Acquisition Co., plans to acquire assets as low commodity prices cause distress across the industry. Pegula will serve as the company’s chairman, CEO and president.

Pegula largely made his fortune through deals in the early part of the last decade. In 2010, he sold East Resources Inc. to Royal Dutch Shell Plc for $4.7 billion. In 2014, he was majority owner of the assets sold by HG Energy LLC to Aubrey McClendon’s American Energy Partners LP for $1.75 billion.

Those paydays allowed Pegula, worth an estimated $5 billion, to create what Forbes described as his “sports empire.” He has continued to operate oil and gas interests through entities operating small assets in Texas, Colorado and Wyoming through East Management Services, of which he is owner and vice president.

In keeping with other blank-check or special purpose acquisition corporation (SPAC) entities, East Resources has not specified a particular target for acquisition other than it will search for deals and combinations in the U.S. The company’s executives and board have a broad scope of experience including the Marcellus and Utica shales, West Texas and offshore Gulf of Mexico.

Guided by Pegula’s 40 years of experience and relationships in the industry, East Resources will seek to acquire operational control and look for companies with the ability to reduce costs, increase production or optimize operations to create “improved economics and returns to shareholders.” Further criteria for acquisitions include one or more companies with onshore oil and gas operations that have significant reserves, a history of production and free cash flow generation from existing operations.

The company said its deep industry knowledge and investing experience and the low values of assets, makes the downturn an ideal time to buy.

“We believe that there is a unique and timely opportunity to achieve attractive returns by acquiring and exploiting oil and natural gas exploration and production assets in proven basins with extensive production history and limited geologic risk,” the company said in a prospectus filed July 20 with the U.S. Securities and Exchange Commission.

East Resources is also tied by common board members and management to JKLM Energy LLC, which was founded by Terrence Pegula. The independent oil and gas company operates a 120,000-acre position in Pottery County, Pa., where it has targeted the Burkett, Marcellus and Utica.

Wells Fargo Securities LLC served as the sole book-runner for the offering. The company has granted the underwriters a 45-day option to purchase up to an additional 4.5 million units at the IPO price to cover over-allotments, if any. Latham & Watkins LLP represented East Resources Acquisition Co. in the offering with a corporate team led by New York partners Marc Jaffe and Ian Schuman and Houston partner Ryan Maierson.

In addition to his businesses, Pegula has been appointed by Pennsylvania governors to the Marcellus Shale Advisory Commission and the Penn State Board of Trustees. In 2020, he was appointed to serve on the National Petroleum Council by U.S. Energy Secretary Dan Brouillette.

Here’s a quicklist of oil and gas assets on the market including Gulf of Mexico package consisting of ORRI in 266 wells offshore Louisiana plus BlackBriar Royalty Austin Chalk and Eagle Ford properties.