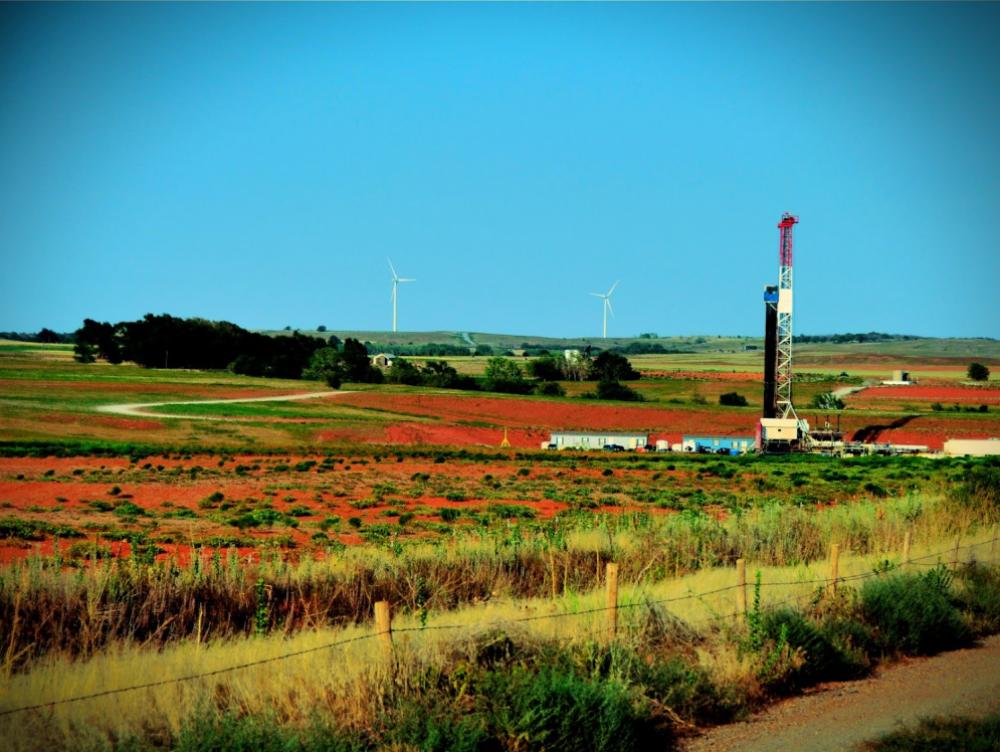 Drilling for oil, as seen here in Oklahoma, must co-exist with alternative sources such as wind for power gen (for charging EVs). Both will be needed to meet energy demand. (Source: Hart Energy)

The history of the energy industry can sometimes be ironic. In June 1752, Benjamin Franklin proved lightning’s link to electricity during a thunderstorm in Philadelphia. More than a century later, in August 1859, Col. Edwin Drake launched the U.S. oil age with his well in Titusville, northwest Pennsylvania, and the nascent auto industry soon switched from electric motors to gasoline refined from crude.

Today, what’s old is new again, for experts think that in the future, electricity will replace the internal combustion engine for most transportation options. Meanwhile, economists at the Kleinman Center for Energy Policy at the University of Pennsylvania recently published a study looking at oil’s future, comparing the many different projections on when global oil demand will peak.

Experts agree: The world is at the start of a Great Energy Transition from oil to other forms of energy. Oil will still be used in 20 or 30 years, but it will account for a smaller percentage of the whole energy mix. The extent of this transition, its timeline and what it could mean for oil producers is a matter of serious debate. Although most sources have two or three scenarios, a general consensus is emerging that global oil demand will peak between 2030 and 2040, certainly by 2050, followed by a plateau and then a long tail.