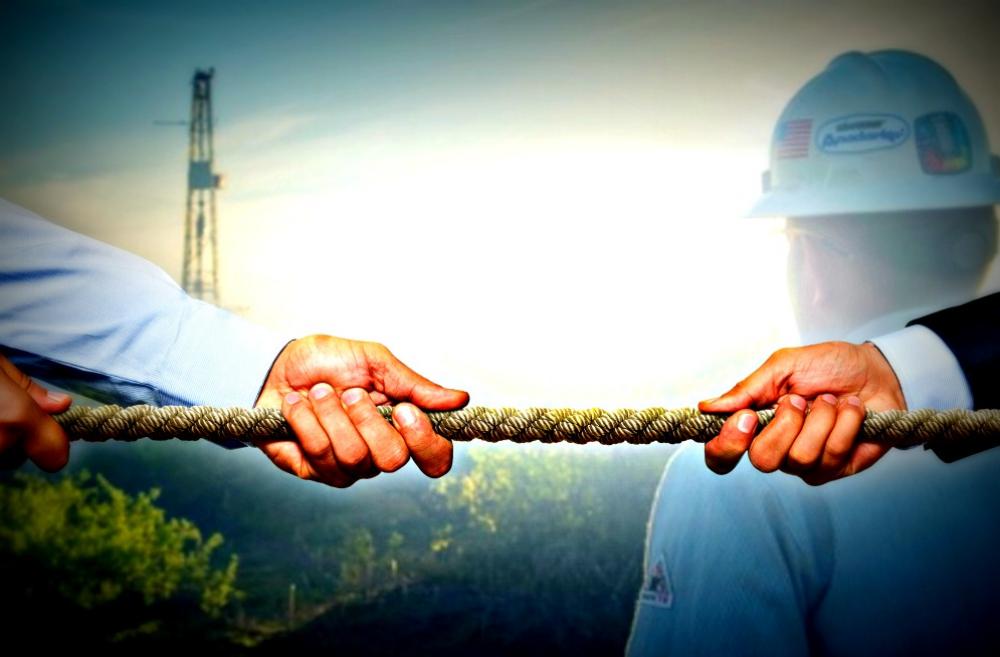 Occidental Petroleum said April 24 that its $57 billion takeover offer represents a premium of about 20% to the value of Anadarko’s pending transaction with Chevron. (Source: Anadarko Petroleum Corp./Shutterstock.com)

[Editor's note: This story was updated at 2:49 p.m. CDT April 24. Check back for updates on this developing story.]

Houston-based Occidental set forth terms of a proposal to acquire Anadarko for $76 per share, which the company said represents a premium of about 20% to the value of Anadarko’s pending transaction with Chevron as of April 23.

The 50-50 cash and stock transaction is valued at $57 billion, based on Occidental’s closing price on April 23, including the assumption of net debt and book value of non-controlling interest, according to the company press release.

“We have been focused on Anadarko for several years because we have long believed that we are ideally positioned to generate compelling value from a combination with them,” Vicki Hollub, president and CEO of Occidental, said in a statement on April 24. “We look forward to engaging immediately with Anadarko’s board and stakeholders to deliver this superior transaction.”

Occidental’s interest in acquiring Anadarko was first reported by CNBC on April 12 following the announcement of Anadarko’s merger agreement with Chevron. In the report, CNBC said Occidental had submitted a cash-and-stock bid for Anadarko worth $70 per share, citing unnamed sources.

In a letter to shareholders made public on April 24, Hollub confirmed those rumors saying the company has “long admired Anadarko.” Further, Occidental revealed in the letter that it had been in talks to acquire Anadarko, making three acquisition proposals since March, each significantly higher than the $65 per share transaction with Chevron announced April 12.

“Our most recent proposal, conveyed in writing on the morning of April 11, followed by a merger agreement we were prepared to sign, was for $76 per share, comprised of 40% cash and 60% stock,” Hollub said in the April 24 shareholder letter. “We were surprised and disappointed that your board did not engage with us on that proposal, or our proposal of April 8, even though both were significantly higher than the price you accepted from Chevron.”

As a result, Hollub said Occidental is now proposing to acquire Anadarko for $76 per share, but with a higher cash component comprised of $38 in cash and 0.6094 shares of Occidental common stock per Anadarko share. 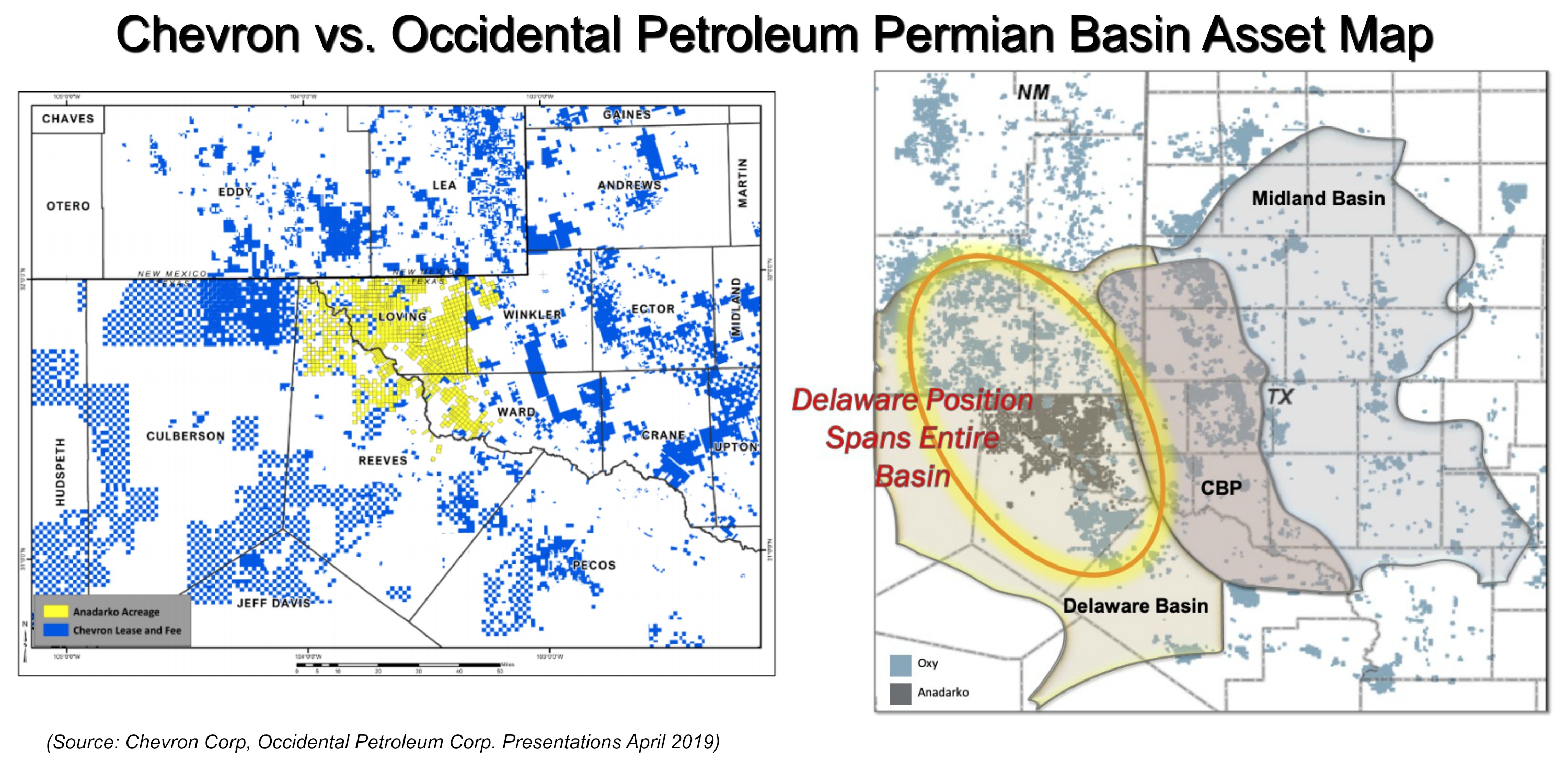 Anadarko confirmed it received the unsolicited proposal from Occidental on April 24. The company said its board of directors will carefully review Occidental’s proposal to determine the course of action in the best interest of Anadarko stockholders.

“The Anadarko board has not made any determination as to whether Occidental's proposal constitutes, or could reasonably be expected to result in, a superior proposal under the terms of the Chevron merger agreement,” Anadarko said in the release. “The Anadarko board expects to respond to Occidental’s proposal upon completing its review, and accordingly reaffirms its existing recommendation of the transaction with Chevron at this time.”

The competing bid raises the question as to whether Chevron may have to raise its current offer for Anadarko, said Biraj Borkhataria, energy research analyst with RBC Capital Markets.

Based on RBC calculations, Chevron could afford an additional $9 per share in cash for each Anadarko share while still maintaining its capex commitments, current dividend and ongoing buyback program on an organic basis, Borkhataria said.

“While this is not the optimal outcome for Chevron given the opportunistic bid, we think it could likely be defended given that in our view potential synergies are likely to be [greater than] $2 billion over time,” he said in a research note on April 24.

Occidental said it has identified $3.5 billion in synergies through its proposed combination with Anadarko, comprised of $2 billion in annual pre-tax run-rate cost synergies and $1.5 billion of capital reduction. Meanwhile, Chevron had previously said it would generate roughly $2 billion of synergies annually as a result of the merger.

Analysts with Tudor, Pickering, Holt & Co. (TPH) believe Occidental’s April 24 bid is more representative of the true value for Anadarko. However, the analysts see the overall asset base of Anadarko as more of a strategic fit with Chevron.

“While this public release formalizes [Occidental’s] bid for [Anadarko], an asset which management has been looking at since 2017, we continue to believe there are other potential deals on the market that are smaller in nature, offer more contiguous Permian acreage to [Occidental’s] existing position, and offer similar [general and administrative] synergies while generating [free cash flow],” TPH analysts said in a research note on April 24.

Occidental claims its acquisition of Anadarko would create a high-return, cash-generating energy company with an enterprise value of over $100 billion. The combined portfolio would include a mix of U.S. unconventional, global conventional, midstream and chemical assets.

Combined, Occidental expects its production would grow to 1.4 million barrels of oil equivalent per day (boe/d). The company total reported production in fourth-quarter 2018 was about 700,000 boe/d.

Particularly, the addition of Anadarko’s position in the Permian Basin would make Occidental the largest producer in the basin with 533,000 boe/d of production.

“The deal underscores Occidental’s need to scale up in the Permian Basin,” Sutherland said in an emailed statement on April 24. “If the deal goes through, it would give the company Exxon Mobil or Chevron-like Permian scale, and set them up to join the million barrels of oil equivalent per day Permian club in the late 2020s, according to our base case.”

The acquisition of Anadarko would also mark Occidental’s entry into deepwater Gulf of Mexico (GoM) and LNG, she added.

Analysts with Capital One Securities Inc., however, questioned how good of a fit Anadarko’s assets would be for Occidental.

“[Anadarko] operates several large projects in the GoM and is involved in a large international LNG project, both areas where [Occidental] has no recent significant experience,” the Capital One analysts said in a research note on April 24. “At the same time, [Occidental] will be materially adding debt and leverage to its balance sheet.”

Occidental said it has committed financing in place with BofA Merrill Lynch and Citi for the cash portion of its proposed transaction. The company also plans to execute between $10 billion and $15 billion of planned asset sales in the next 12 to 24 months, according to an investor presentation.

“In order to finance the transaction, including the [roughly $19 billion] cash component, we estimate [Occidental’s] pro-forma 2020 net debt/EBITDA will increase to 2.3x from 0.7x standalone, while estimated 2020 EV/EBITDA is little changed at 6.4x for the proposed combined company compared to 6.5x for [Occidental] standalone,” Capital One analysts said.

“Financially, the deal would be a big stretch for Occidental,” she said.

Occidental said its board of directors has unanimously approved its takeover proposal for Anadarko. The company expects to seek the approval of the shareholders of both companies and close a transaction in the second half of 2019.